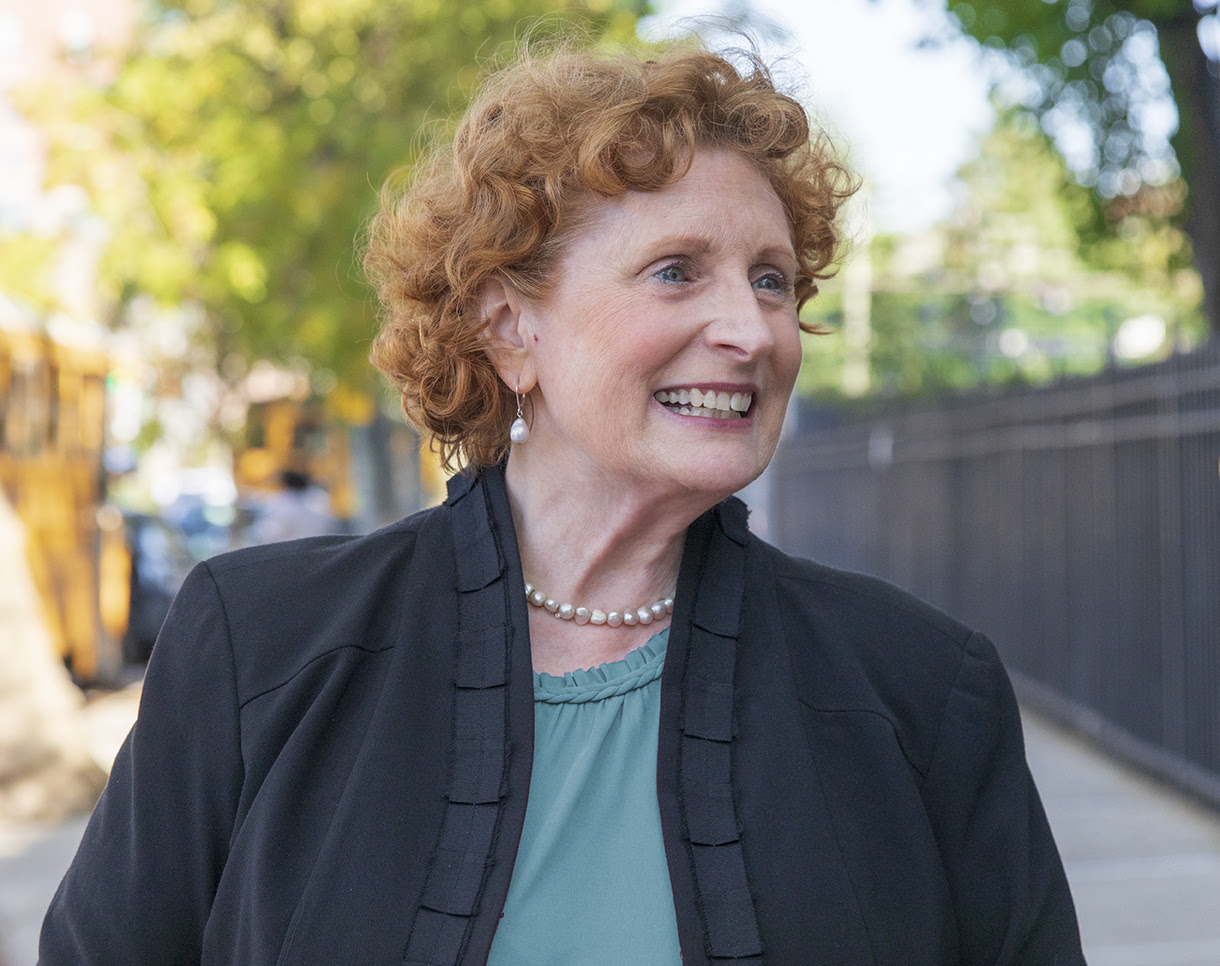 The club held its congressional endorsement meeting on July 5. That followed a three-session forum in which 12 of the large field of 13 candidates in the race responded to prepared questions during virtual interviews. Candidates also submitted written responses about their top issues and proposed solutions.

The newly drawn district represents all of Manhattan south of 14th Street, plus Brownstone Brooklyn and Borough Park.

The forum was co-hosted by D.I.D., along with the Grand Street Democrats, New Downtown Democrats, Village Independent Democrats and the Village Reform Democratic Club.

D.I.D. President Richard Corman, who conducted the interviews, said, “D.I.D. is proud and delighted to endorse Jo Anne Simon for CD-10. Club members appreciated her strong grasp of issues important to our neighborhoods, including support for 9/11 health issues, 100 percent affordability at 5 World Trade Center, education and concerns over overdevelopment and displacement. Her track record as assemblymember for the Brooklyn part of CD-10 demonstrates she has the skills and community connection necessary to represent our communities well in Congress.”

In her endorsement interview, Simon noted she’s “a working-class kid from Yonkers” whose grandparents immigrated from Italy and Puerto Rico.

She said she was compelled to get involved in community activism “early on” after a shooting in a bodega across from her house. She’s a disability civil-rights lawyer and a former teacher of deaf students.

Simon said she’s well positioned for the primary race, noting of her Brooklyn Assembly district, “I represent about 30 percent of the vote in the district, currently.”

In that context, Simon referred, in passing, to the Soho/Noho rezoning, which two other candidates in the primary, de Blasio and Rivera, supported.

She also slammed the city’s ULURP land-use public review process, in general, saying, “ULURP was done to make it look like you had input. You really don’t. You really only get crumbs out of ULURP.”

As for coastal resiliency, Simon, referring to the plan to raise Wagner Park, said, “What they’re doing there in Battery Park is nice — but it’s not going to last long enough.”

In addition, in her written responses, she referred disapprovingly to what has been going on in in East River Park under the East Side Coastal Resilincy project, which is supported, again, by both de Blasio and Rivera.

“Brooklyn and Manhattan share a tremendous need for the resiliency of their waterfronts,” Simon said. “One concern is how to preserve green space while also preparing for climate change and local flooding — the city, has made it an either-or issue. On the East Side, it chopped down gorgeous cherry trees in the name of flood prevention. Some environmentalists believe that that was unnecessary and that the resiliency measures are not sufficient for a long enough period of time. The loss of trees makes for heat islands when we have an even greater need for parks and trees. But we also need climate justice in developing our workforce in green jobs and business operations, and we need as a country to support those initiatives with real dollars.”

Simon wrote that her top issues are “fighting climate change, protecting reproductive rights, ending gun violence, ensuring an equitable education for all, reviving our economy and protecting our democracy and vulnerable people who are being marginalized right now.”

Returning to her virtual interview, she said she supports expanding the U.S. Supreme Court, plus imposing term limits on the justices, since “lifetime tenure has made them completely irresponsible,” adding, “I don’t think they can be trusted.”

Asked how she would address both rising crime and America’s high incarceration rate, one solution Simon offered is to raise the minimum wage, which she said would give people “dignity and enough to live on.”

The assemblymember added that, although her district — which, she noted, used to be much more diverse — is in Brooklyn, it shares similarities with Lower Manhattan. De Blasio’s base is also in the Brooklyn part of the district, where he lives and formerly was a councilmember.

Sean Sweeney, the influential Lower Manhattan political club’s vice president, added of Simon, “She impressed D.I.D. members at the forum the Downtown clubs held last week. She was able to address knowledgeably and favorably a lot of the local Downtown issues and questions that concerned the club members.

“Also, her name has been mentioned positively amongst the political insiders Downtown for quite some time. So, although she is not a household name here, her reputation proceeded her.

“She also represents Brownstone Brooklyn, which has a remarkably high voter turnout,” Sweeney noted, “so that puts her in contention. As for de Blasio taking votes from her, I think the Brownstoners of Brooklyn likely feel the same about him that the residents of Lower Manhattan and New York City do. He was a flop. Thus, in a choice between a failed mayor or a successful assemblywoman, I don’t see de Blasio hurting her much. So she definitely has a shot, especially if the other progressive Downtown clubs follow suit.”

To view all the D.I.D. forum candidate interview videos, as well as the candidates’ written responses to questions, click here.