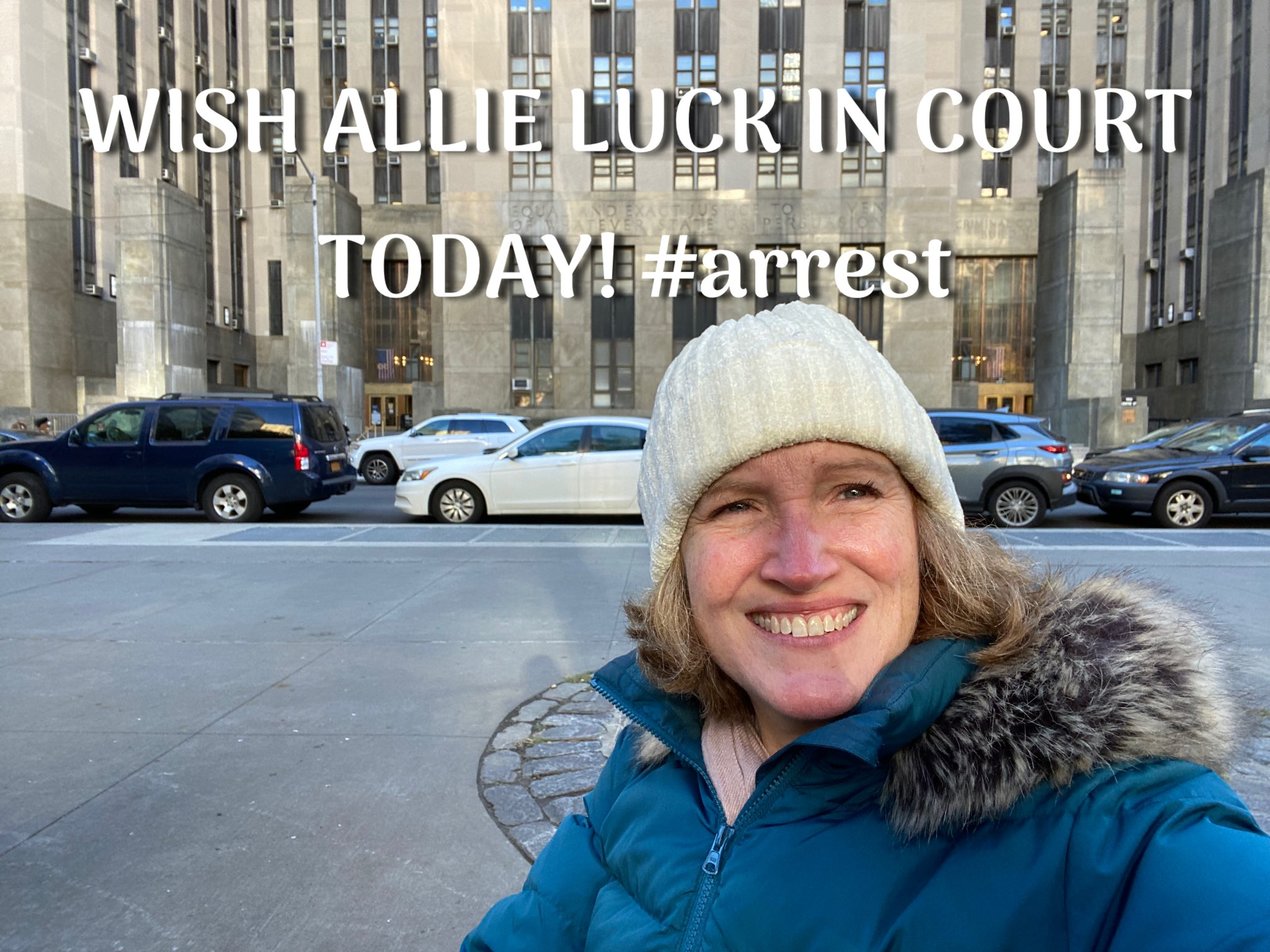 BY THE VILLAGE SUN | They got off — but will the East River Park’s trees?

However, on Friday, the Manhattan district attorney ultimately chose not to prosecute the pair and they were in and out of court in 10 minutes.

After beating the rap, Ryan, who noted she had never been arrested before, said she was working on her statement for a press release.

The two activists were arrested earlier this month while they were peacefully protesting and observing the deconstruction of eight of the Brian Watkins Tennis Center’s 12 courts, part of the first day of “phased work operations” for the East Side Coastal Resiliency project. The two were accused of blocking the construction entrance to the courts.

Under the $1.45 billion E.S.C.R. plan, which would raise the 46-acre park up to 10 feet to put it above the floodplain, all of the park’s nearly 1,000 trees would be cut down. The work has been on hold since Nov. 4 due to a temporary restraining order connected to the appeal of a community lawsuit against the contentious project.

Ryan ran as an independent on the Neighborhood Party line in the recent Nov. 2 general election for the East Village’s Second Council District.

Representing Ryan and O’Malley in court Friday was Maud Maron, a friend of Ryan’s who ran in both the Democratic primary and general election for Lower Manhattan’s First Council District.

Corrections: The original version of this article said East River Park is 60 acres. However, that figure also factors in the related coastal-resiliency work currently being done north of the park’s E. 13th Street end, at Assey Levy Playground and Stuyvesant Cove. Also, when associated sewer-replacement work is included with the East River Park reconstruction, the price tag rises from $1.3 billion to $1.45 billion.