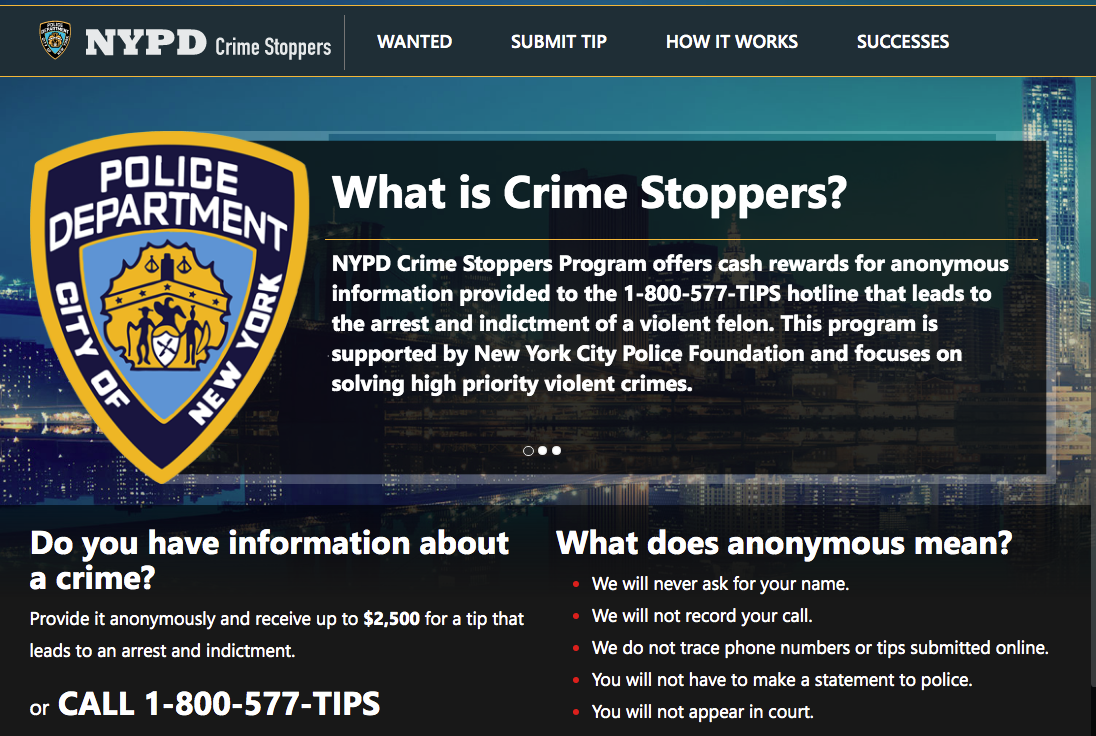 BY THE VILLAGE SUN | With New York State’s new criminal-justice reform changes, some people may now be wondering if tips to the Crime Stoppers Hotline are still confidential.

At least one reader of The Village Sun was. And after reading a crime item in the paper on an East Village robbery, she e-mailed to ask.

“Regarding the theft from the E. Second St. apt, the police ask for help and CRIMESTOPPERS assures confidentiality,” she wrote. “But it is my understanding that the new crime reform bill assures suspects access to…names of witnesses before trial. Are any witnesses protected anymore?”

Among the sweeping reforms passed in Albany last April is a change to pretrial discovery requiring prosecutors to disclose their evidence to the defense earlier in the proceedings.

Prosecutors must now turn over the names and statements of witnesses, as well as witnesses’ contact information, plus electronic recordings, including 911 calls — regardless of whether the prosecutor intends to use them at trial.

Critics have raised the alarm that the discovery reforms put witnesses at risk of harassment, intimidation or worse.

However, in response to a question by The Village Sun, a New York Police Department spokesperson said information from tips to the Crime Stoppers Hotline, 1-800-577-TIPS (8477), is not among the things prosecutors must now share with the defense during discovery.

“They are still confidential,” said Sergeant Jessica McRorie, a spokesperson for the N.Y.P.D.’s Deputy Commissioner for Public Information.