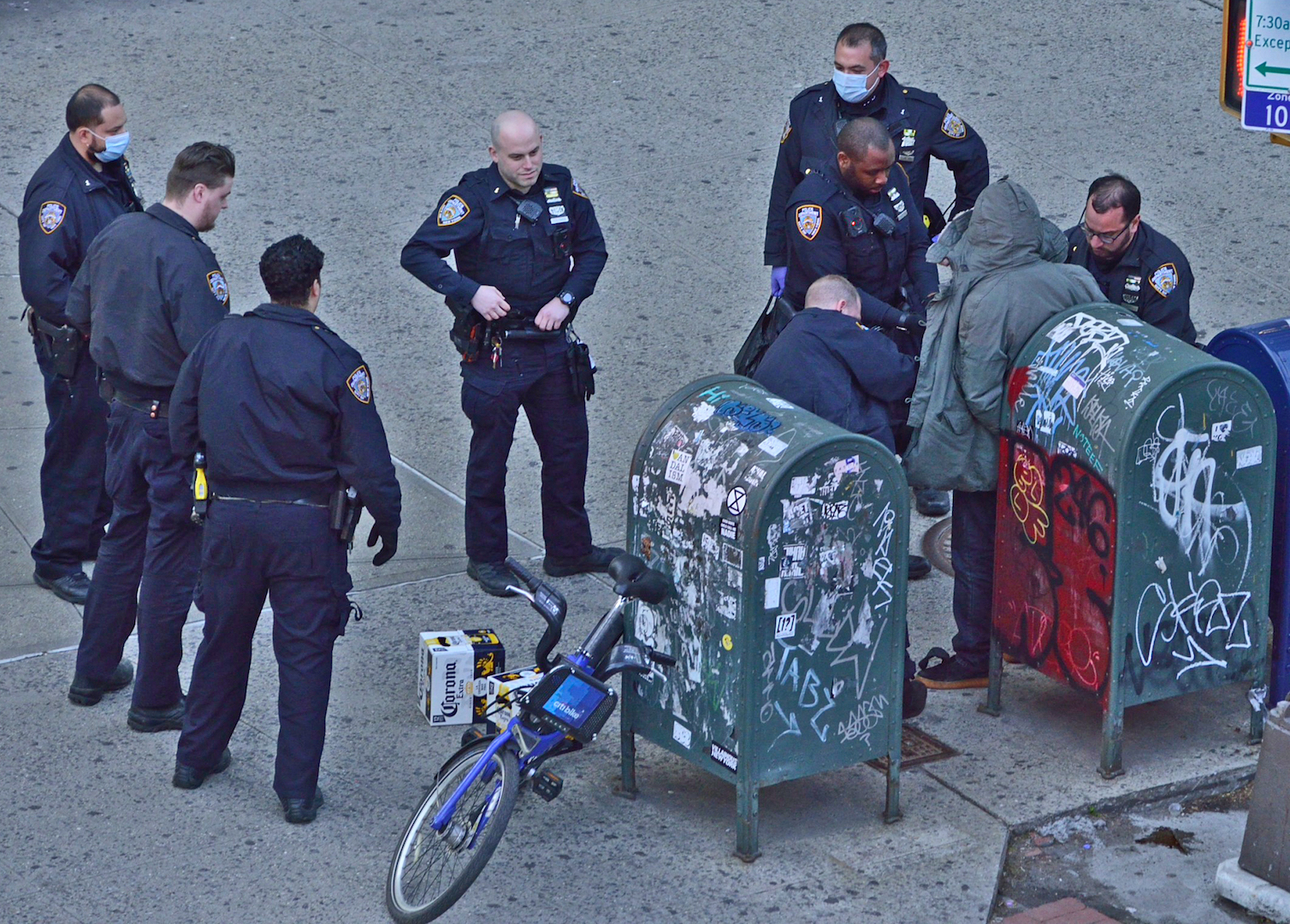 Police cuff an alleged Corona crook outside the CVS at Sixth Ave. and Spring St. (Photo by Harry Pincus)

Apparently, a CitiBike-riding thief was not “distancing” from a case of Corona beer left on the sidewalk — just the opposite, he was trying to swipe it.

There was a heavy police response, with 12 officers arriving at the scene in five patrol cars.

As Pincus relates: “This was outside of the CVS on the corner of Spring St. and Sixth Ave. This guy must have been stealing the Corona beer, because I saw workers in masks from the CVS coming out of the store and yelling at someone just before the arrest.

“From the look of it, he was pilfering the beer which was lying on the street beside a CitiBike.

“Soon there was a phalanx of police cars and this gentleman was being arrested.

“Perhaps he was going to flee on the CitiBike, because it appears to be just lying there. You’d have to get the police blotter report to know for sure, but they put him in the police car and drove away.”