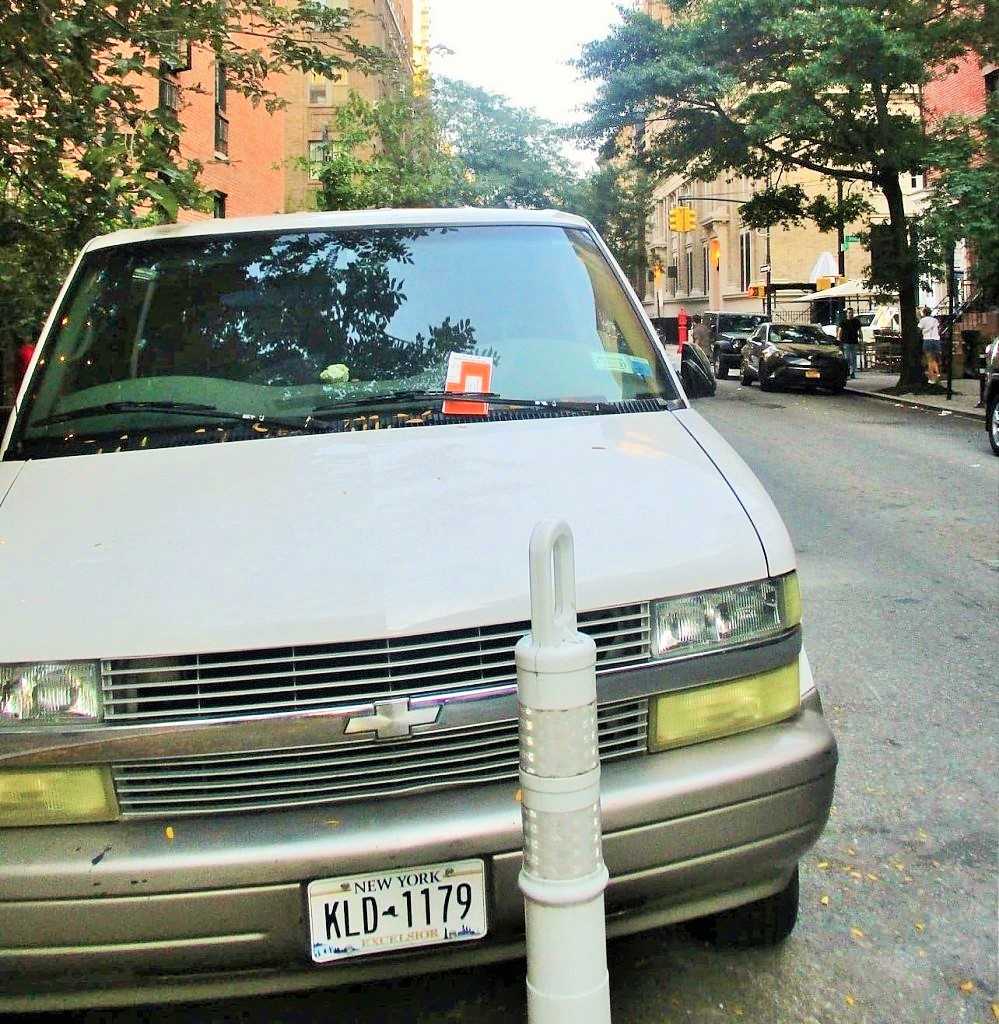 BY MARY REINHOLZ | Demonstrating that no one is above the law, 13th Precinct traffic cops slapped a summons on a white van illegally parked in a metered two-hour zone outside the self-described “diplomatic residence” in Gramercy of Paolo Zampolli, a Trump crony and United Nations ambassador to Dominica. The van sported New York State Excelsior license plates.

Zampolli’s black Mercedes with diplomat plates was not parked at the time of the ticketing outside his townhouse at 119 E. 17th St., between Union Square East and Irving Place.

Zampolli, 51, has long flouted New York City traffic laws by cordoning off space on a public street with police-style metal crowd-control barriers as reported by The Village Sun earlier this month.

“Hopefully, this will help rectify the ongoing problem,” said William Farley, a 13th Precinct Neighborhood Coordination Officer, who heads traffic enforcement for the unit at the precinct, at 230 E. 21st St.

Farley noted earlier that he has already reached out to the precinct’s internal unit that deals exclusively with diplomats.

“Last I spoke to them,” he said, “they stated they would be handling the situation.”

The Village Sun reported that Zampolli’s neighbors had complained about his parking behavior. Soon after the article appeared, a white van showed up and parked directly behind his black SUV. It appeared to be a doubling down by the diplomat and realtor, a former modeling agent, in defiance of a city traffic regulation against “reserving” a parking space on a public street via “any box, can, crate, handcart dolly or any other device.”