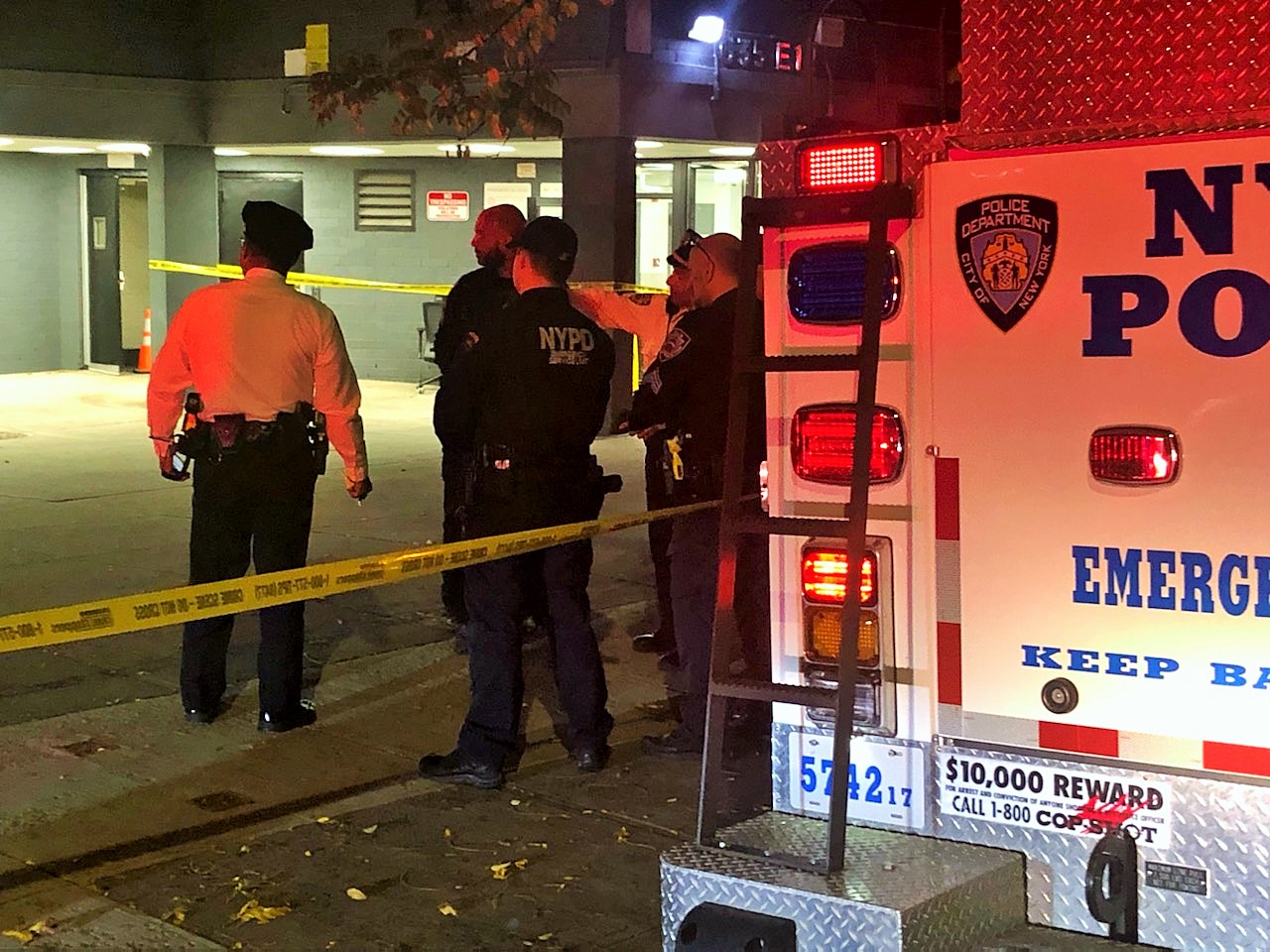 Police outside the scene of the shooting on Oct. 27. (Photo by Keith Kelly)

BY KEITH J. KELLY | Only a handgun that jammed as it was pointed at the head of a wounded victim prevented the Campos Plaza shooting late last month from turning into a double execution, according to police.

The alleged shooter, 31-year-old Lindell Cox, was remanded to Rikers Island after pleading not guilty at his arraignment on Nov. 29.

In the Oct. 27 shooting that shattered the early evening at 635 E. 12th St. around 7:30, Jared Stokes, 21, was killed after he was wounded by at least two gunshot wounds to his torso as he tried to flee the gunman. He and Jordan Morillo, 24, were ambushed by the shooter, police said.

Morillo, injured in the attack, escaped death when the shooter’s gun jammed. The shooter fled the scene, leaving Stokes for dead while Morillo was left bleeding from a gunshot wound to his leg but still alive.

Cox lives in the Jacob Riis Houses on the F.D.R. Drive, about a six-minute walk from Campos Plaza. Police said the shooter wore a black hoodie, a black ski mask and was carrying a camouflage bag when he opened fire on the two victims in the lobby of the New York City Housing Authority building on E. 12th Street near Avenue C. He fled to the L train subway stop at Avenue A and E. 14th St., police said.

Police were able to crack the case using area video captured from before the shooting. Prosecutors at the bail hearing said a video caught Cox, sans mask, about 90 minutes before the shooting buying something with his EBT card. Subsequent closed-circuit footage showed him heading toward the lobby of the building shortly before 7:30 p.m.

Cox’s parole officer actually identified him making the purchase. Police set a trap to lure him to the parole officer’s office on Nov. 4, telling him his good behavior made him eligible for early termination of his parole.

Police said a 9-millimeter handgun with its serial number altered was recovered at his parole officer’s office. Cox, at his bail hearing, acknowledged he was the person making a purchase about 90 minutes before the killing, but insisted he was not the shooter in the lobby. Police said they suspect the 9-millimeter recovered at the time of the Nov. 4 arrest might be the murder weapon. Cox, however, said he only came into possession of it that morning and was going to turn the gun over to authorities when he was arrested.

Morillo was not named in the police complaint about the homicide of his friend. It did say that an anonymous wounded victim “ran down a long hallway to get away from the male with the gun, and heard additional gunshots as he ran,” according to police testimony. At that point, according to police, the wounded victim “felt something hit his leg as he ran down the hallway, and later realized that he had been shot.”

He “crouched down at the end of the hallway, and the male with the gun ran up to him, pointed the gun at him and appeared to pull the trigger though the gun did not fire.”

Stokes and Morillo were taken by separate ambulances to Bellevue, where Stokes was pronounced dead from his wounds around 8:10 p.m on Oct. 27.

The shooting stunned the neighborhood. A GoFundMe page to pay for Stokes’s funeral started by his brother said that Stokes had just started work a week earlier as a school youth counselor and received his first paycheck earlier on what would prove to be his last day alive.