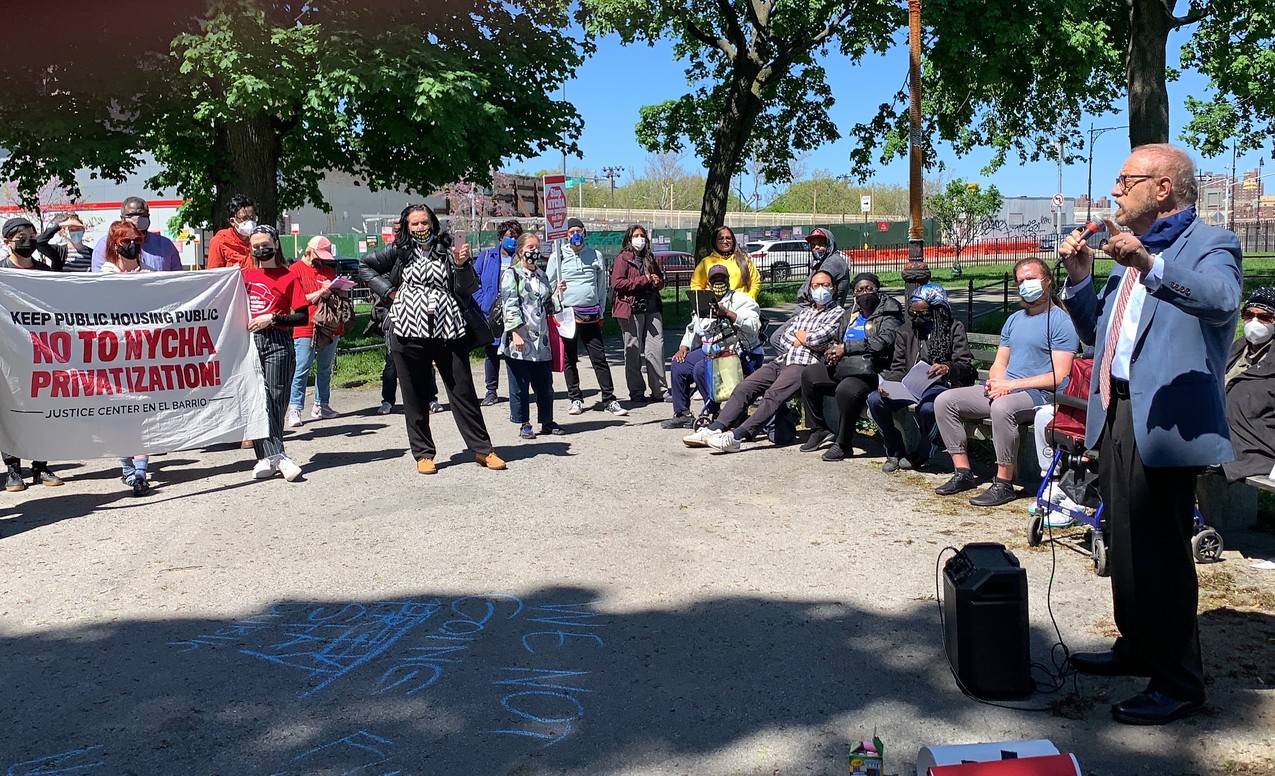 Cooking with gas: Fighting for Fulton Houses tenants’ rights to the basics

BY ARTHUR SCHWARTZ | New York City Housing Authority tenants in the Fulton Houses in Chelsea on W. 19th St. got a surprise announcement in a meeting with top officials at NYCHA this week.

Their gas, and stoves, will be turned on Monday for the first time since Valentine’s Day.

This win happened because they teamed up with a loudmouthed aggressive lawyer — me.

I met with these tenants in early April after I heard them complain at a tenants association meeting about not having gas for six weeks. I have been regularly meeting with tenants to learn about the issues they are facing and attending meetings at Fulton Houses to organize and advocate for them.

I spoke with the tenants, wrote to the chairperson of NYCHA, Greg Russ, demanding immediate attention, and after he sent back a “maybe by June” letter, I took the matter to court.

Thirty-eight families, forced to eat out or order takeout, deserved no less.

Three weeks later, after Judge Paul Goetz issued an order to show cause, the gas is being turned back on! Now, I will seek a rent abatement to compensate the tenants for the money they’ve had to spend over the last three months to cope with the lack of gas in their building.

The judge also ordered “an immediate rat eradication program.” But two weeks later, rats the size of cats are running everywhere. So I have asked Judge Goetz to hold NYCHA Chairperson Greg Russ in contempt.

Some people in politics are all talk. I am all action.