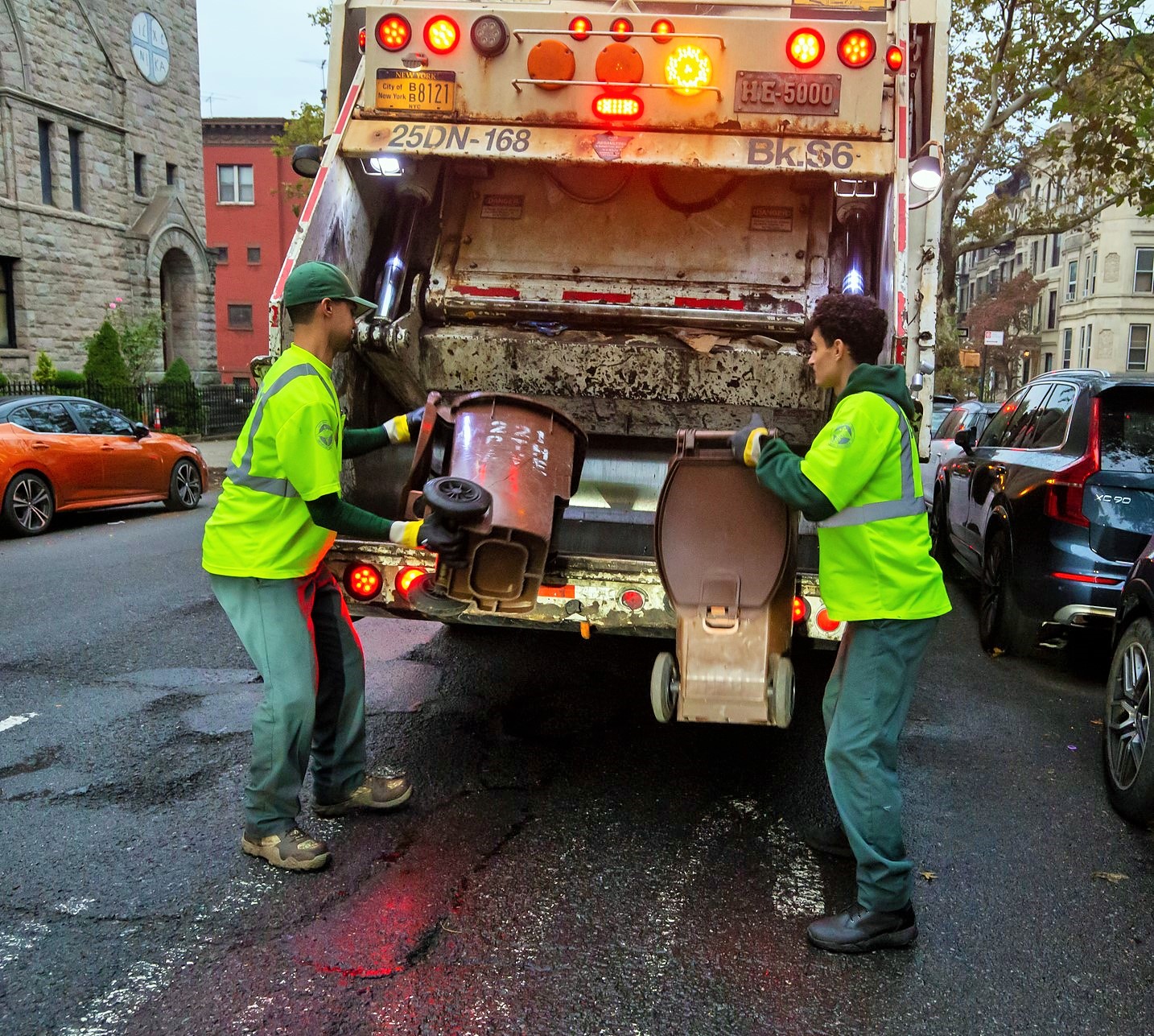 Under the city's Curbside Composting program, Sanitation workers collect residents' compostable trash that is left in special brown bins at the curb. (D.S.N.Y.)

City’s Curbside Composting program is starting to pick up again

BY ED YUTKOWITZ | Do you want organic trash — that is, food scraps — from your building to be recycled?

Department of Sanitation New York is ready to help. But first you have to get your building to sign up for the service.

When COVID hit New York City in 2020, the Department of Sanitation suspended its residential composting program. As the city recovers, the department is gearing up to help New Yorkers go green, reduce their carbon footprint and make their trash useful.

Several months ago, D.S.N.Y. began sending building managers information on how to sign up for services. Unfortunately, many buildings haven’t yet followed through. According to D.S.N.Y. Press Secretary Vincent Gragnani, “We’re resuming service on a rolling basis, designing smart routes in areas where signups are most concentrated to minimize greenhouse gas emissions.”

Village residents can learn more about the recycling program and sign up at nyc.gov/curbsidecomposting.

Once a building is enrolled to recycle, D.S.N.Y. provides brown bins for compostable collection. Gragnani noted that curbside pickup is for residences only, not for businesses, which contract with private carters for trash and recycling pickup.

“Food-related businesses covered under the organics rules may also opt to self-transport organic waste or process it on site,” he noted.

Why is a return to composting important?

As the former chief of staff to City Council Speaker Corey Johnson, Bottcher worked to expand compost drop-off sites throughout the West Side and curbside pickup at large buildings like Westbeth, in the far West Village. His sanitation plan, which calls for universal composting citywide, can be viewed at erikbottcher.com/sanitationplan.

Even before D.S.N.Y. suspended collections, only about 10 percent of residents were participating in the program. Still, those who did recycled some 50,000 tons worth of organic material every year. Since that time, New York compostables have been collected with regular trash. The thousands of tons of garbage that would have been composted have instead been sent to landfills.

Prior to the pandemic, only about half the neighborhoods in the city had curbside composting services.

The Department of Sanitation does most of its composting at a facility at Fresh Kills, on Staten Island. It also works with community groups that operate composting sites across the city.

The finished compost is used in New York City parks and community gardens.

“Before the pandemic, D.S.N.Y. hosted events where residents could pick up finished compost for their own gardens,” Gragnani said. “Those events have been paused, but we hope to resume them.”

Until Curbside Composting is fully underway, neighborhood residents can bring food scraps to drop-off locations, which can be found be at nyc.gov/dropfoodscraps. Really ambitious environmentalists can learn how to make compost at home by visiting makecompost.nyc.