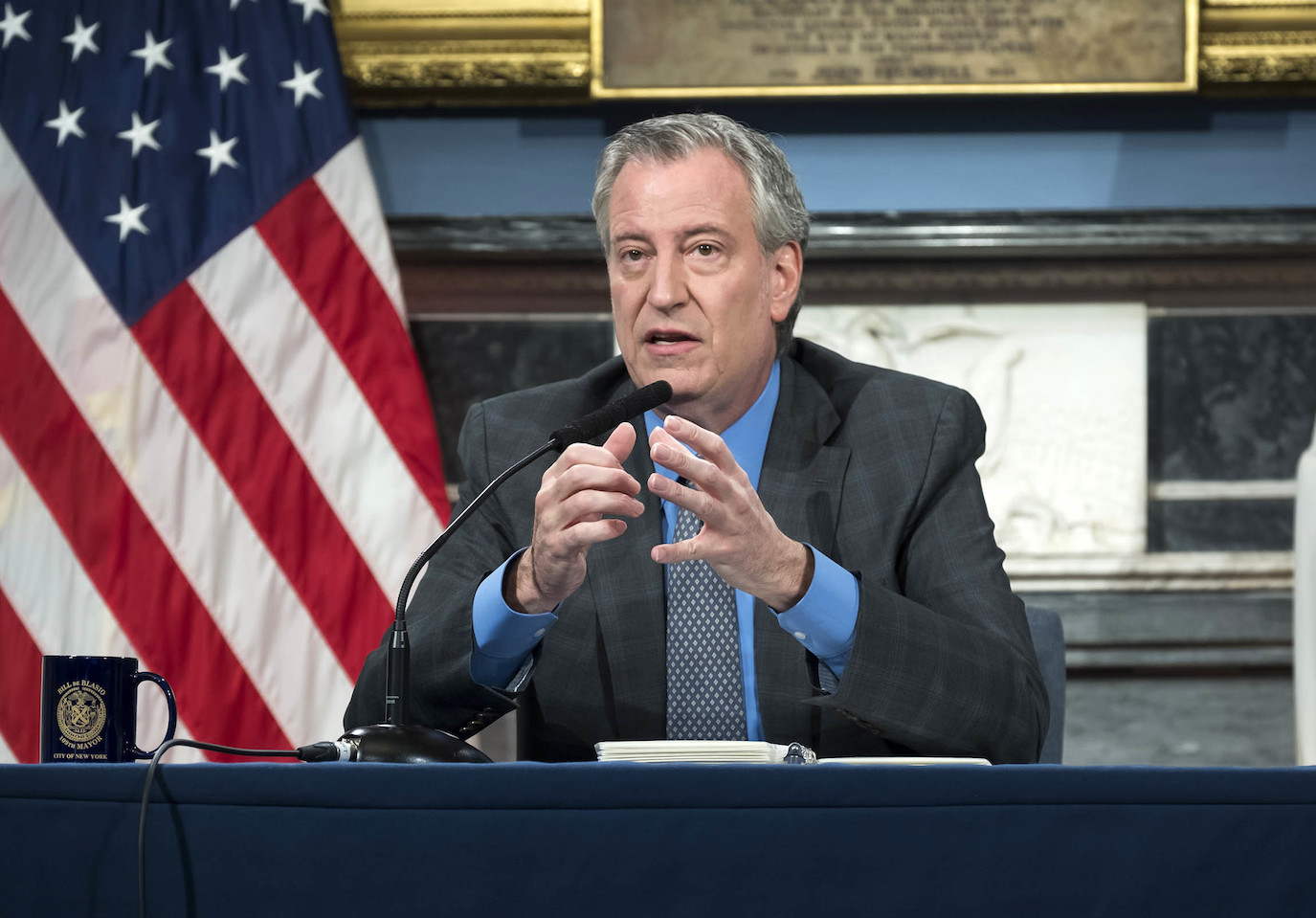 As the city continues to slowly turn the corner against the coronavirus infection, Mayor de Blasio on Monday announced that permits for all June events are being canceled, including the Pride March, the Puerto Rican Day Parade and the Salute to Israel Parade.

This follows on the heels of the mayor’s saying, several days earlier, that May events would be nixed.

“I want to be very clear, we’re going to be smart about how we come back,” de Blasio said Monday. “We’re not going to run the risk of this disease reasserting itself. … This is the time of year where you start to have more and more big public events, the street fairs, the festivals, parades, outdoor concerts, outdoor plays, things that are really a beautiful part of the year in New York City. … These kinds of community events, we love them, but they’re not what we need right now, they’re not the most essential things, and we have to be smart about it.

“I want to be clear, the permits are being canceled for June, but the event organizers, a lot of them are looking at doing something later in the year, and we’re going to work with them on that,” he added. “And, again, I think the fact that they’re postponing now is actually going to help us get to that point later in the year where things can open up and be better. And then, we’re going to work closely with them to find the right time and place to do what they do each year. The bottom line, of course, is to think about safety, to think about saving lives, protecting people’s health, speeding us to that day when we get more normal.”

De Blasio noted that it’s the 50th anniversary of the Pride March.

“That march is such an important part of the life of this city, but this year in particular was going to be something that was a historic moment,” he noted.

Referring to the Pride March, along with the Puerto Rican Day Parade and Salute to Israel Day Parade, he said, “Look, we’re going to miss all three of them in June, but they will be back, and we will find the right way to do it, working with all the event organizers. And that joy and that pride that all of these events bring, that celebration, will be back. We’re going to do it when it’s the right time.”

Separately, Peggy Friedman, executive director of the Washington Square Music Festival, announced that its concerts scheduled for June are off.

“While we had hoped that we would be able to present the festival’s 62nd season of free alfresco concerts this June, we must cancel our 62nd season in the square,” she said, in a statement. “We are postponing music-making until the danger passes, but are looking at other ways to virtually stay in touch. To all our supporters, we thank you. Keep the faith, we’ll be back.”

Word is that the music festival may try to present “a concert or two” later in the summer or in September, if possible.