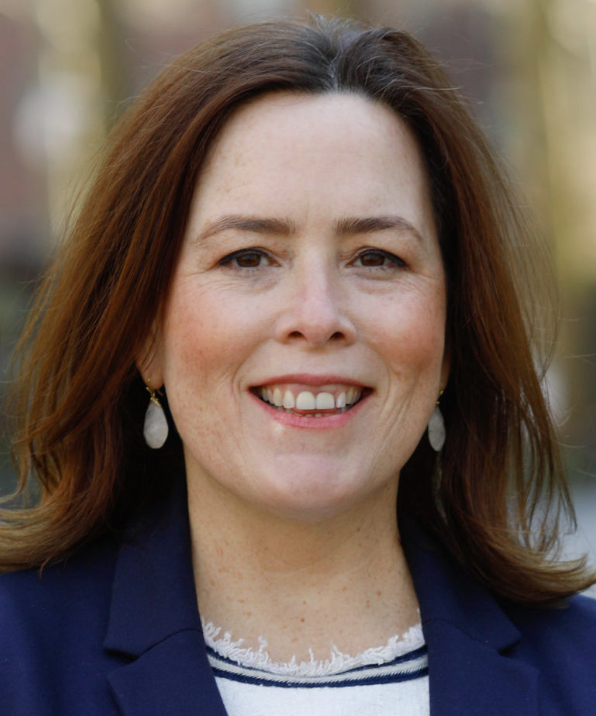 Chelsea’s Liz Crotty running for D.A., vows to crack down on white-collar crime

BY THE VILLAGE SUN | Liz Crotty, a Chelsea resident and former assistant district attorney, on Friday announced a pledge to go after white-collar crime if elected Manhattan district attorney.

“With New York City being the financial capital of the world, we need a Manhattan district attorney who will crack down on white-collar crime,” she said. “White-collar crimes not only hurt our financial institutions, but they cripple our economy and devastate hard-working taxpayers.

“White-collar crime leaves a lasting effect on communities and families, often with much more severity than street crime,” she said. “For our justice system to progress, we must institute a culture of fairness by putting as much effort into prosecuting white-collar crimes as we do street crimes.”

Crotty’s D.A. plan includes focusing on pursuing those at the top of white-collar offenses by taking on the ringleaders of corrupt banks, corporations and hedge funds who hide losses while carrying out predatory lending scams and Ponzi schemes. Her plan also includes an emphasis on prosecuting Wall St. malfeasance, money laundering, enterprise corruption and fraud.

“This means prosecuting criminals for everything from fraud, embezzlement and bribery to illegal third-party transfers, deed theft and identity theft,” she said. “A commonsense approach will ensure equal justice for all victims of white-collar crime and bring increased fairness to all of us.”

She said she intends to strengthen the D.A. office by “prioritizing its investigative powers to uncover economic injustice.”

After a six-year stint at the Manhattan D.A., 12 years ago Crotty branched out on her own to start a criminal law firm, where she continues to work today. As a result, she has seen the law from both sides, first as a prosecutor, then as a criminal defense lawyer.

On other issues, the candidate supports bail reform, but says it needs some fine-tuning.

“Bail reform was a much-needed change, but the recent changes would be improved to address issues of public safety and repeat (violent) offenders,” Crotty’s campaign Web site states.

Tackling recidivism is another pressing matter for her.

“Ending recidivism will be one of my top priorities,” her Web site states. “Simply put, we do not want offenders to become repeat offenders. Once an offender completes a sentence of incarceration, there must be support measures in place for reentering society. We want our offenders to take advantage of their second chances and succeed. I will institute programs to assist these reentering offenders find jobs and receive counseling and support, so that they get the opportunity to contribute to society in a meaningful way.”

Another campaign plank of hers is to “stop criminalizing poverty, addiction and mental illness.”

“Too many people violate the law and end up in our criminal justice system because of poverty,” she states on her site. “Many of these people are committing low-level offenses just to get by — turnstile jumping or shoplifting at the grocery store, as examples. Other folks are criminalized because of their untreated mental health issues or addictions. I will handle these cases fairly and appropriately. … Moreover, the punishment for evading a subway fare should be, at most, a day of community service at the M.T.A. rather than a stiff fine.”

Crotty’s career in the public service and in law is not surprising given her pedigree. Her mother, Jane Crotty, was a senior vice president at George Arzt Communications P.R. firm and former director of community relations and economic development at Borough of Manhattan Community College. Her father, Paul Crotty, is a federal district judge.

It’s still not clear if current Manhattan District Attorney Cy Vance Jr. will seek re-election next year. Vance, now in his third term, has held the office since 2010. But he has been scarred by accusations of mishandling high-profile sexual-assault cases, including against Harvey Weinstein. He has also been called out for going easy on wealthy and powerful individuals, such as declining to prosecute Ivanka Trump and Donald Trump Jr. for allegedly misleading investors on the value of the former Trump-Soho condo-hotel, at Spring and Varick Sts.

Lang and Florence are both former prosecutors in Vance’s office. According to political insiders, Lang’s entry into the race may signal that Vance does not intend to run.