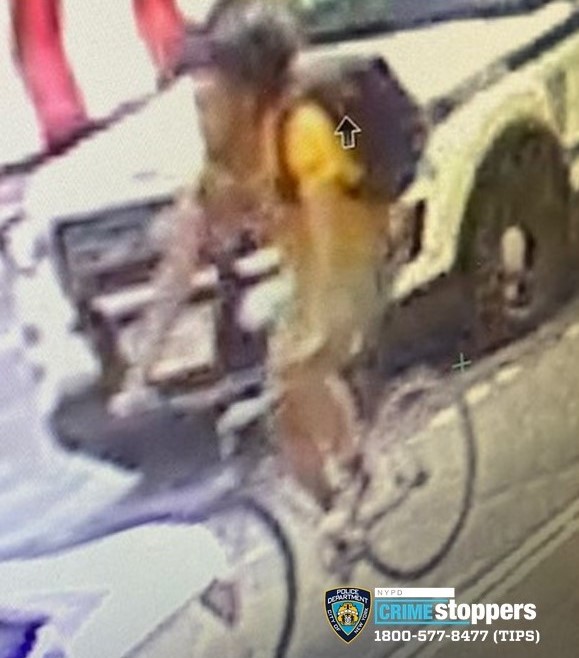 A surveillance-camera image of the alleged suspect. (N.Y.P.D.)

Chelsea man, 44, dies after being struck by hit-and-run cyclist: Police

BY THE VILLAGE SUN | A Chelsea resident succumbed to his injuries last week after lingering a few days after a bicyclist crashed into him at a busy intersection, police said.

According to the preliminary police investigation, the cyclist was traveling northbound on Eighth Avenue when he slammed into Lee, who was crossing from west to east in the W. 22nd Street crosswalk. The pedestrian and cyclist were both thrown to the ground by the collision.

The cyclist got back on his bicycle and fled the location northbound on Eighth Avenue, police said.

E.M.S. transported the victim to Bellevue Hospital, where he was pronounced dead five days later on Tues., Aug. 16.

The suspect is described as a male, with a medium complexion, around 25 years old, with brown, wavy hair, a medium build and an unknown tattoo on his right forearm. He was last seen wearing a yellow shirt, tan shorts and wearing a large black bag on his back.

The fatality occurred two blocks south of the Penn South co-op, a naturally occuring retirement community, or NORC, where residents have expressed concern about pedestrian safety and the bike lanes flanking both the complex’s western and eastern sides.