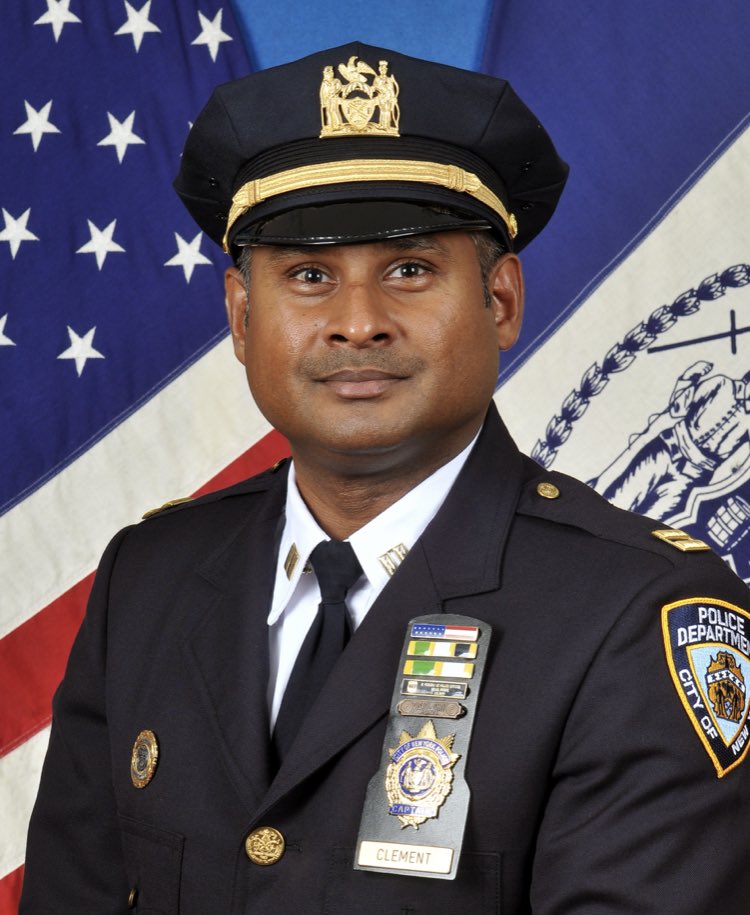 BY THE VILLAGE SUN | Captain Ralph A. Clement was recently appointed the commanding officer of the East Village’s Ninth Precinct.

Born in Guyana, he is of South Asian Indian descent. Clement’s family background is very diverse and includes a number of races, including African, Indian, Chinese and Portuguese.

Clement joined the New York Police Department in 2005. He started out posted to Greenwich Village’s Sixth Precinct, where he spent four years. He was promoted to sergeant in 2010, then continued to rise through the ranks until he was promoted to captain in 2017.

Prior to this assignment, he was executive officer, or second in command, of the Midtown North Precinct. Before that, he was assigned to the Homeless Outreach Unit, which was recently disbanded.

In an interview with The West Indian, a Queens weekly newspaper, in August 2017, Clement said, “All great leaders put on their armor, take to the battlefield and do their duty. That is how you earn respect. If you are doing the right thing you wouldn’t get jammed up.”

The article noted of Clement, “He learns all the time and he praises the multiculturalism of his native Guyana for his broad outlook on life. … He is smart, sensitive and has the welfare of his community at heart.”

According to ProPublica’s N.Y.P.D. Files, four allegations of misconduct against Clement have been made with the Civilian Complaint Review Board. Two of these were filed in 2016 when he was a lieutenant, but he was exonerated of both of them. Two complaints three years earlier — apparently both from the same incident — when he was a sergeant, were substantiated; in those, he was accused of making a discourteous gesture and saying a discourteous word to a 50-year-old woman.

Clement, who took over as commanding officer on Oct. 1, succeeds Captain John L. O’Connell as the head of the Ninth Precinct. The precinct serves the area from E. Houston St. to E. 14th St. from Broadway to the East River.