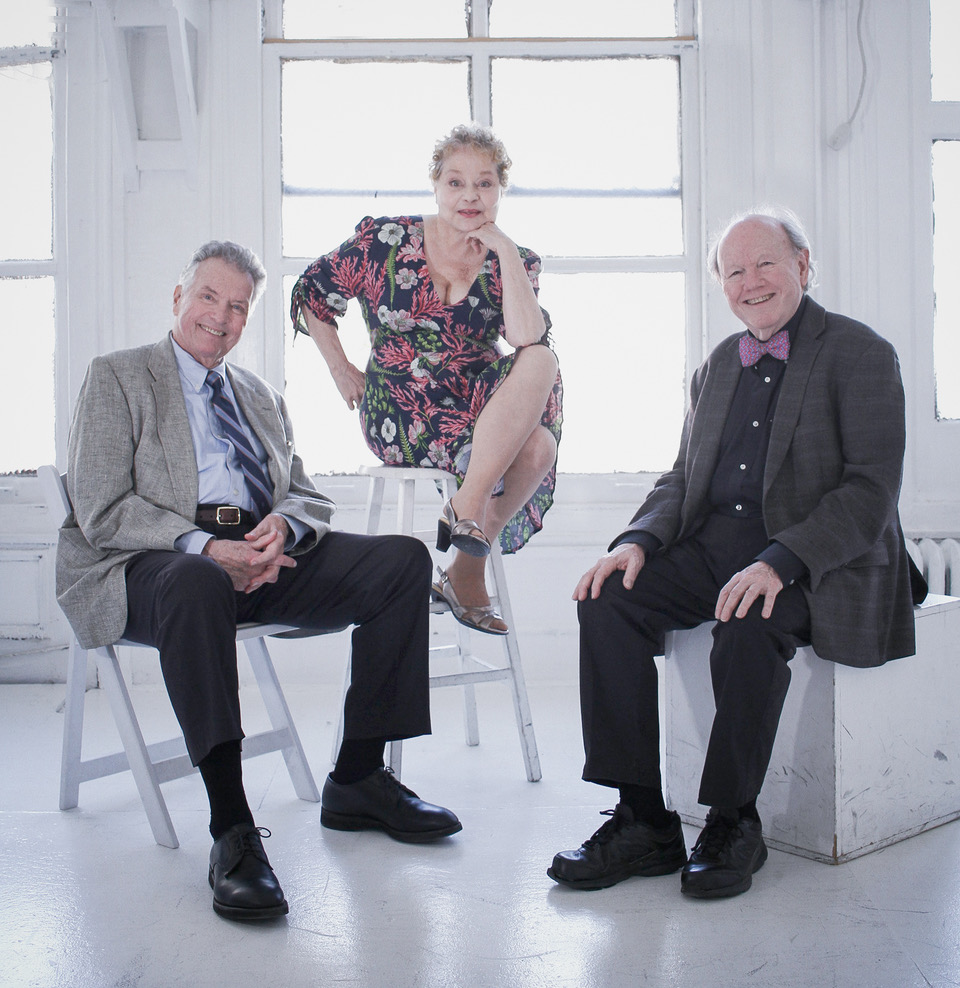 Cabaret couple blend humor and history in ‘Bad for You!’

BY KAREN KRAMER | Husband and wife team Alix Elias and Richard Marshall want to tell you that it’s O.K. to like the things that are bad for you and they want to tell you in song. In fact, they’ve built a whole cabaret show around that theme.

These veteran actor/cabaret performers formed a trio that they call Food Of Love. And just like a show within a show — Judy Garland and Mickey Rooney style — they include the audience in showing how they put it together. Their six-part Web series called “Bad For You!” chronicles the journey. Season One starts with the challenges of funding and getting their show to a public venue…all the way up to Episode Six when (spoiler alert) they snag a gig at the prestigious Cornelia Street Cafe on New Year’s Eve no less. Now Season Two of the Web series is in the works

“I’m not a big fan of classic cabaret,” said Elias, sitting in their art-filled apartment on W. Eighth St. “My favorite cabaret show was called ‘Cabaret Hell: Forty-five Minutes of Torture.’ I wish I had thought of that title. Because to me, most cabaret is cabaret hell, 45 minutes of torture. “

Part of the reason she feels that way is because of the subject matter.

“A lot of cabaret is about, Oh, I don’t know, anguish, soppy love songs,” she said. “Basically, there’s so many great songs about these non-P.C. themes. Dope. Illicit sex. High-cholesterol food. There’s a great song, ‘I Can Cook Too,’ which is all about gravy and all that kind of stuff.”

Elias and Marshall have known each other since they met as children in D.C., where their fathers were both geologists who had studied in college together. She was about 12 and he 15. But then they lost touch. At the age of 28, Elias came to New York, studied acting, and worked in children’s theater and sitcoms, such as “Married With Children” and “Mad About You.”

Marshall also eventually came to New York, studied acting and appeared in plays, such as “Little Mary Sunshine” and small musicals in the Village.

He looked her up when he came to New York but when they reconnected the two didn’t really hit it off. Over the years they both lived in the Village — Waverly Place, W. 10th St., W. 13th St. — but  their paths didn’t really cross.

Then they met again in 1995 and (as in any good romantic comedy) the timing was right. They ran into each other at the old Jefferson Market on Sixth Ave.

“I thought, ‘Oh, there’s that awful Richard Marshall,’ ” Elias said, laughing. “And I snubbed him. He was behind me in the checkout line and he pinched me. And I was so angry and I got out on the street and I thought, ‘Wait a minute, why are you so upset? There’s some unfinished business here.’ And then three days later I ran into him on Fifth Ave. and I said, ‘I looked your number up and I wrote it down in my book. I was going to call you.’ Then I showed him my book as proof and he started to cry.”

“It was so sweet,” Marshall said. “I thought she was lying.”

They met the third leg of the group, Woody Regan, a singer and musician, and started Food Of Love, first performing at Gizzy’s on W. Eighth St. They played many gigs together but a favorite was the Knitting Factory.

“Our shtick sort of was we would get all dressed up unlike the typical casual cabaret performer,” Elias said. “We would wear evening dress and we would sing a collection of oddball American classics, songs like ‘Buddy Can You Spare a Dime.’

“We were very popular with the Knitting Factory, which was mainly for young people. They had never heard these songs, classic songs from old shows. They were like 19 and they were intrigued.”

“Remember Steak and Brew, where you could get a cheap steak and all the beer you could drink?” Marshall asked. “Oh, my God, they were so bad for you. There was a crazy chef down in the basement. He had this huge knife and he’d be banging it. One time I dropped a whole bunch of steaks but I knew if I went back he’d kill me, so I picked them all up and served them. He said they were great. “

Elias said things have changed a lot for actors. There are now other ways to get the work out there and not pound the pavements to auditions.

“We’re in the middle of this huge technological revolution — this isn’t news to anyone — but it’s totally changed the way the whole entertainment business works,” she said. “It’s better, in a way, for performers because certain performers have more access than they ever had.

“The money is going down and the days when you could do a couple of commercials and live on them are over. But if you can deal with the technology yourself or get someone to help you and you can write your own material, it’s good.

“The trick is to get an audience and have people find a way to get to it,” she added. “We’re making a little Web series and using a lot of stuff that really happens. Our lives as performers is basically all about trying to get another job. It’s already in the series.

“The first of the new series is that Richard gets an audition and his singing teacher is an opera singer but her day job is doing bus tours and walking tours. I thought this was so funny. “

But if technology is changing the way they get the material out there, the material itself is holding true to its original intention.

“We’re keeping the title ‘Bad For You!’ because I think a lot of the stuff we do is bad for us,” Elias said. “And that’s life, isn’t it? A lot of the stuff that makes life worth living is bad for us. Such as ice cream. Bacon. Drinking. Falling in love with the wrong person. It’s just a quirk of being human.   We have our failings. And those are O.K. Some of these songs do celebrate bad behavior. Like the song “Smoke That Cigarette.”

Hearing the title of the song, Marshall chimed in and started to sing, “Smoke smoke smoke that cigarette. Smoke smoke smoke until you smoke yourself to death. Tell St. Peter at the Golden Gate that you hate to make him wait but you’ve got to have another cigarette.”

He laughed, “That was popularized by Phil Harris in the 1940s. He did these half-talking kind of jokey songs in 1947.”

They also do a song called “The Viper” about smoking marijuana, written in about 1920 and popularized by Fats Waller. (People back then thought sucking in pot smoke sounded like a hissing snake.)

Elias feels these songs really speak to her, and hopes others will relate, as well.

“I’m addicted to cigarettes,” she said. “I’d love to have another cigarette but I’m not that brave. As we say in one of our episodes and in our show, ‘How are you going to know about stuff unless someone writes it down or performs it?’ ”