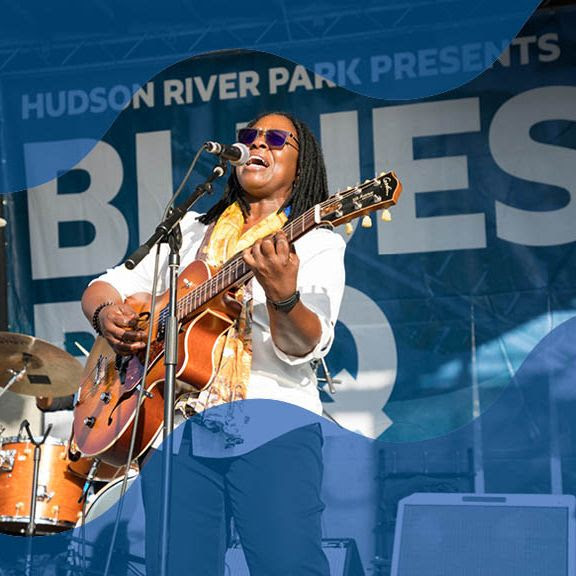 They’re feeling the blues in Hudson River Park again — and, no, they’re not just talking about bluefish.

The lineup of performers for the daylong Blues BBQ Festival includes

In addition to great live music, there will be savory barbeque and drinks from the likes of

Speaking of the blues, the Hell’s Kitchen-area pier was formerly the site of a New York Police Department tow pound, denying the community access to the key waterfront spot.

Despite language in the Hudson River Park of 1998 act stating, “The city of New York shall use best efforts to relocate the tow pound on Pier 76,” for years the tow pound just continued to linger there.

But, responding to the pleas of the community and park advocates, Governor Cuomo, using the threat of massive fines, pressured New York City to move the police off the pier, then quickly transformed it into a temporary blacktop open space last summer for recreational use.

For more information about the Blues BBQ Festival, click here.