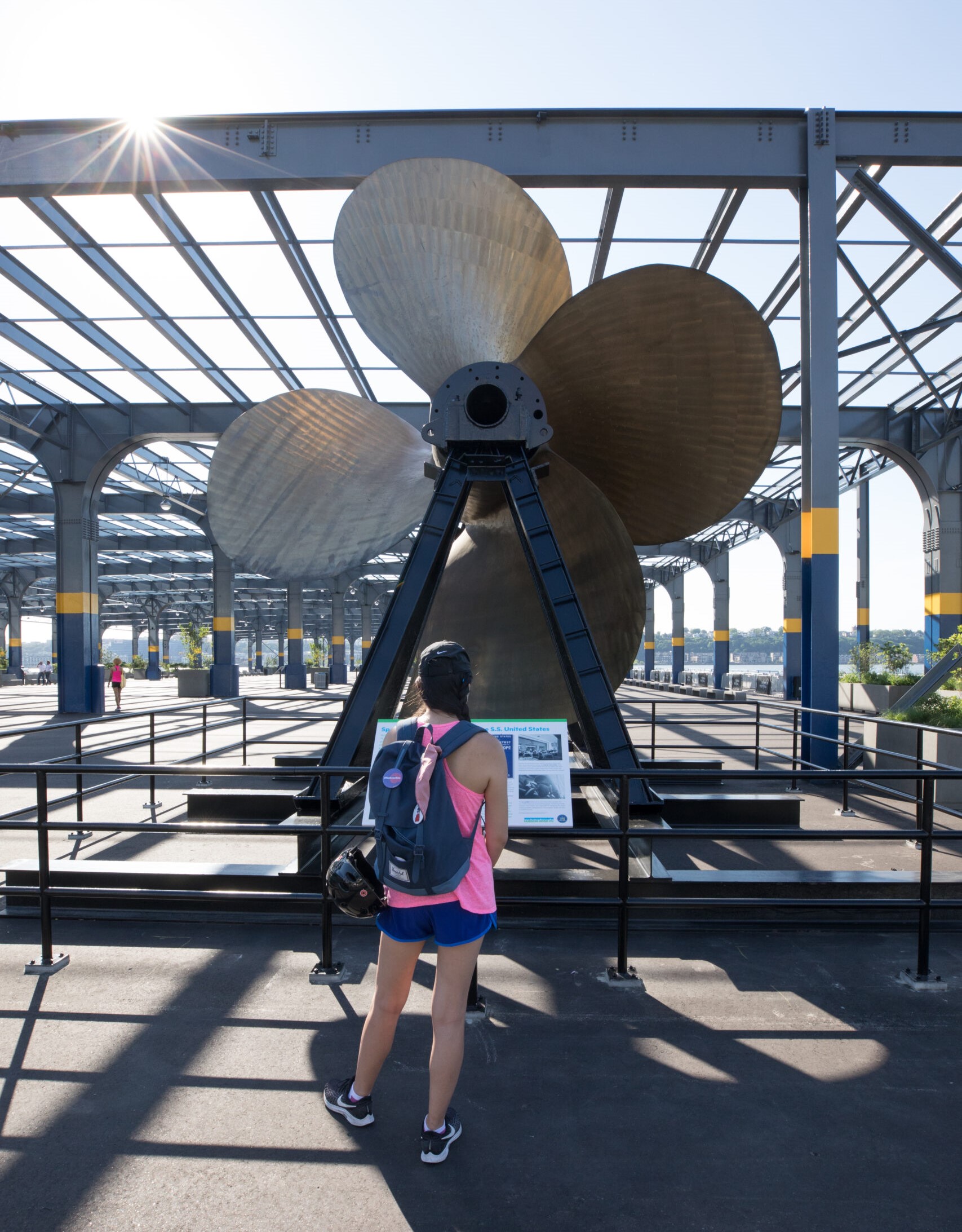 Formerly home to a New York Police Department tow pound, Pier 76 has been transformed into a temporary park space on the Chelsea waterfront at W. 36th St.

Today we cut the ribbon at Pier 76, a new public space right on the Hudson River.

In 81 days, the former tow pound was transformed into a 5.6-acre recreational space for NYers to enjoy.

Pier 76 is just one part of our work to rebuild NY like never before. #ReimagineNY pic.twitter.com/vKn7dv9ODJ

Constructed by the New York State Parks Department, the project involved the removal of the former tow pound building and numerous improvements to the 245,000-square-foot pier.

The pier’s large surface now includes outdoor flexible space, benches for people to relax and enjoy the waterfront views, and numerous interpretive plaques relaying the history of the area.

Speaking of fast, Pier 76 also features a propeller from the S.S. United States, famous as the record holder for the swiftest passenger ship to cross the Atlantic Ocean. Nearly 20 feet in diameter, the propeller weighs 73,000 pounds. After completing 400 transatlantic voyages, the United States was retired from active service in 1969 with the advent of affordable jet service to Europe.

Pier 76 will eventually be entirely reconstructed to support both a new public park and allowable commercial uses to help support the overall Hudson River Park’s maintenance and operations.