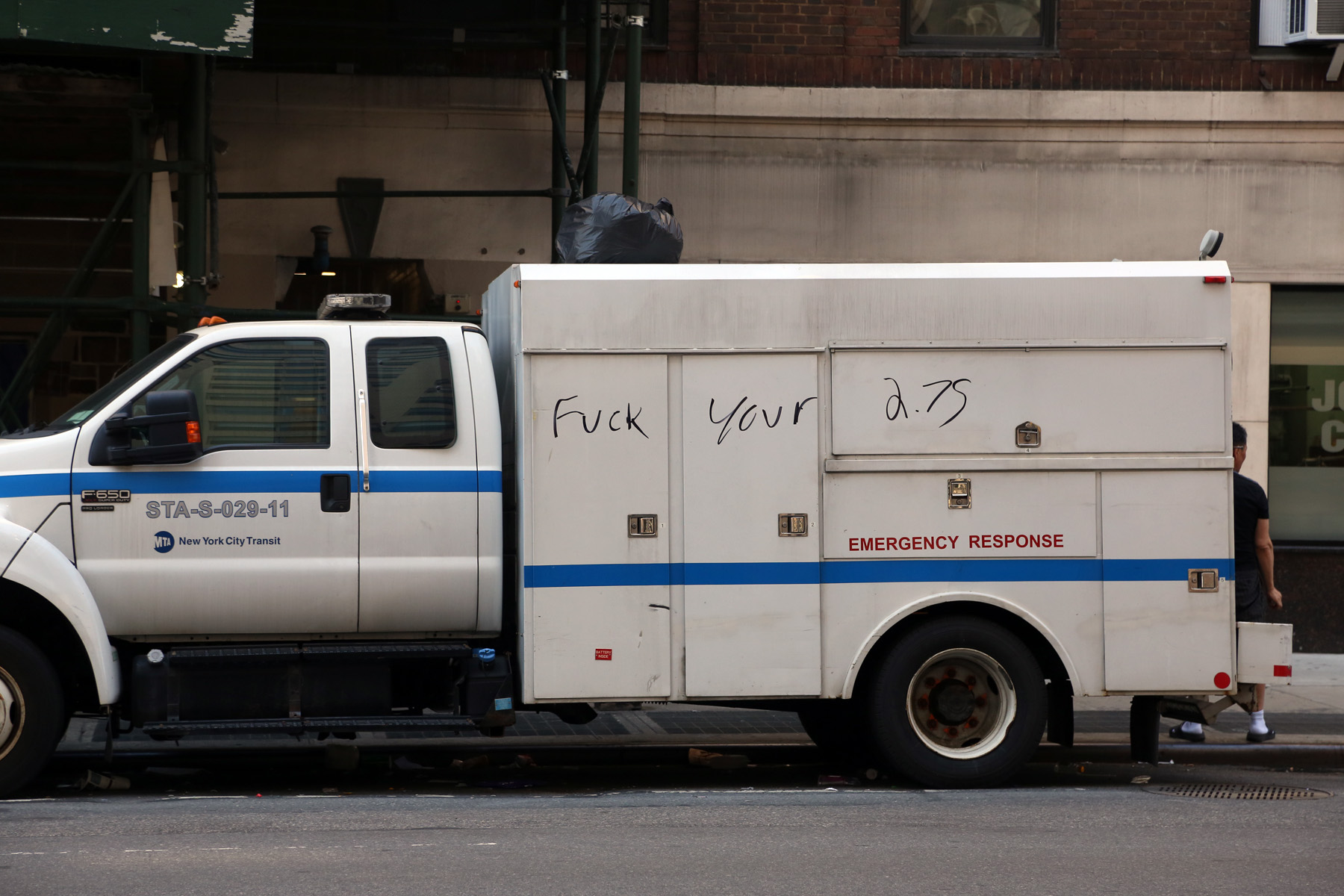 An angry message — protesting the existence of the city's subway fare — scrawled on the side of an NYC Transit repair vehicle on Seventh Ave. at 13th St.(Photo by © Jefferson Siegel)

A group of 150 black-garbed protesters went on a window-smashing and graffiting spree throughout Downtown on Friday night.

According to the New York Post, the marchers started in Foley Square and headed uptown to the Flatiron District and Chelsea, wreaking destruction along their path.

The Post described the event as a riot and said the group caused $100,000 worth of damage in graffiti and smashed windows of chain stores and banks.

The tabloid said the event had been advertised on Twitter by the New Afrikan Black Panther Party and the Revolutionary Abolitionist Movement.

A surveillance video shows black-clad rioters smashing the windows of a Starbucks at Lafayette and Grand Sts.

Over all, police made eight arrests.

The night before, a peaceful group of Black Lives Matter marchers, including some trans members, made their way up Eighth Ave. in the Village.

“What do we want?” their leader chanted.

“Shut it down!” they shouted, meaning cause disruption through protests.

“If we don’t get it/Shut it down” has become a common protest chant in recent years.