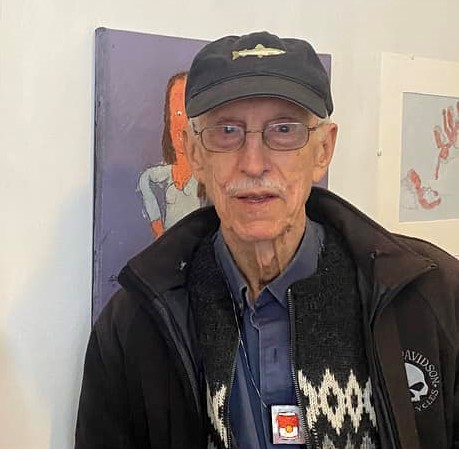 BY THE VILLAGE SUN | William Anthony, who was dragged from a fire in his apartment by two heroic staff members at Westbeth Artists Housing on Dec. 17, has died from his injuries.

According to George Cominskie, a longtime Westbeth tenant leader, Anthony, 88, died on Sat., Dec. 24, at the New York-Presbyterian/Weill Cornell Burn Center. He had been put on a ventilator but was only holding steady, not improving.

Anthony and his wife, Norma, had lived in the apartment for decades. Norma was uninjured in the fire.

Their home — which was full of Bill’s artwork — was totally destroyed by the blaze. Anthony reportedly ran into the smoky unit — some speculate to try to save his paintings, but no one knows for sure.

Westbeth employees LJ Reyes and Roger Phillips rescued him before firefighters arrived, pulling him out of the apartment. They were both treated for smoke inhalation.

So far no funeral or memorial arrangements have been made.