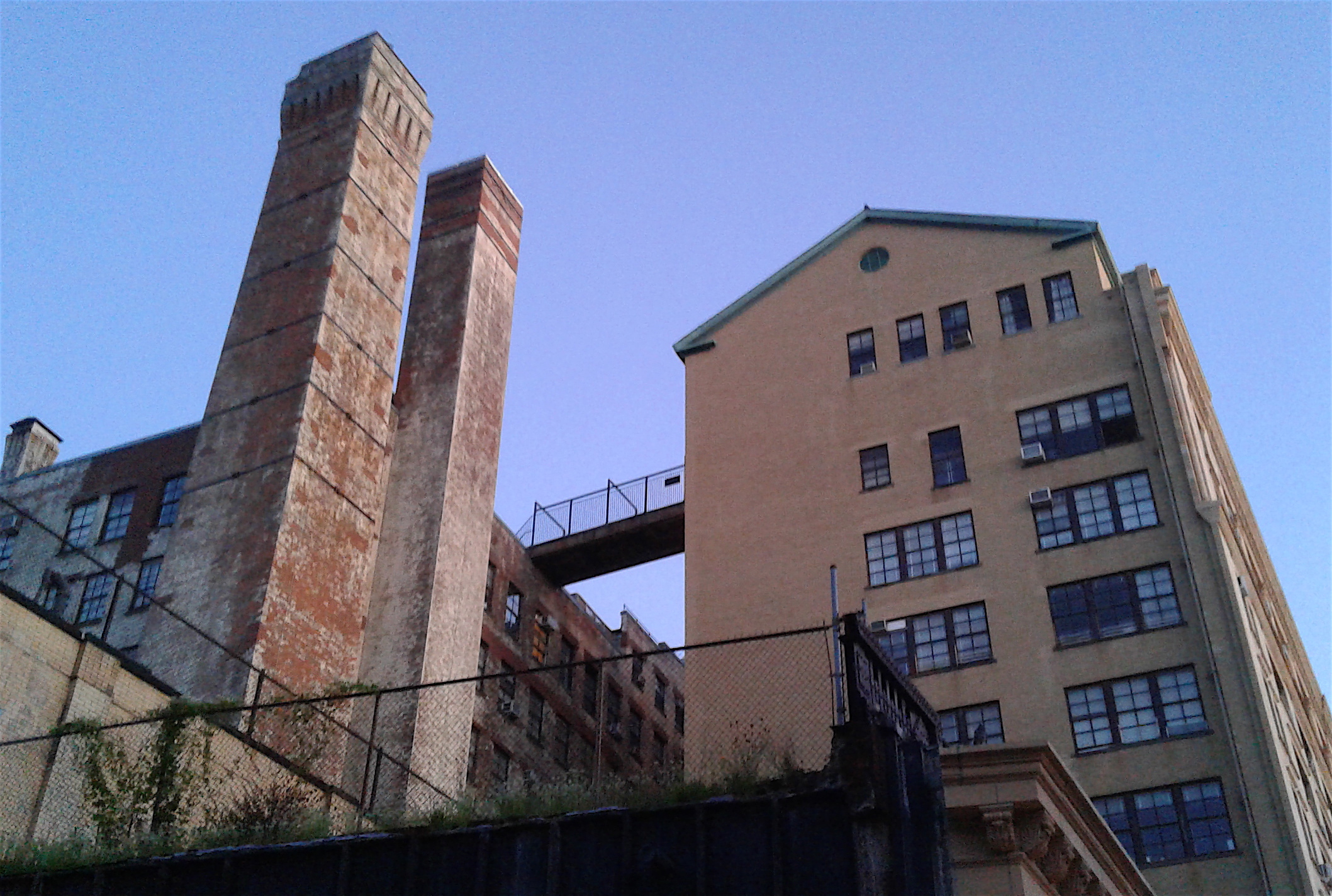 The fire reportedly "destroyed" the ninth-floor apartment at Westbeth Artists Housing, above. (Photo by The Village Sun)

BY LINCOLN ANDERSON | Two heroic Westbeth workers dragged an elderly artist out of his smoke-filled apartment after it was struck by a fire Saturday afternoon.

The resident, Bill Anthony, who is 88 and lives on the building’s ninth floor, is reportedly still in the hospital in very serious condition. The two workers, LJ Reyes and Roger Phillips — who sprang into action before firefighters arrived on the scene — were reportedly treated for smoke inhalation.

Both Westbeth staffers are back at work.

One resident said she saw Phillips sweeping up leaves outside the artists complex the morning after the fire and told him, “You’re a hero. Glad you’re O.K.”

“The apartment is destroyed,” she said.

A Dec. 18 letter to residents from the Westbeth management office said, in part, “Bill [Anthony] is in very serious condition in the hospital. He was rescued from his burning apartment through the heroic efforts of our staff members LJ and Roger. There is severe damage to the apartment and it will be months before they can return to the apartment.”

A Fire Department spokesperson said the cause of the blaze is still under investigation.

Firefighters were alerted to the emergency at 2:31 p.m. A total of 20 fire vehicles with 78 firefighters and E.M.S. responded to the 13-story building at 55 Bethune St. The fire was brought under control by 3:24 p.m.

Three civilians and one firefighter were injured, with one being sent to Weill Cornell Medical Center and two to Lenox Health Greenwich Village, at 12th Street and Seventh Avenue. One individual refused medical attention at the scene.

According to the resident, Anthony knew the apartment was on fire when he decided to enter it.

“Was he trying to save his artwork?” she speculated. “No one was home in the apartment and he knew that. So why go inside a smoke-filled apartment? I know a neighbor tried to talk him out of it or to stop him from going inside.”

Anthony lives at Westbeth with his wife, Norma. The artwork posted on his Westbeth page has a colorful, cartoonish style.

According to his bio, “William Anthony was born in 1934 in Fort Monmouth, New Jersey, and grew up in Washington State. Anthony studied art briefly with Josef Albers at Yale, where he received a B.A. degree in European history in 1958. He also studied with Theodoros Stamos at the Art Students League in New York City. Other studies in San Francisco.”

Writer Ron Kolm, a longtime fixture on the Downtown scene, who regularly has lunch with Anthony once a month, often at the nearby Bus Stop Cafe on Hudson Street, was devastated at the news.

“I just met him a week ago,” he said. “He was such a constant part of my life all these years. Every book of mine has a painting by him in it. He really was just a terrific artist with a great career. … Oh God, I love the dude, I love the dude. I hope he survives.”

Kolm noted that Anthony’s work is archived in Fales Library at New York University. He sent The Village Sun a photo of the flier for Anthony’s recent show in Iceland, adding that he’s going to add the flier to Anthony’s archive.