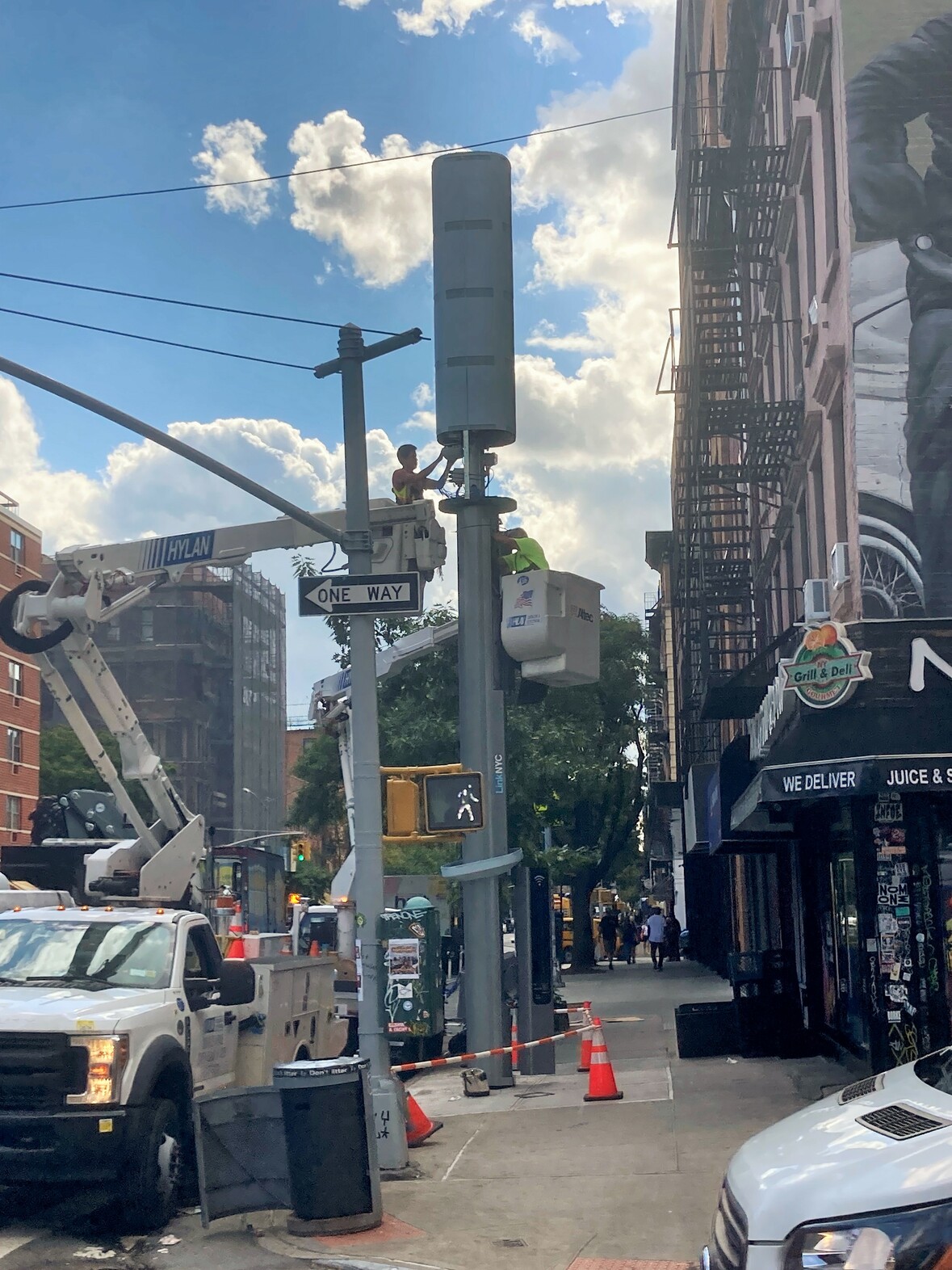 BY THE VILLAGE SUN | Is it time to break out the tinfoil hats yet?

Resembling a massive microphone, a new, three-story-tall 5G WiFi tower was installed in the East Village at Avenue A and E. 12th Street on Tuesday.

It’s one of thousands of such sidewalk supersized hot spots that are springing up all over the city.

Matthew Fraser, New York City’s chief technology officer and commissoiner of the Office of Tech and Innovation, spoke about the effort at the installation of the first mega-WiFi pole in the Bronx in July.

“Today’s Link5G launch is a mark in the next evolutionary step for Link New York City, a project that approximately seven years into its existence, continues to fill a profound need in the daily lives of million New Yorkers and visitors to our great city,” he said. “But more importantly, today’s Link5G launch represents a dramatic leap forward in New York City’s efforts to bridge its long-standing digital divide.”

“Ninety percent of the 2,000 kiosks that will go live will go to the neighborhoods that have been historically underserved,” he said. “Equity is at the heart of the 5G rollout.”

“During COVID…the lack of having access to WiFi was a real issue,” Mayor Adams said at the July launch press conference. “If you didn’t have WiFi, you could not do telemedicine. You were not able to stay up to date around the services that were being provided. … You were not allowed to do so many things to stay in communication with your loved ones and family members because you were isolated from home.”

Some people, though, fear that the 5G wavelength is actually unhealthy for humans. But the fast and powerful Internet connection appeals to users — including video game junkies, among others, who love its download speed.