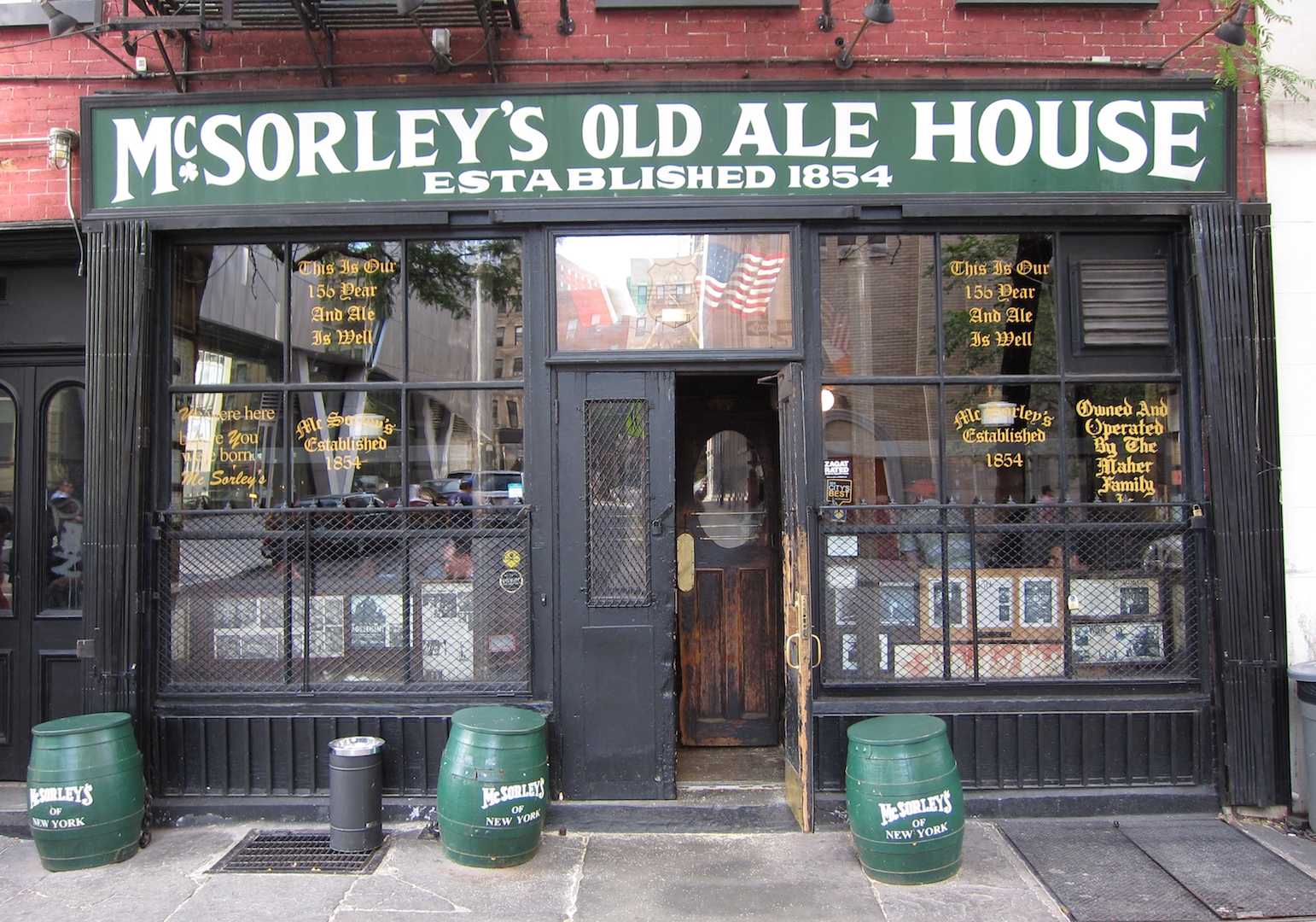 McSorley's Old Ale House, on E. Seventh St.: You won't be able to go inside it — or other bars or restaurants in New York — as of 8 p.m. Monday night. Bars and restaurants can offer take-out food and, thanks to a waiver, alcohol.

Citing a “lack of federal direction,” Governor Cuomo is teaming up with his counterparts in New Jersey and Connecticut in a regional approach to social distancing to slow the spread of coronavirus in the tri-state area.

Under the emergency plan, restaurants and bars will no longer be allowed to have customers on their premises. However, people will be able to order take-out food — and, in a first, take-out booze.

Bars and restaurants will get a waiver for carry-out alcohol.

In general, the three states will limit crowd capacity for recreational and social gatherings to 50 people, effective 8 p.m. Monday night.

Restaurants and bars will close for on-premise service and move to take-out and delivery only effective 8 p.m. Monday.

Movie theaters, gyms and casinos will also close as of 8 p.m. Monday.

Mayor de Blasio actually beat Cuomo to the punch on Sunday evening when he announced the new rules for New York’s bars, restaurants and cafes, as well as small theaters, gyms and casinos.

“This is not a decision I make lightly,” de Blasio said. “These places are part of the heart and soul of our city. They are part of what it means to be a New Yorker. But our city is facing an unprecedented threat, and we must respond with a wartime mentality.”

The mayor also announced that senior centers will be closed and will transition into “grab and go” food-distribution points.

However, de Blasio had said the shutdown order would go into effect Tuesday at 9 a.m. But Cuomo one-upped him slightly by pushing up the start to Monday evening.

The moves by the mayor and three governors follows new guidance yesterday from the Centers for Disease Control and Prevention recommending the cancellation or postponement of events of 50 people or more.

The governors decried “a lack of national standards” in the battle against the pandemic.

“Our primary goal right now is to slow the spread of this virus so that the wave of new infections doesn’t crash our healthcare system, and everyone agrees social distancing is the best way to do that,” Governor Cuomo said. “This is not a war that can be won alone, which is why New York is partnering with our neighboring states to implement a uniform standard that not only keeps our people safe but also prevents ‘state shopping,’ where residents of one state travel to another and vice versa. I have called on the federal government to implement nationwide protocols but in their absence we are taking this on ourselves.”

Phil Murphy, the Garden State’s governor, stated, “I’ve said many times over the past several days that, in our state, we are going to get through this as one New Jersey family. But if we’re all in this together, we must work with our neighboring states to act together. The work against coronavirus isn’t just up to some of us, it’s up to all of us.”

“The only way to effectively fight the spread of COVID-19 is by working together as states,” Connecticut Governor Ned Lamont said. “We have shared interests, and a patchwork of closures and restrictions is not the best way forward. I know that because of this collaboration, we will save lives.”