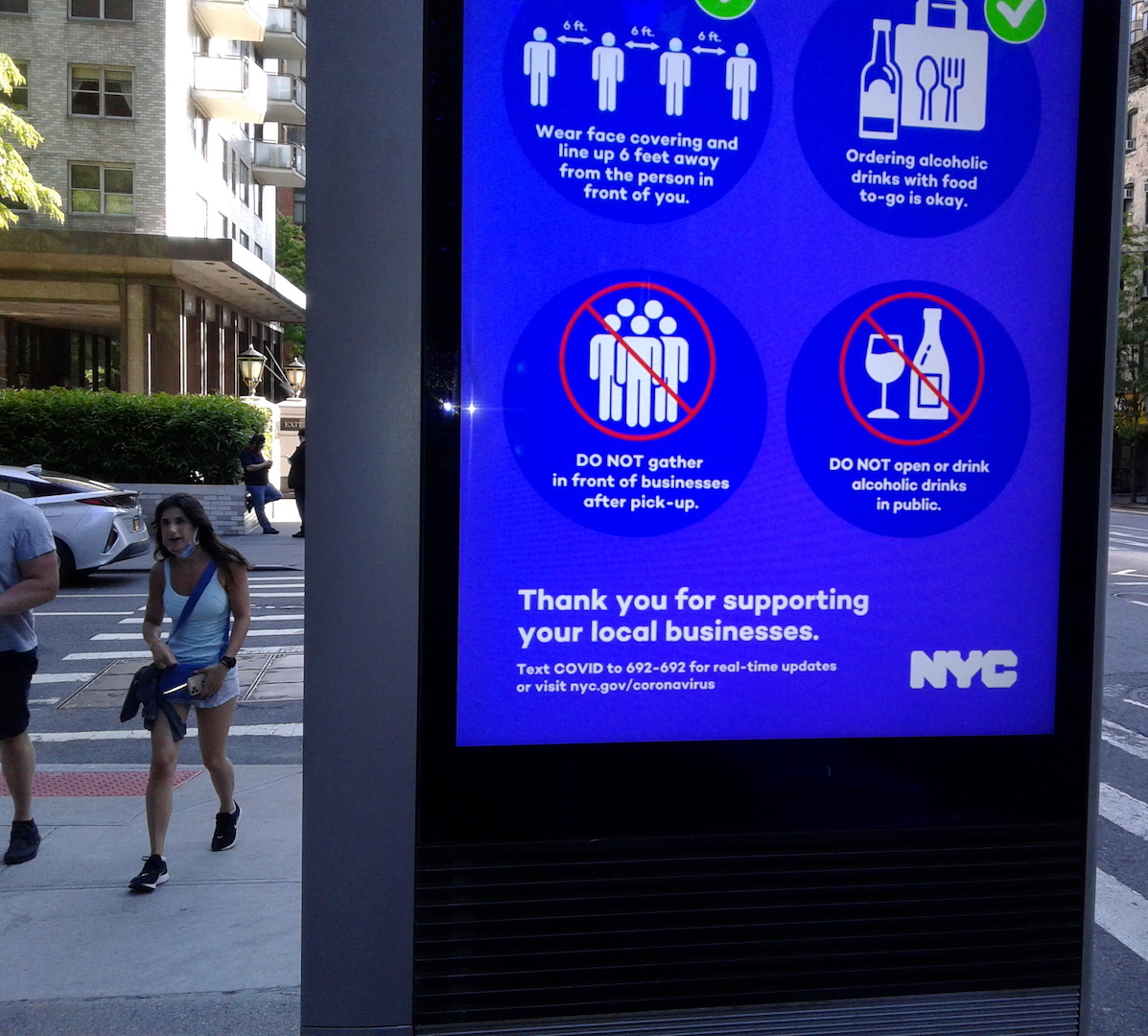 "Takeaway" means "take it away" from the bar, a public-service ad on the city's Wi-Fi kiosks emphasizes. (Photo by The Village Sun)

Bargoers need to ‘pick up and go,’ city stresses

With to-go alcohol the new reality, the city is trying to get the message across that “to-go” does not mean “stay,” but “go” — as in “go home.”

It’s been widely reported that some people are getting their takeout booze — but then just hanging around on the sidewalk outside the bars while drinking and schmoozing. Of course, that violates the whole idea of social distancing, which is why bars and restaurants, back in March, were ordered not to allow customers inside in the first place.

The city is now using its sidewalk Wi-Fi kiosks, among other methods, to try to impress on people that New York should not morph into a version of freewheeling Bourbon St. during the “Pause.”