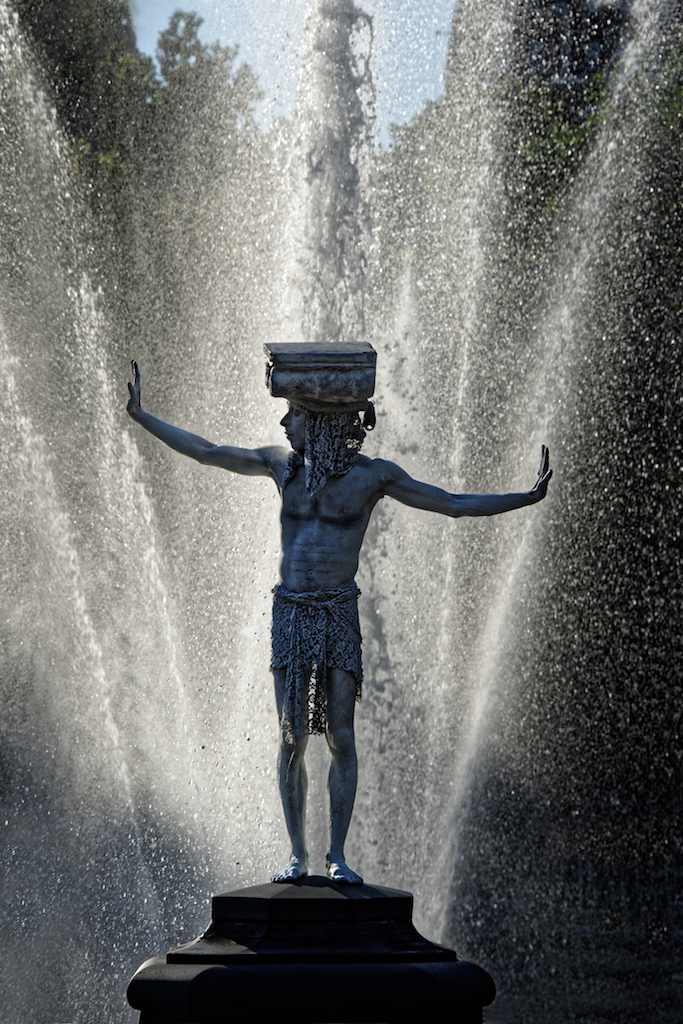 At least one ‘statue’ is feeling good; Artist returns to Washington Square

BY BOB KRASNER | Let’s get you caught up here… .

For quite a while Washington Square Park was the stage for Johan Figueroa-Gonzalez, who performed there for tips as the “Living Statue.” After two years of being a crowd favorite in a site with lots of entertainment to choose from, he was suddenly arrested for perching on the base of the arch. Despite his love for the park — he has done much research into its history — he found the incident too traumatic to stay there.

Dejected to the point that he considered going back to his native Puerto Rico, he instead gave the Metropolitan Museum of Art a shot and did quite well on its sidewalk until the cold weather forced him off the street.

After warming up back home in Puerto Rico, he has made his way back to New York City and, happily, Washington Square Park, with a new look and a new stage name.

He is now the “Pocket Size Statue,” after having numerous other monikers. This one is pretty appropriate for the 4-foot-11-inch-tall artist, who seldom weighs more than 83 pounds.

Despite the diminished crowds due to COVID, he is quite happy to be back.

“I’m feeling full of optimism,” he said. “It’s sad to see the city so empty, but I like to visualize a better future for everyone. I believe in the collective power of good intentions.

“If the people feel the good vibes around, they will share it with others. We, the street performers, are doing our best to keep that vibe alive.”