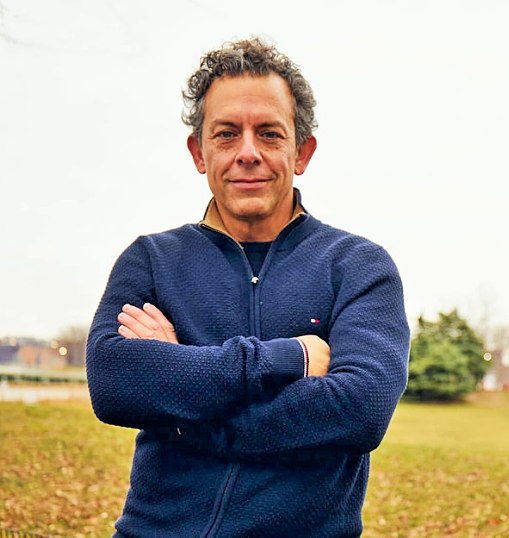 BY THE VILLAGE SUN | In his bid to succeed longtime Assemblymember Richard Gottfried, Tony Simone has been piling up the political endorsements.

He recently picked up arguably the most important endorsement in the race — that of Gottfried himself.

In addition, Simone, a longtime local politico, is being backed by Assemblymember Deborah Glick, former state Senator Tom Duane and former City Council Speaker Christine Quinn, all of them L.G.B.T. political trailblazers on Manhattan’s West Side.

Last month, Simone finished the first campaign-finance filing period with more than twice the cash on hand of any other candidate in the race.

The outgoing Assemblymember praised Simone as somone who, if elected, would always be guided by and prioritize local community concerns.

“Tony is a true progressive who has worked long for our community and I am proud to endorse him to be our next assemblymember,” said Gottfried, who has represented the district in Albany for more than 50 years. “I’ve known Tony for years and he has true integrity, determination and passion.

“Tony is someone who will always listen to the concerns of our local communities and will let them guide his priorities. He is a coalition builder who believes in accomplishing our goals through collective action, a principle that has guided my own time in the Assembly. I know that Tony is running for office because he loves this community and wants to serve it. As someone who loves this community, too, I believe there’s no better person to represent us.”

“I am proud to receive the endorsement of Assemblymember Richard Gottfried,” Simone said. “Dick’s steady, progressive leadership over the past five decades inspires the work I do every day. I will never forget how Dick had the bravery to stand up and establish my rights and those of my friends by introducing New York’s first marriage-equality bill in 2003. From introducing the first single-payer healthcare bill to fighting for marijuana legalization, Dick has always been a champion for progressive causes and working people in Albany. I am dedicated to continuing the moral legacy of the 75th Assembly District that he has established.”

Nadler, the chairperson of the House Judiciary Committee, in his endorsement, called Simone a “consensus builder.”

“I’ve worked with Tony Simone on important issues in our community for decades, from defending tenants to building our beloved Hudson River Park,” the congressmember said. “I know that he is a true consensus builder we can all trust to represent us in Albany and I am proud to endorse him for the Assembly.”

“Jerry’s valued leadership during his many years in public service, from his time in the Assembly to his work in Congress, have made him a beloved figure on the West Side,” Simone said.

“Jerry has always stood up for those who cannot stand for themselves and championed policies to make New York a more livable, equitable and healthy city, from increasing funding for mass transit to passing legislation to lower prescription drug costs. I am dedicated to following his example in carrying the torch for justice, equality and equity that Jerry has so faithfully carried for his entire career.”

Simone also has the support of the 504 Democrats, a political club supporting the rights of the disabled.

Simone has worked on numerous political campaigns and in government offices, including for former Senator Hillary Clinton and the late state Senator Catherine Abate, as well as director of community outreach for the New York City Council and Council Speaker Christine Quinn. In his Council role, Simone directed volunteer relief efforts after Superstorm Sandy, led local initiatives to reduce hate crimes, and participated in the fight for New York State marriage equality and to defend tenants from bad landlords.

Most recently, Simone served as the director of external affairs for Hudson River Park Friends, a group that raises funds to complete, maintain and enhance the 4-mile-long West Side waterfront between Chambers and 59th Streets.

Simone lives in Hell’s Kitchen with his fiancé, Jason, and their dog, Radar. He holds a master’s in public administration from Columbia University. A native New Yorker and lifelong Democrat, he is the son of a Peruvian immigrant mother and a father who drove taxis and trucks to support their family.