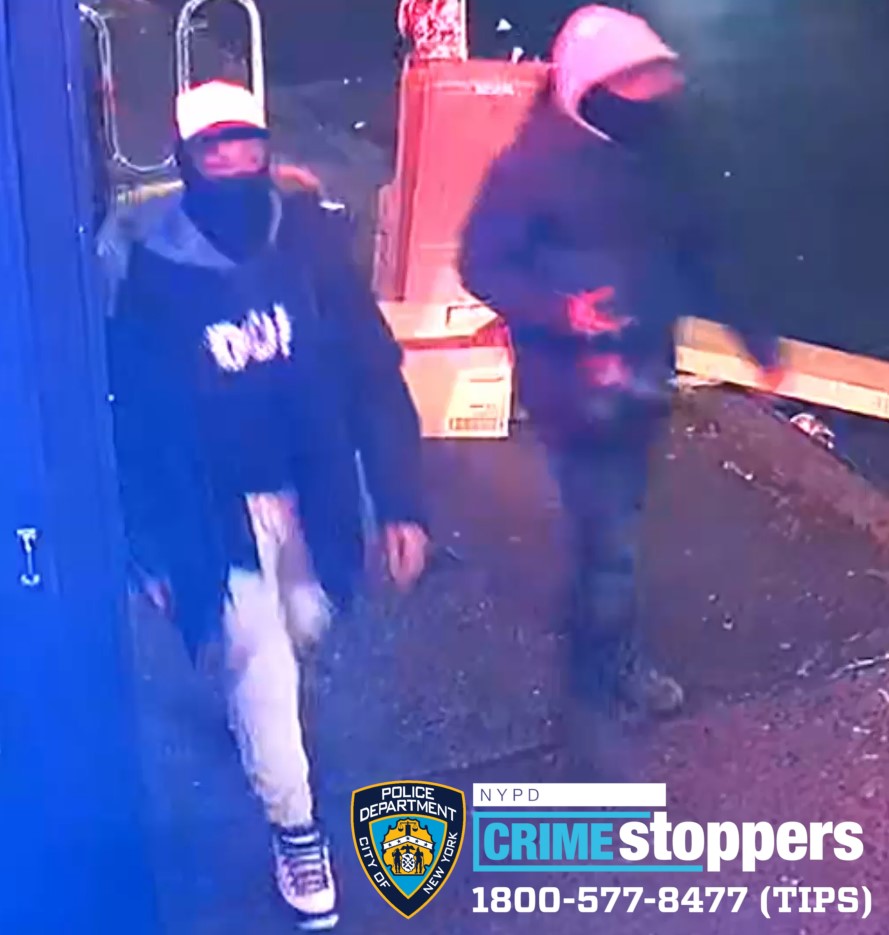 Two of the alleged members of the robbery team, according to police. (Courtesy N.Y.P.D.)

BY THE VILLAGE SUN | Updated Mon., March 14, 10 p.m.: Vending, generally speaking, is illegal in Washington Square Park. Now that more people are doing it, though — including pot sellers openly hawking their wares from tables on the park’s fountain plaza — it’s also getting dangerous.

According to police, a team of armed robbers has been brazenly sticking up vendors at gunpoint in the historic Greenwich Village park.

According to cops, on Sun., Jan. 23, just before 8 p.m., two men in their 20s approached a 41-year-old pot vendor in the park, with one of them displaying a handgun and demanding his bag. But the victim ran from them and escaped. The pair of perps fled the scene in a white Infiniti coupe.

This incident was reported back in January but is now being connected to another robbery the following month.

In that second incicent, on Wed., Feb. 16, around 10 p.m., three men reportedly approached two vendors in the park — a 31-year-old female and a 32-year-old male — with two of them brandishing firearms and demanding the victims’ property. The vendors complied, forking over a cell phone, a backpack, face masks, key chains and ashtrays, among other items. The three robbers fled in a silver SUV.

The suspects are described as wearing dark-colored clothing.

As first reported by The Village Sun, the Sixth Precinct recently confirmed the Feb. 16 gunpoint robbery in the park, in which the pot vendor estimated the value of his loss as $900. The police report only described the victim as “a man selling merchandise,” but a precinct community affairs officer said he was a pot vendor.

Police say the individuls have perpetrated “several robberies…within the confines of the Sixth Precinct.”

Speaking at a recent meeting of the Sixth Precinct Community Council, Captain Stephen Spataro, the precinct’s commanding officer, said there had recently been two gunpoint robberies of pot vendors in the park.

Vending is generally illegal in Washington Square Park, except for the selling of “expressive matter,” like books, paintings or photos. Musicians and other performers can also accept donations.

Police ask that anyone with information on the robberies call the N.Y.P.D.’s Crime Stoppers Hotline at 1-800-577-TIPS (8477) or for Spanish, 1-888-57-PISTA (74782). Tips can also be submitted on the Crime Stoppers Web site at crimestoppers.nypdonline.org or on Twitter at @NYPDTips. All tips are strictly confidential.