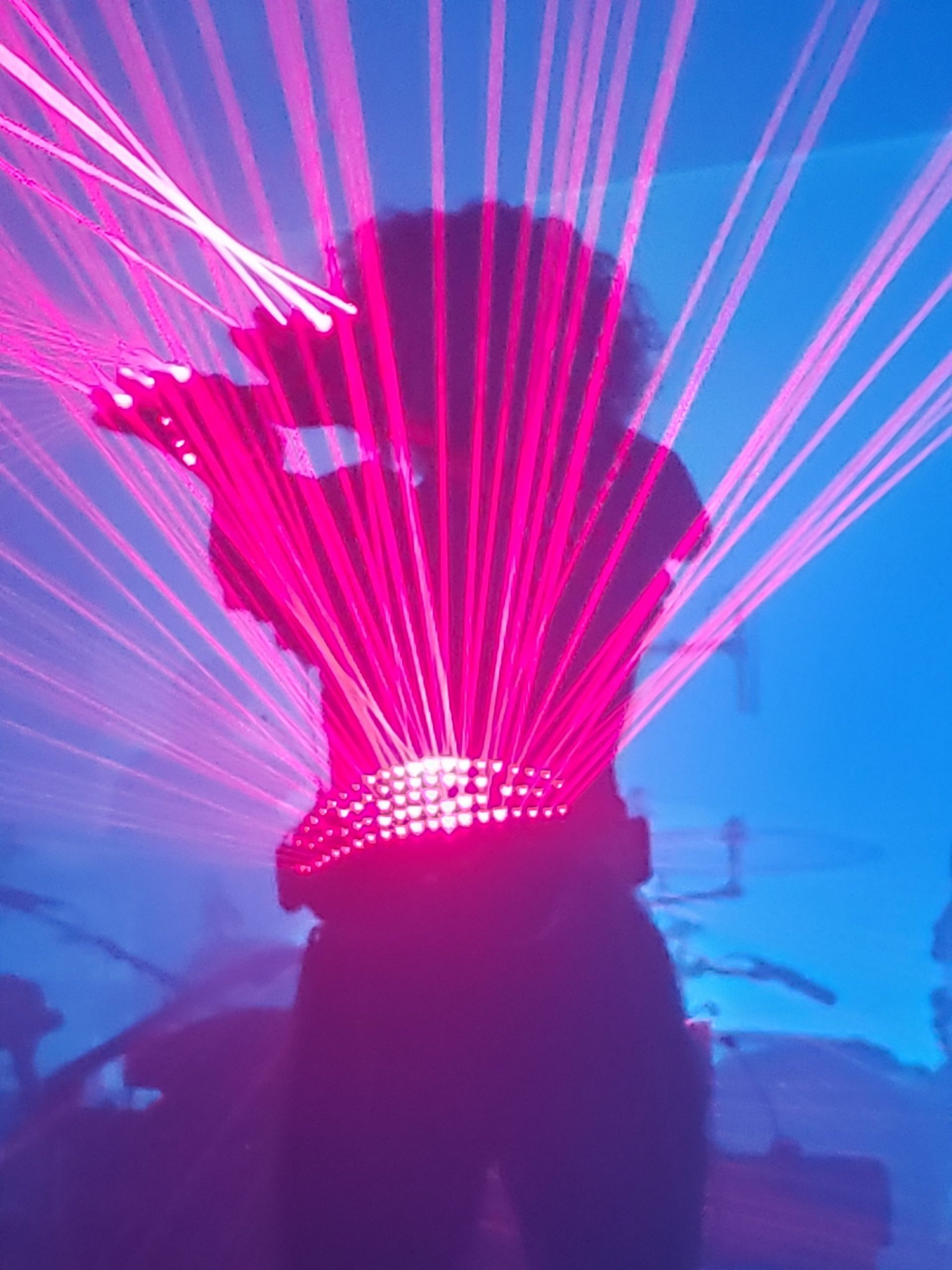 BY EVERYNIGHT CHARLEY CRESPO | Arcade Fire had remained rather dormant in the public eye since the beginning of the COVID era, until the band played a surprise concert this past Monday at the Toulouse Theatre in New Orleans.

NOLA reportedly is the adopted hometown of the Canadian band’s Win Butler and Régine Chassagne. The pay-what-you-wish concert benefitted the Plus1 Ukraine Relief Fund. It was Arcade Fire’s first full-band show in more than two years.

On Thursday, the band released two new songs, “The Lightning I,” and “The Lightning II.” The songs became available on a two-sided, vinyl, seven-inch record, and sheet music was shared for free. The band also announced the May 6 release of its sixth studio album album, “We,” the first since 2017’s “Everything Now.”

“Hey, New York, we’re going to play a show tonight if you want to come,” they told the camera. “It’s a benefit for Ukraine.”

Very much like the poster in New Orleans, the information stated that attendees must show proof of vaccination, wristbands were available “now” on a “pay what you can” basis, all proceeds would go to the Plus1 Ukraine Relief Fund, and the venue doors would open for the concert at 8 p.m.

Plus1 is a registered 501(c)(3) nonprofit agency that has connected more than 200 music industry artists, events and brands with social and environmental justice initiatives. Through 250 artists, festivals and events worldwide, Plus1 has raised and granted $15 million from 3,500 concerts to 300 local organizations. Arcade Fire’s concerts are raising contributions specifically for the agency’s Ukraine Relief Fund.

Arcade Fire last played the Bowery Ballroom in 2004, upon the release of their debut album, “Funeral.” Since then, the band has headlined multiple nights at Barclays Center and the Panorama Festival. Downscaling by about 1,000 percent, wristbands were rumored to be limited to the first 200 who came to the Bowery Ballroom yesterday afternoon, showed their proof of vaccination, and donated any amount by credit card to the charity. No tickets were sold: Entrance to the concert was gained by the band fastened around the donor’s wrist.

A giant inflatable eye hung over the venue’s entrance, similar to the one that will be pictured on the album cover of “We.” Inside the venue, a similar eye hung over the edge of the stage. Areas where normally audiences would stand or sit were cordoned off for band use.

As the audience filed into the remaining available space, a pianist on the west side of the floor played mid-20th-century standards like “My Satin Doll” for more than an hour. He was joined later by a bassist. Arcade Fire came on stage at 10 p.m.

From the start, the nine musicians began pumping the energy. Space on the stage was limited but the front line made the most of the limitations, with Butler and other musicians often stepping onto the monitors at the edge of the stage during the crescendos.

It seemed like nearly every song was a disco remix, extending the tune to squeeze as much juice as possible from the rhythms. The band was full of multi-instrumentalists, who frequently changed places on stage. Butler went into the audience twice, the first time walking through the floor and singing from the balcony rail.

At the conclusion of the encore, Butler and other band members joined musicians playing a small drum and percussion where the pianist had been earlier in the evening. Acting like Pied Pipers at a New Orleans Mardi Gras, they led a parade of revelers outside onto Delancey Street, crossed against vehicular traffic to the south side of the street, descended underground through a subway station entrance, and exited from another staircase, gathering again in front of the Bowery Ballroom. The party ended close to midnight, with the band members retreating back into the venue.

Arcade Fire has not made further announcements, but the rumored word is that the band also will perform at the Bowery Ballroom on Saturday, Sunday and Monday nights.