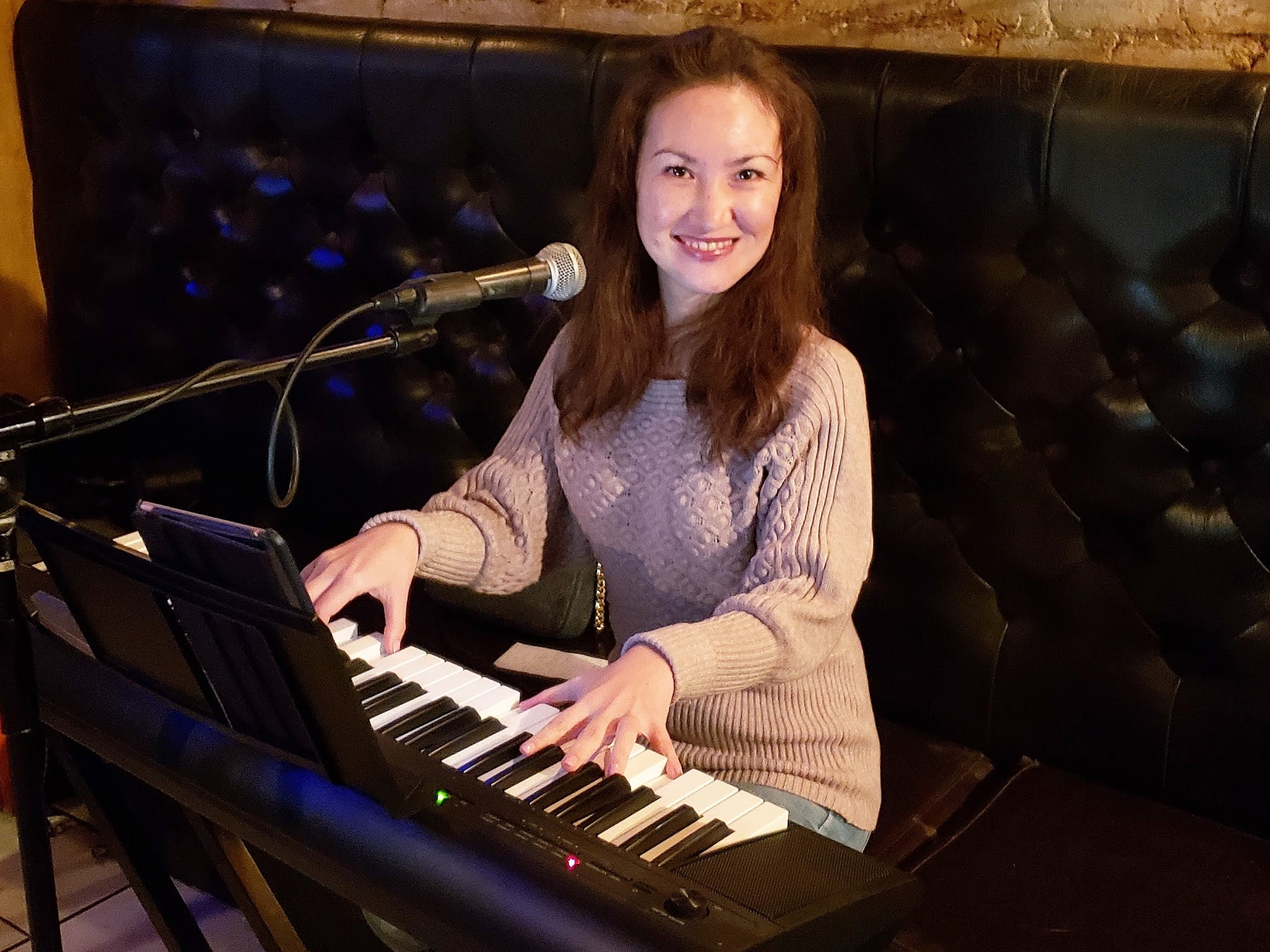 Masked and socially distant entertainment-starved music lovers were grateful for the tunes, live, loud and present.

As winter approached, however, infection spread and increased governmental restrictions radically diminished these entertainment options. Many musicians began hibernations, and many venues lost their platforms for presenting live music.

In most cases, the few remaining Downtown Manhattan restaurants that host musicians have them play indoors to diners seated outdoors. Kudos go to Marshall Stack (66 Rivington St.), Caravan of Dreams (405 E. Sixth St.) and a handful of other venues for showcasing live incidental music often, though on an irregular schedule.

The Anyway Café opened in its current location in 1995 and branched into three additional satellites over time. The East Village outpost remains the franchise’s quaint little flagship, serving French and Russian cuisine along with the restaurant’s ever-popular infused vodka specialties.

The Anyway Café never built a formal stage but rather made an informal space by the bar for musicians to sit on bar stools. Current regulations prevent diners from sitting inside, so two loud speakers by a window project the music to the diners outside. The public responded to a crowdsourcing plea this fall and so a newly covered and enhanced curbside area is almost completed. This soon will be equipped with electric heaters and speakers.

Russian pop and jazz musicians gravitate naturally to the Anyway Café. But Natasha Stolichnaya, who books the schedule on a week-by-week basis, will book most any style of music. About once a month, she even books herself. Stolichnaya leads a gypsy music ensemble that she calls the Typsy Gypsy Girls.