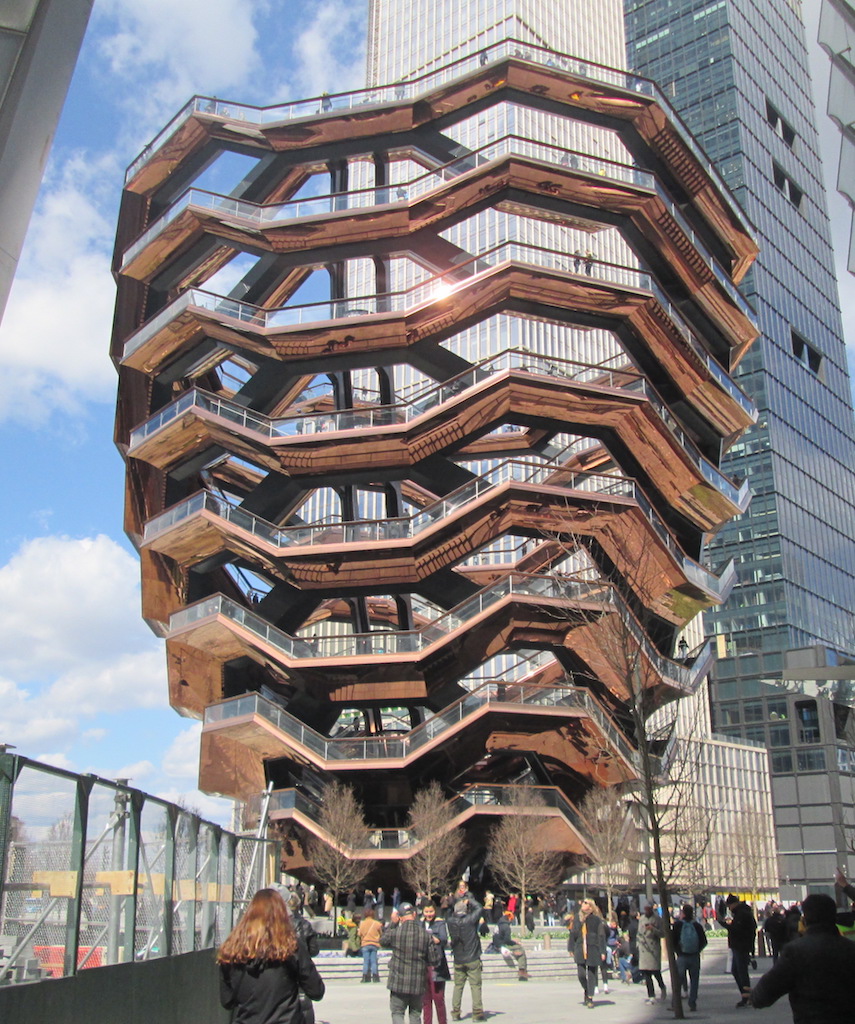 The Vessel at Hudson Yards has now seen three suicide leaps since it opened nearly two years ago. The victims have all been young, ranging from 19 to 24 years old.

Another young person leaps to his death from the Vessel

Just three weeks after a woman took her life by jumping off the Vessel in Hudson Yards, another young person has done so in another apparent suicide.

According to news reports, a 21-year-old man who was visiting from Texas plunged to his death from the 160-foot-tall walkable sculpture on Monday around 11:45 a.m. He reportedly was pronounced dead at the scene. The New York Post said the man, Franklin Washington, was wanted for killing his 55-year-old mother in Texas.

This is the third fatal leap from the Vessel since it opened in March 2019, with all the deaths coming within the last year. Created by award-winning British designer Thomas Heatherwick, the soaring, copper-colored public artwork at W. 33rd St. and Tenth Ave., is the centerpiece of the new West Side neighborhood.

According to the Daily News, a Hudson Yards spokesperson on Monday said the Vessel was “temporarily closed” after the latest death.

On Dec. 22, Yocheved Gourarie, a 24-year-old woman from Crown Heights, leaped off the Vessel. She had suffered from anorexia and depression. As first reported by The Village Sun, she scheduled a farewell note to post on Instagram the day after her death.

Last February, Peter DeSalvo, 19, a freshman at Sacred Heart University in Connecticut, ended his life by jumping from the top of the 16-story structure.