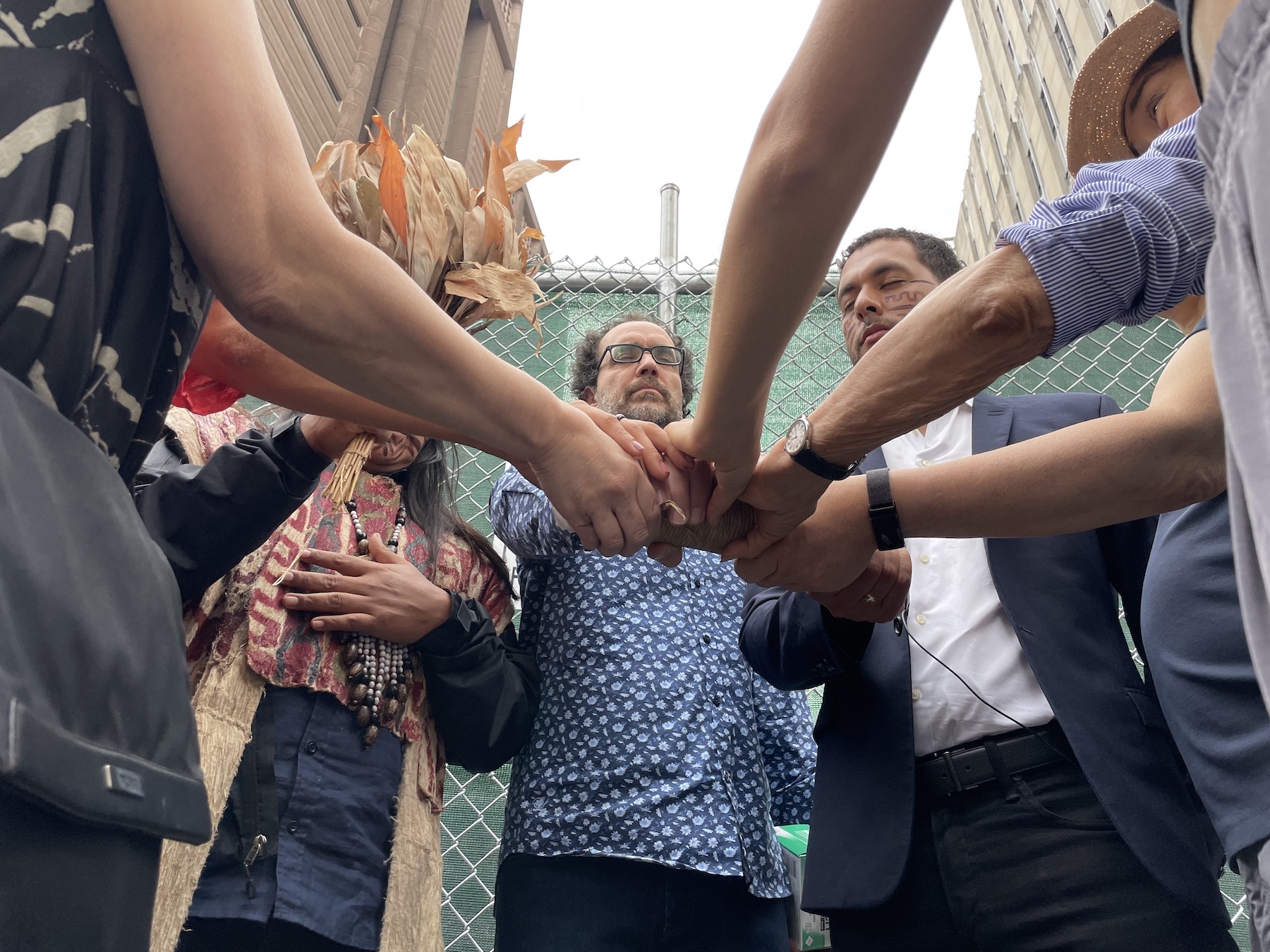 Ceremony participants held a ceremonial object as they entered into meditation. (Photo by Dashiell Allen)

BY DASHIELL ALLEN | Manari Ushigua, a renowned political and spiritual leader of the Sapara Nation in the Ecuadorian Amazon, recently led Chinatown community members in a ritual cleansing outside the site of the future “megajail.”

Covered in face paint, Ushigua instructed Chinatown residents, along with Councilmember Christopher Marte and members of the Downtown Community Television Center (D.C.T.V.) to form a circle, placing their hands together on top of a ceremonial object, before entering into meditation.

After the ceremony, Marte presented Ushigua with a citation on behalf of the City Council.

Documentary filmmaker Jon Alpert, the co-founder of D.C.T.V., told The Village Sun his organization is very concerned at the prospect of the impending demolition of the Manhttan Detention Complex and the construction of the new jail. In fact, the jail site is only one block away from the historic fire station house in which the center is located.

“D.C.T.V. is the closest public institution to the jail,” Alpert said. “Last time they did this type of massive construction, the firehouse sank and almost collapsed and we spent our life savings bringing that building back to life. And the way they’re proceeding on this, they don’t care what happens to us, they just want to build this jail.”

In the latter film, hockey players from across the globe — including from Ushigua’s home in modern-day Ecuador — play “one last game,” offering them the opportunity to reflect on the changing landscape.

“Old hockey players like me grew up skating outdoors,” Alpert said. “We used to be able to skate from the middle of November till the end of March. And if you can skate for four days now you’re lucky.”