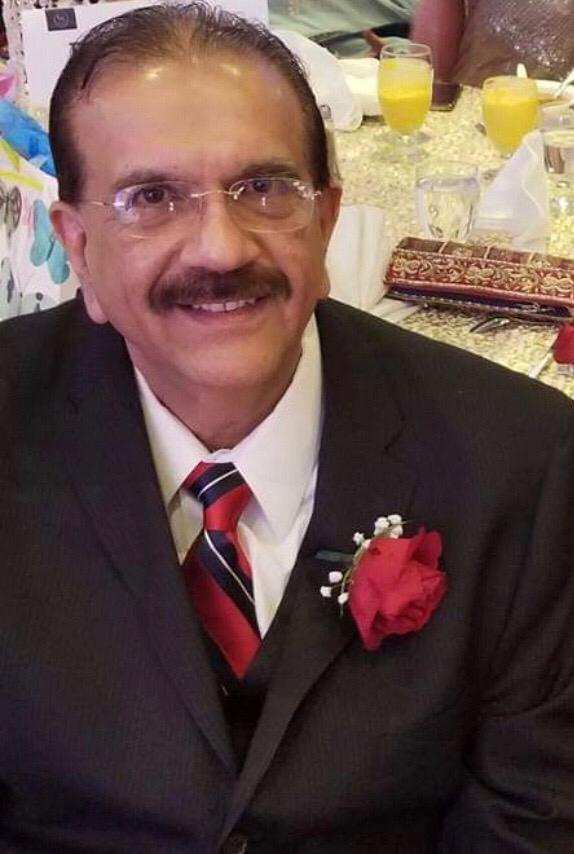 BY BONNIE ROSENSTOCK | After a long battle due to complications associated with COVID-19, Ali Asghar Yasin, owner and chief pharmacist of New York City Pharmacy, died on Sun., May 3, at Northwell Health Hospital in Manhasset, Long Island. He was 66.

The beloved East Village pharmacist was remembered for his warm, open smile, kind heart, compassion and care to all those he served at his family-run establishment at 206 First Ave., between 12th and 13th Sts. Accolades and praise poured in on several Web sites, and notes of condolence were left at the pharmacy, which were displayed in the front window.

When his recent grandchild was born to his oldest son’s wife, Yasin, his wife, Dinaz, and the child’s parents all got tested for the corona virus to make sure they wouldn’t infect the newborn. All four tested positive; three recovered, but Ali, who was on a ventilator for five weeks, did not.

Before Ali went into the hospital, Zain, his second-oldest son, told me his father was still making phone calls to doctors, insurance companies and talking to his customers, whom he refused to abandon.

“I think the stress exacerbated the illness,” Zain said.

After working at various pharmacies, Yasin established New York City Pharmacy in 2001. His oldest son, Zami, 38, is the manager, Zain, 36, works part-time as the pharmacy tech and Sadiq, 32, covers for Zami on his day off. Zohair, 30, has his own business as a Web developer, which his father encouraged, saying that being your own boss is the only way to ensure success.

At the back of the store, from the high opening, which looked into the shelves of pharmacological supplies and his cluttered desk, where he filled prescriptions, Ali always made time to consult and counsel on all medical issues large and small, like a wise family elder. He remembered everyone’s name. He found coupons online or had them on hand to lower the prohibitive cost of a drug. He would often charge at cost if the insurance company didn’t cover it, the co-pay was too high or it was very expensive.

He was ever-vigilant in scrutinizing his customers’ prescriptions.

“On his one day off, Ali would frequently do advance research on medications and their adverse reactions before I began a new one,” Joan B. said.

He once found an error in a customer’s prescription and called the doctor, who confirmed it and changed it. Similarly, when my primary called in a medication for my insistent bronchitis, after checking the side effects, Ali refused to fill it and asked for a substitute. Since he knew about my active lifestyle, he said it could seriously damage the ligaments in my legs.

He was also protective. Joan B. also recalled the night a man was harassing her and she took refuge in the nearby pharmacy. Ali told her to wait a while until closing so that he could drive her home.

Deborah Aslanian related how she once inadvertently took seven thyroid pills because they were identical to another medication she took.

“I called Ali, who I always called with questions,” she recounted. “He said he would look it up and call back. When he called, he told me he conferred with another pharmacist. He insisted I go to the E.R., which I was reluctant to do. He called me back three times to make sure I went. They gave me charcoal to drink and sent me home. The next day, I went to see Ali. He said he was happy to see me and threw his arms around me. He was a genuine, wonderful human being. More than a pharmacist, he was a healer, a friend.”

The fate of the pharmacy is up in the air since none of Ali’s sons is a pharmacist. The business has to be transferred over to Ali’s wife, which could take from 30 days to a year, Zain said. Then they could hire a supervising pharmacist, who would dispense medication.

As of now, they cannot fill prescriptions; they’re restricted to selling over-the-counter and household products, not very profitable for the small store. If this cannot be resolved in a timely manner, they might have to close. They have also lost the business generated by Ali as notary public. Zain said his father liked this part of his job very much, as it gave him a chance to interact with his customers more. For now, reduced store hours are Monday through Friday, noon to 5 p.m., Saturday is iffy and closed on Sunday.

Ali is survived by Dinaz, his wife of 40 years, his four sons and their wives and Zami’s three children. The funeral was held in East Meadow, L.I., close to where the family resides. Because of the corona virus, only nine people were allowed to attend the service. He is interred at Pinelawn Cemetery in Farmingdale.

The last words belong to Ali. Zain gave me a handwritten note his father wrote on Dec. 31, 2007, with the heading “I Will Never Retire.”

“When I turn 65,” Ali wrote, “I am going to withdraw from day-to-day operations and stop going into the drugstore every day. But I’ll never retire. When my business becomes part of my total makeup, part of my soul, I will never leave it and abandon my patients and clients.”

And he never did.