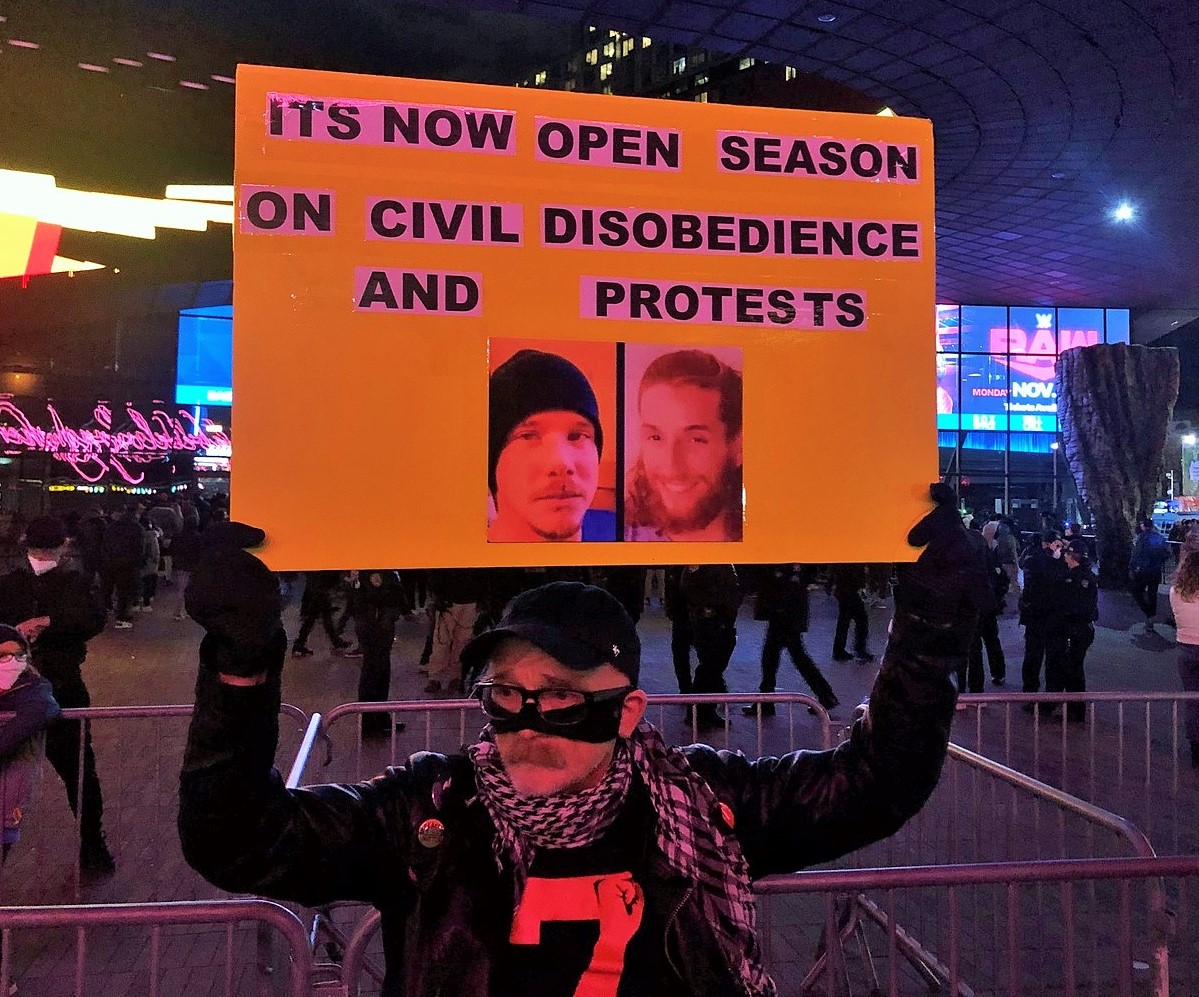 The protesters gathered at the Barclays Center before marching to Foley Square in Lower Manhattan. (Photo by Dashiell Allen)

From there they marched down Atlantic Avenue, onto the Brooklyn Bridge, ending up in Foley Square.

“We love you! We miss you! We will get justice for you!” they chanted. “Justice for Julius Jones and F— Kyle Rittenhouse!”

The march was organized by Nattaly Randall, a performer and organizer with the 50 Mile Run For Justice Project, and Na-Lekan Masego of the For Our Liberation Collective.

“Today is about solidarity,” Randall said. “Today is about how we are living in an unjust system. I could come up here and say it’s not fair, it’s not right — we all know that.”

The demonstration began next to an almost equally large crowd of basketball fans waiting to see the Nets game.

“There are way less people here than there should be!” one demonstrator expressed.

Randall expressed that, starting two summers ago, she’s done a “complete 180,” having not frequented protests before then.

Nattali Randall sang a hymn outside of Barclays Center pic.twitter.com/cAat7YJv6y

“This protest, us being united under one cause, this is about liberation for all of us,” said an activist named Masego.

“Black liberation is global liberation,” they said. “Because although Kyle Rittenhouse did not kill a Black person, he killed a white…and still was able to walk free. That shows you that no matter who you are, as long as you stand behind the message that Black people should be liberated, Black people deserve equity, and Black people should be free, you are a target… . We all need to remember that.”

Masego is part of a Black queer abolitionist collective in Red Hook that believes in “empowering people through mutual aid.”

“If there’s anything you walk away with today I want it to be mutual aid,” they said. “Every day I wake up and think about mutual aid and you should be, too.”

Only a week and a half ago the For Our Liberation Collective celebrated the opening of a free store for residents of Red Hook’s New York City Housing Authority developments.

We at @4OurLiberation opened a free store in Red Hook, Brooklyn! Items in the store are free for residents of Red Hook Projects, and include necessities like canned foods, clothing, soap, menstrual hygiene products, and more ❤️🖤💚 pic.twitter.com/qIOizzIzEf