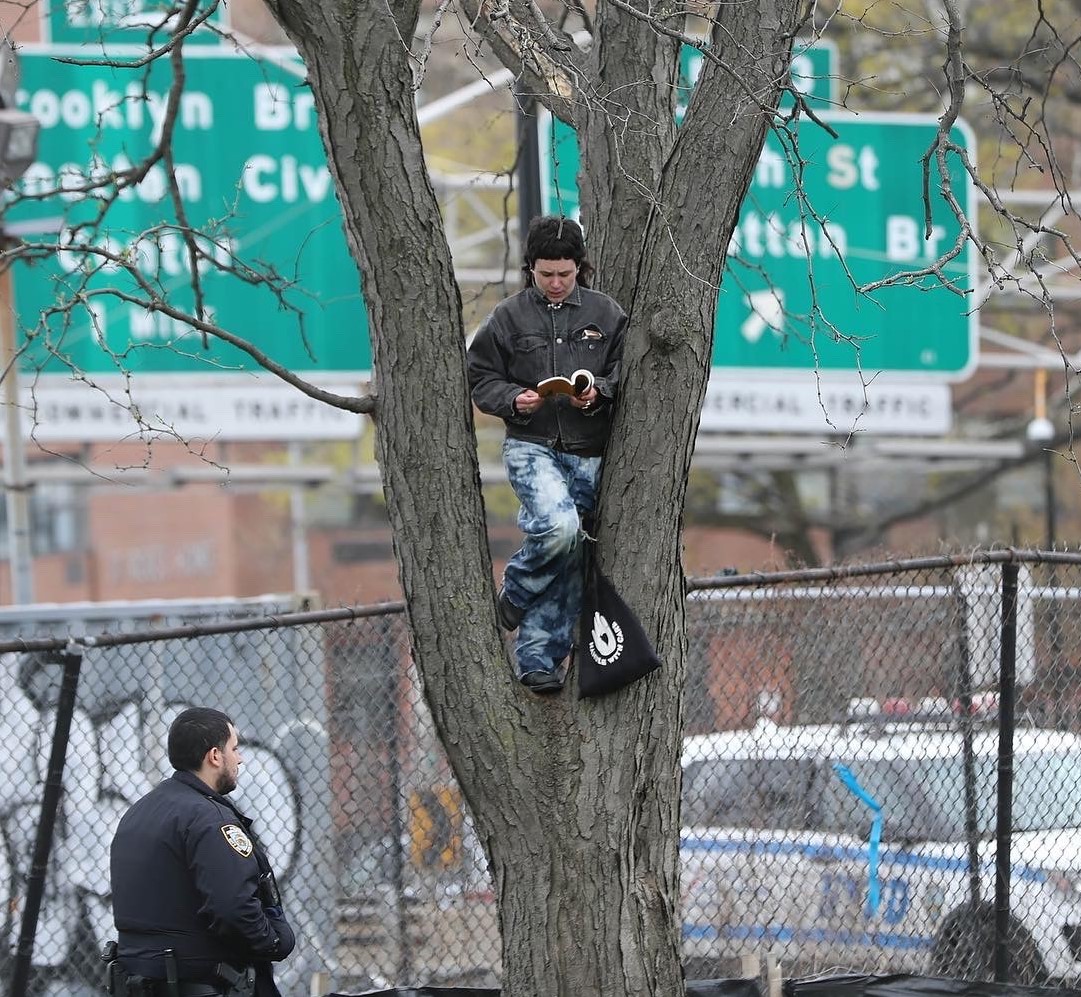 A protester got in some reading on Monday while tree sitting in East River Park. (Twitter/1000 People 1000 Trees)

Following the decimation of Cherry Hill’s namesake cherry trees in Corlears Hook Park, workers were busy cutting down other tree species there and also in East River Park on the other side of the F.D.R. Drive this week.

But on Monday a tree sitter just south of the demolished amphitheater slowed down the carnage in East River Park — at least for a while, that is, until eventually being arrested.

Despite a tree sitter in a nearby tree, workers have started to kill trees anyway. #WeRefuseESCR pic.twitter.com/zj8gOIHt1H

The city is cutting the trees in both parks as part of the $1.45 billion East Side Coastal Resiliency project, which is planned to raise East River Park by 8 feet to 10 feet to put it above the floodplain. The Corlears Hook footbridge over the F.D.R. Drive connection to East River Park will be rebuilt and new drainage added.

Correction: This article initially said the tree sitter was in Corlears Hook Park when it was, in fact, East River Park.