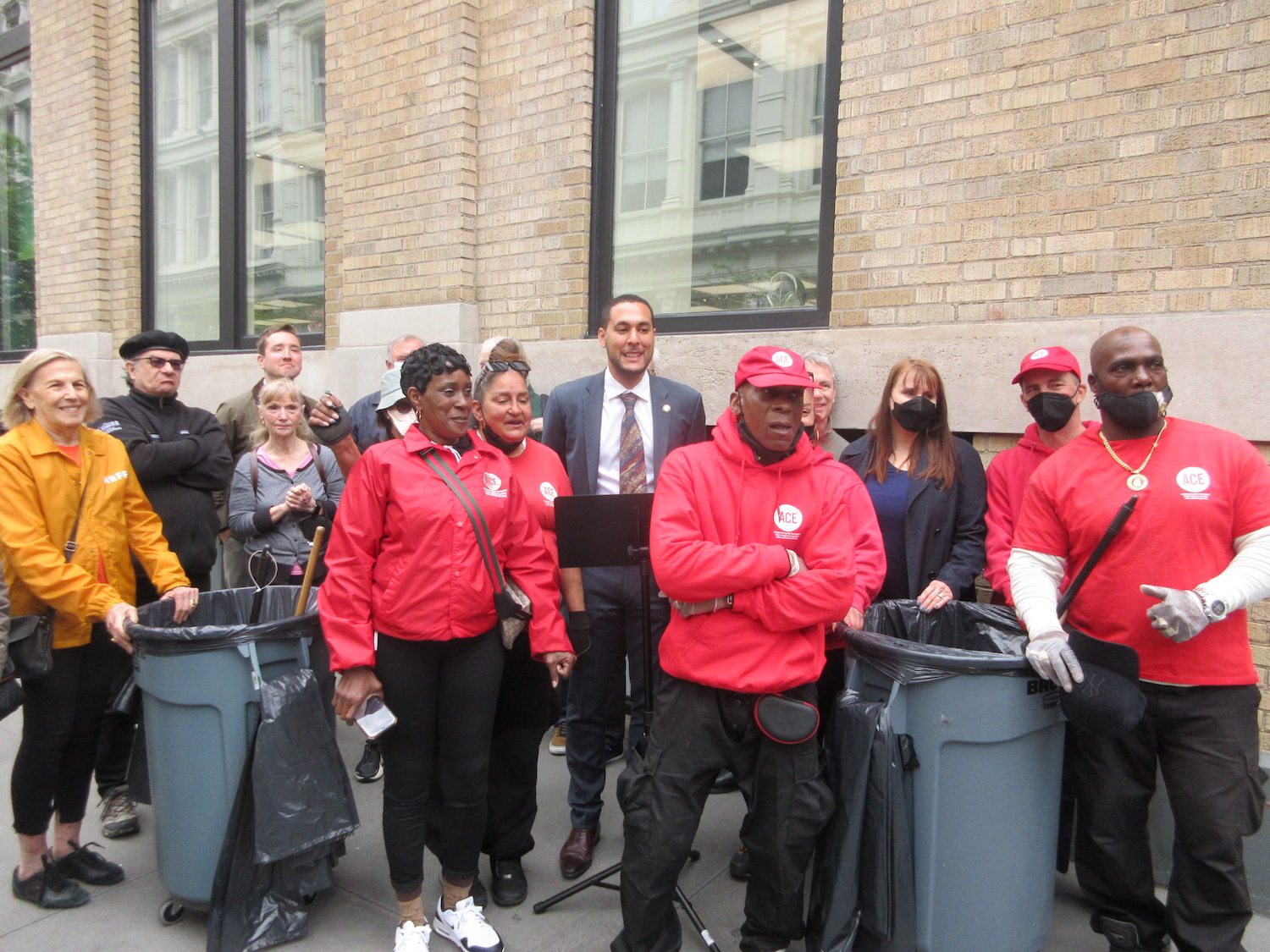 ACE workers joined Councilmember Christopher Marte, back row, center, and Soho residents in announcing that the street-cleaning program is extending to the neighborhood's western area. (Photo by Dashiell Allen)

BY DASHIELL ALLEN | It’s an ACE in the hole.

Soho neighbors, standing alongside Councilmember Christopher Marte, celebrated the expansion of ACE’s street-cleaning service to the western part of the district.

“Many people behind me already know what ACE does and how rewarding it is to the people that come through their door,” Marte said. “I’m so grateful to have this win-win for the second time in our district.

“This is just the start,” he added. “Tourism is only gonna go up as we come out of this pandemic, and the city administration has to catch up with the funds to make sure that we have enough street cleaners, we have enough machines, to actually make sure the city’s livable and welcomes everyone — tourists and neighbors alike.”

“We’ve been doing what we’ve been doing for 30 years and that’s cleaning streets and changing lives,” said Leo, an ACE worker. “We’re vocational training, used to be based out of Soho. Now we’re based out of Long Island City but clearly you can’t keep us away from here for too long.”

“This is bringing money into the city coffers, through hotel taxes and sales taxes,” said Jeannine Kiely, the chairperson of Community Board 2. “I would like to see going forward, as more money and jobs are coming into the city, that services go up to meet the demand in our neighborhood so we have clean, safe streets.”

“Yeah, tourism is up and so is the garbage from the tourists. And everyone makes money off the tourists except the people who live here, who get this kind of trash,” quipped Sean Sweeney, director of the Soho Alliance.

Founded in 1992 by local resident Henry Buhl in his Greene Street loft, the Association of Community Employment Programs for the Homeless, better known as ACE, offers workforce training to unhoused individuals, with the goal of helping them establish economic independence.