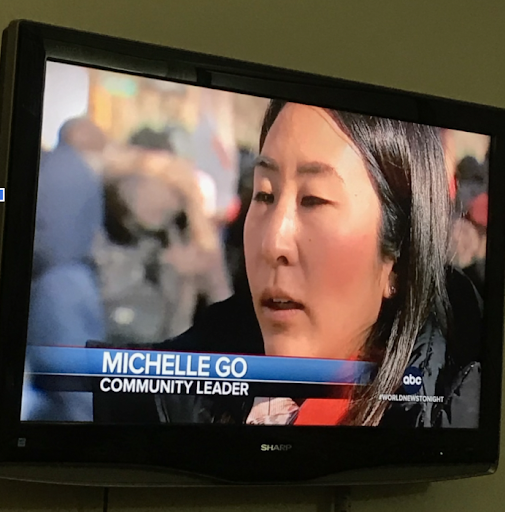 BY THE VILLAGE SUN | Grace Lee, a community activist running for election in the 65th Assembly District, which includes Chinatown, called out “ABC News Prime” and “ABC World News Tonight” for misidentifying her as Michelle Go. Go is the Asian woman who was killed last month when she was pushed in front of a subway.

On Tuesday, Lee issued a statement on the embarrassing snafu. She accused ABC of “invisibilizing” both Go and her, as well as all Asian women, and “blending them into a single Asian template.”

“My name is Grace Lee,” she said. “I attended a vigil yesterday for Christina Yuna Lee, who was stabbed to death by a man who followed her into her Chinatown apartment early Sunday morning. I spoke to a number of media outlets at this vigil because it is important for the voices of Asian women to be heard. Our fear is as real as the violence that is being committed against us. We want real policies that take into account our voices and that will make us feel safe.

“The ABC network repeatedly misidentified me on national television as Michelle Go, an Asian woman who was brutally murdered when she was pushed in front of a subway last month,” Lee said. “I identify with Michelle. She was only a few years younger than me. I went to a vigil for her, too.

“I know ABC did not intentionally misidentify me,” the candidate said. “I know that mistakes happen. But the lack of care given to an Asian woman’s name is harmful and further invisibilizes Asian women. We feel invisible. We feel voiceless. We are viewed as passive and interchangeable. And that dehumanization is what enables these crimes to be committed against us.

“We are told these acts of violence are not hate crimes, yet they keep happening to Asian women. Implicit racism makes us easy targets, just as implicit racism allows a national news network to mistake a living Asian woman with one who is dead. We are not all the same.

“Michelle and Christina both mattered,” Lee said. “They deserve to be remembered, not mixed up or blended into a single Asian template that too many people subconsciously hold.”