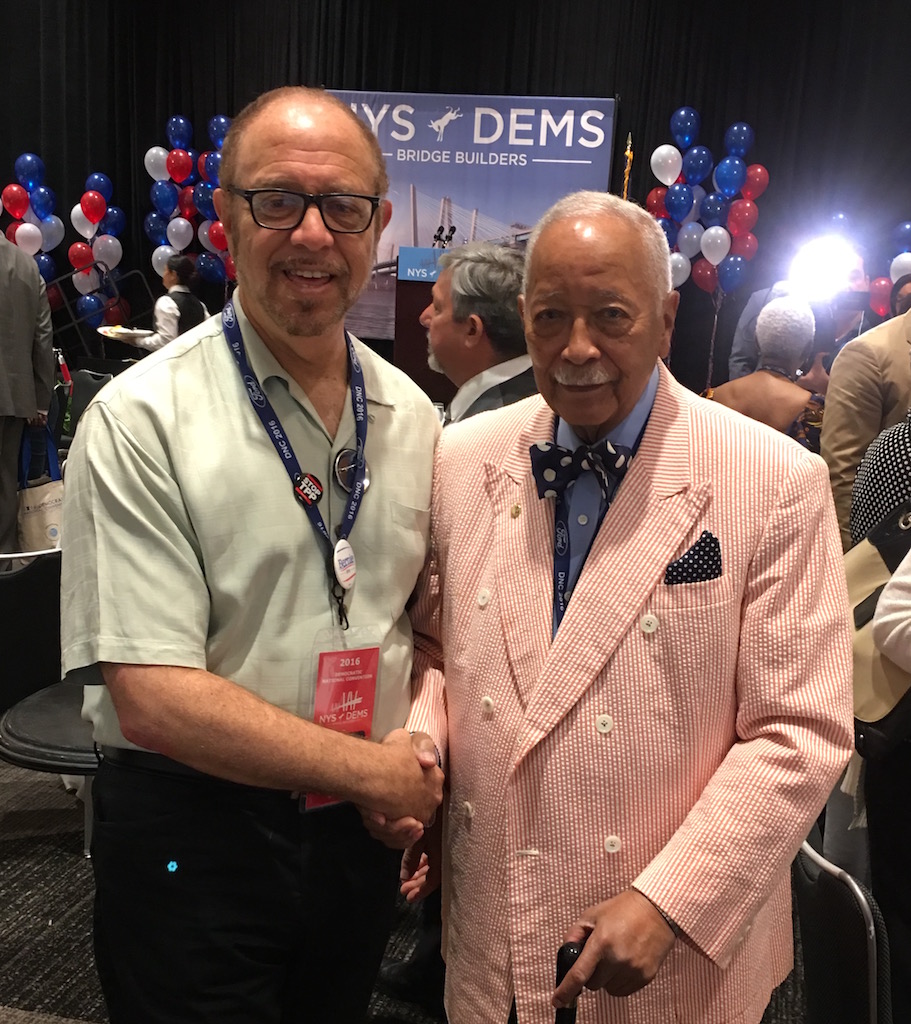 A tribute to David Dinkins, a great New Yorker

David was a leader in New York City for decades. He was a powerhouse in Harlem, became Manhattan borough president in 1985. He beat Ed Koch for mayor in the 1989 Democratic mayoral primary, and then beat Rudy Giuliani in the general election. He was New York City’s first and only Black mayor.

As mayor he brought fresh new ideas and voices into government. I recall it as being a time when a spigot had opened, after 12 years of Koch, when people with fresh ideas came forward to try to rebuild what had become a corrupt city government. But Dinkins also became mayor during a bleak economic period, when unemployment was high, and large swaths of the city, which had burned down in 1978, remained unaddressed. Crime and drug dealing were rampant.

David Dinkins did not send the police out shooting. He developed a model of community policing that actually began to address crime, and began to transform the N.Y.P.D. as an occupying force. And after 12 years of bombastic rule by Koch, Dinkins brought a welcome calm, and began to rebuild ties between our government and the Black community.

But those same ugly voices that rose up as the Tea Party under Obama, and as the Trump Movement, carried the day in the 1993 election.

And who were they led by? The same Rudy Giuliani who embarrasses us today when he is called the “former mayor of New York.

David Dinkins never faded away. He encouraged me and many others to get into electoral politics, and was always a voice supporting new, young, progressive voices. Through grace, intelligence and a caring voice for the voiceless, he represented the best of all New Yorkers, and continued throughout the decades to serve as our moral and honorable champion.

May his soul rest in power and peace, reunited with his wife Joyce, who died only a month ago. And may we unite as New Yorkers, standing taller together on the shoulders of our beloved Mayor Dinkins.