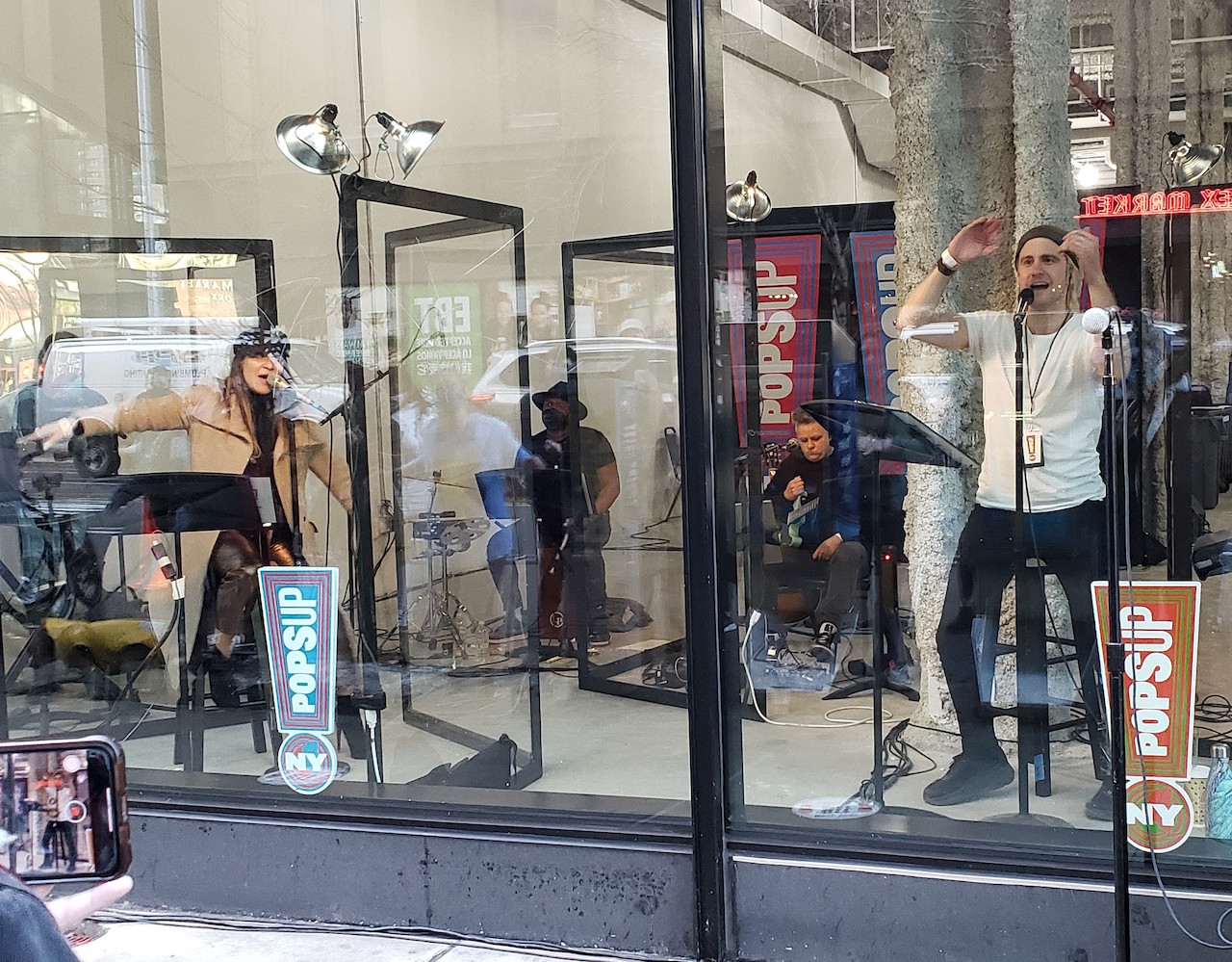 The duo sang pop covers (“I Want You Back,” “A Little Help From My Friends,” “Faith”) inside the windows of the International Center of Photography building, at 81 Essex St., across the street from Essex Crossing.

There were full-length clear partitions between all the musicians and singers. It was almost like office cubicles, except the partitions were see-through.

Loudspeakers were placed on the sidewalk so that spectators could listen as they watched the singers through the plate glass. Staff kept the audience near the curb so that pedestrian flow was unimpeded and to give spectators a panoramic view.

NY PopsUp, which began Feb. 4, will offer indoor and outdoor performances in parks, public plazas, museums, theaters and even on the backs of trucks.

Tony-nominated Renée Fleming, Tony-winner Hugh Jackman, Grammy and Pulitzer-winner Wynton Marsalis, Chris Rock and Tony nominee Amy Schumer will be among the more than 150 artists who will perform in the series of pop-up performances in arts events statewide.

For more of Everynight Charley Crespo’s coverage of the city’s live-music scene, check out his blog, The Manhattan Beat.