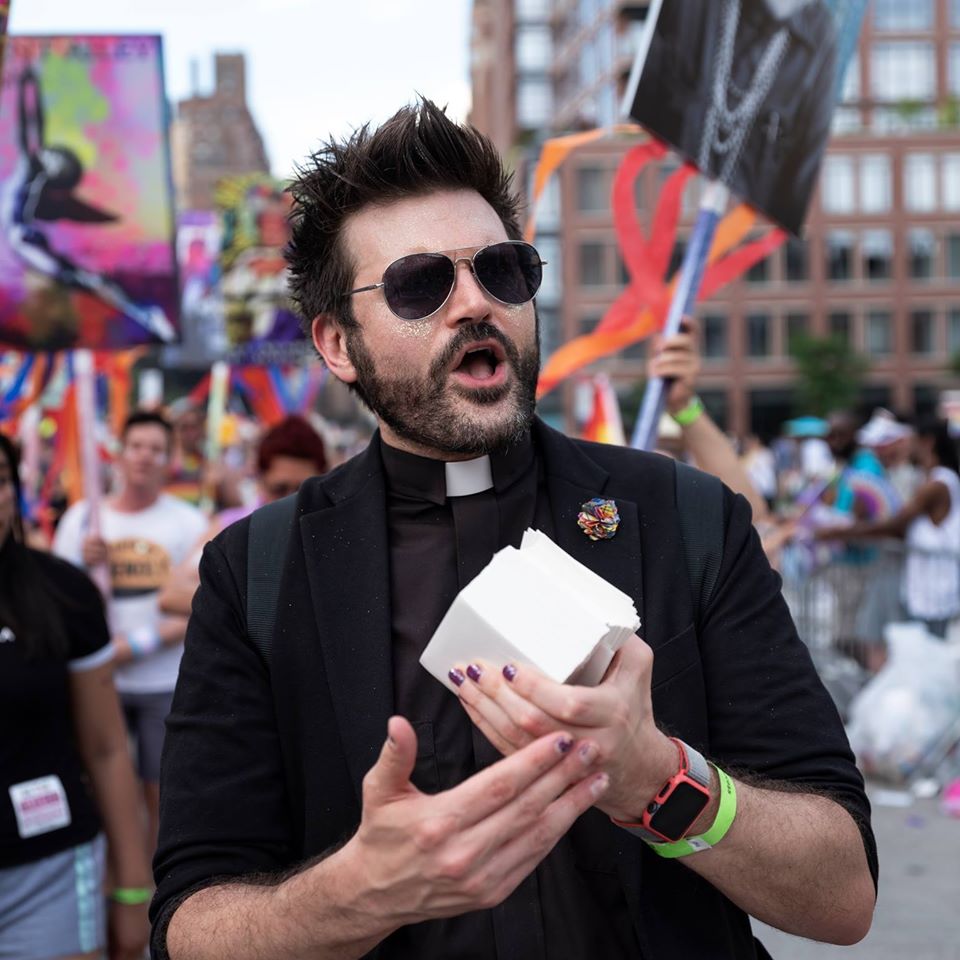 A Prayer for This Space Between Us

March 15, 2020
BY MICAH BUCEY | In this time of social distancing, when so many faith leaders and congregations have been forced to find new ways to gather that can’t possibly satisfy everyone’s needs and desires, I wrote this little extended prayer for my friends at Judson Memorial Church – New York City, a community I dearly love, so they can read along as it is presented virtually this Sunday morning at judson.org.

I also offer it to anyone who feels distant from those they dearly love right now, anyone who just might need a boost, in general, or anyone who might like to use these words for their own liturgical practice while they are away from their own sacred space home.

A PRAYER FOR THIS SPACE BETWEEN US

I am missing a thing I never knew I had.
I am wanting to touch more than I ever knew I did.
I am washing my hands of things I never dreamt I held.
I am measuring distance in units far larger than feet.

My doorknobs have never felt so dangerous,
My face has never itched so insanely,
My hangnails have never looked more delicious,
My coughs have never sounded so dry.

The poets tell us to be bridges and harbors, open doors and permeable borders,
But the pundits tell us to be rocks, islands, closed, bolted, sealed and uninviting.
I am working on a compromise, but I just end up a sloppy doggy door,
Too small to let much in, but still insecure enough to not be of much practical use.

I am embarrassed to admit that I rarely think of God in these times.
I think instead of alcohol content and canned beans,
Of stocking junk food versus produce,
Because the empty, sugary things have a far longer shelf life.
Instead of praying prayers for peace, I panic.
Instead of singing songs of hope, I silence my own inner still, small voice.

But there is a middle way in this space between us,
And sometimes we surprise ourselves, even in the distance.
Just yesterday, a friend asked me,
“Why would God let this happen?”
And I found myself saying, with more confidence than expected,
“God’s not doing this.”
And she said,
“But doesn’t God have control over all of this?”
And I said, without any hesitation at all,
“Viruses just happen.
But listen to the soft vibration inside you calling you back to calm.
Listen to the practical preparations running through your brain, telling you you can handle this.
Listen to the quirky, irregular rhythm created when your creaky joints talk to your beating heart,
Listen to the steady breath that flows in and out of your lungs as they work to keep you alive.
That’s God.”

She was unconvinced, but I was bowled over,
Not by any delusions that I was suddenly wise,
But by the simple fact that such simple faith had simply bubbled out of my mouth.

But there is a middle way in this space between us,
And sometimes we surprise ourselves, even in the distance.
Just yesterday, a bottle of Purell went rogue and exploded in my face,
Spewing bits of stinging sterility into my fragile eyes and mouth,
And as I scrambled to find something,
Anything safe enough to wipe it away,
I thought I heard someone laughing at me,
A very rude move in times like these.

And then I realized the person laughing at me
Was me.
And it wasn’t a cruel laugh or a happy laugh,
It was something in the space between.
It was a laugh reminding me of those whose lives always fall into this liminal crevice,
Those who always feel just out of reach,
Those who always feel swallowed by the cracks,
Those detained and deported, whether in body or spirit,
Those who always feel cut off and worn out and closed in and pushed down,
Those who didn’t need a virus to convince them that the world is full of threats.

And in this space between us, my dithering meets their direness.
In this space between us, your questions meet mine.
Spiritual closeness is a state of mind, not a physical proximity.
We cannot go too long without hugs, but we can pause and squeeze the thought of one another.
We can stop our need for normalcy (as if that actually exists)
And listen for the voices of the most vulnerable among us,
Especially since many of them so rarely speak up or are quickly shushed.

Maybe a sloppy doggy door isn’t such a terrible image after all.
While a peculiar, outmoded, ridiculous invention, even it, like all metaphors,
Can help to contextualize maddening mystery.
It suggests we can keep a part of us open, even when we’re necessarily closed.
It suggests that this space between us is a shifting, dynamic reality,
Not a permanent, concretized wall.
It suggests that this space between us is not a prison sentence,
But rather an invitation to find new and joyful ways to connect,
Instead of lazily going about business as usual.

Maybe, like my friend, you remain unconvinced,
But I remain bowled over,
Not because I know what comes next,
Not because I feel sure of safety or certain of the future,
But because I am looking at this space between us and deciding to treat it post-colonially,
Not as a space that needs to be conquered and named and defined and divided,
But as a space that has much to teach us,
A space that existed long before we quote-unquote-discovered it,
A space that cannot be ignored, but is not the threat we might at first think it is,
A space that is protecting us, for the time being, even as we fight its call to change.

So I pray the sacredness of this space between us lingers long after we are together again,
Not to alienate or isolate,
Not to terrify or paralyze,
But to simply remind us that our spirits can bridge every divide,
Not only when we are apart,
But even when our bodies are close together again.