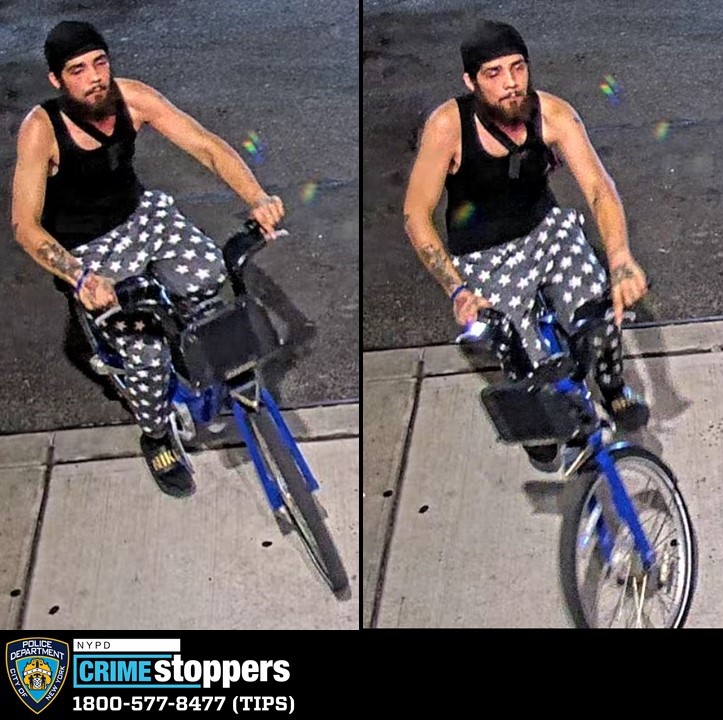 BY THE VILLAGE SUN | Police have released some clearer images of the Washington Square cell-phone bike bandit.

According to cops, the suspect pedals past street corners on or near the square, plucking cell phones right out of people’s hands. There have been 10 reported incidents between Tues., July 12, and Sun., July 17, mostly around Washington Square and always at night, roughly between the hours of 8:30 p.m. and 1:15 a.m.

Cops describe the suspect as having a thin build, a beard and a Caesar haircut. He has been seen riding a nonelectric Citi Bike, wearing pants with a polka-dot-like pattern — with either colored or white dots or stars — a black tank top and sneakers or Nike slides and toting a small pack on his back, either pink or black.

The suspect is wanted for grand larceny in connection with the phone thefts.

None of the victims were injured.