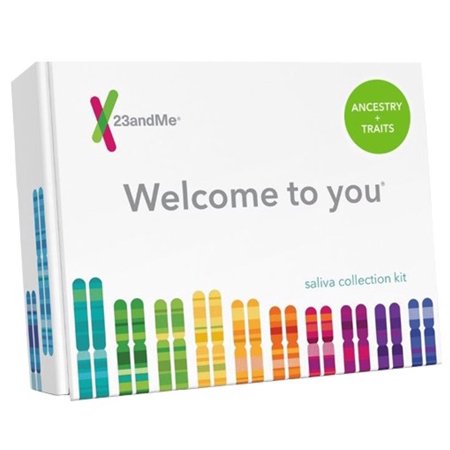 BY SCOTT OGLESBY | Yeah, you got it — the title is a cheap dig on that ancestry search outfit — the one with a younger number in its name.

My “search invite” was a birthday gift from my wife. I thanked her dutifully, spit in the vial and mailed it off.

A week later, the pricey results revealed few surprises, most prominent the fact that I have more indigenous blood than Elizabeth Warren. No snark intended, I’ve forgiven Liz her faux pas, because I remember my Mom talking incessantly about her Choctaw blood when I was a kid, although now I know it was minuscule.

But this column has little to do with DNA genes, or its phonetic twin, jeans of the wearable variety. Unless, of course, you count my constant grousing about trendy young gals buying new jeans with pre-torn rips and holes. They’ve ruined my flirty-ol’-man act — half of me seeking eye contact, the other half itching to harangue them for insulting the poor with poverty fashion.

My woke boomer friends push back that in the Sixties my bell bottoms were pretty silly, too. But I didn’t offend anyone, I tell them, except a few Norwegian sailors. And besides, didn’t bell bottoms make a comeback as highwater pants? Me, I have no apparel issues — 73 and retired, I rarely venture out of sweatpants.

I do worry that the popularity of genetic/ancestry searches are just our latest narcissistic obsession. We destroy history as a school curriculum and replace it with seductive sales pitches to investigate our personal heritage. Sure, it’s a lot more fun, at least until you find out your real dad was an itinerant Bible salesman and you have a half-brother in Leavenworth.

On the other hand, I read an article about some African Americans who were finally able to trace their lineage and fill in the gaps about their true origins. The downside was their wrenching experience of scrolling through slave archives and finding dollar signs next to their descendants’ names.

My generous side pegs these ancestry start-ups as natural outgrowths of our Western focus on individuals and the capitalist urge to monetize everything. I wonder sometimes how this racket is going over in say, China? Badly, I would think, since they’ve been religiously steeped in their ancestors for centuries.

Lately, I barely recognize the new American conversation, or lack of it I should say. We want to know our distant relatives from a hundred years ago, but today we don’t want to talk to anybody. Everyone prefers typing — my friends swap a dozen texts deciding where to meet up when a simple 30-second phone call would do the job. Prisoners of fake convenience.

Some say the Internet is the major culprit — you can tweet rumors, bully the weak or demonize anyone anonymously. Rude is easy when there’s no eye contact. And now we have cancel culture. You kidding me? They’re people, not subscriptions. But I’m hardly a sage; with my new Worldwide Web-by outlook, I feel more like cilantro.

I think too much, my wife says, and she’s right. My hyper brain is driving me out of my mind and, at my age, it ain’t a long drive. So either shut up or start a blog, she advises. I think she says that so she won’t have to listen to me. I understand. I can barely tolerate those pushy thoughts in my head either, much less dare to ask others to read them. I might overthink and overwrite but I don’t overshare.

My wife’s a writer, as well; I call her the original unreliable narrator specializing in ambiguous endings. On Wednesdays she goes to moderation management, but by Friday she’s back to mismanagement. She tends to blame a lot of it on me  — after all, I am a man. Her theory is that most men eventually morph into angry creatures hiding unattended wounds. Guilty as charged.

She’s right about one thing, though — I need to spend my time doing something more than homemaking and critiquing-at-large. She gives me feminist points for my embracing of house duties but chastises me for having the gall to call out narcissism when all I write about is me. Well, I figure I’ve only got a fleeting 20 years left, so I follow a basic writing rule — write what I know. Unfortunately, these days a lot of what I know garners an “O.K., boomer” response.

The worst caveat of my age is that I have to slog through my third presidential impeachment. Won’t be easy. Seems the country was more easily swayed to consensus when folks shared the same news source. Now we pick our news hubs with facts tailored to regional prejudice and targeted algorithms.

To be clear, I’m looking at these aging generalities through an age-specific lens, my 73rd birthday, which is this month. No party this year. The celebration of my 70th was memorable enough when I was ambushed by a friend’s card that had a printed message so small I couldn’t read it. Digging out my bifocals, I shared it aloud with him and a dozen friends — “70 is the new 50 if you can read this without glasses.” Har-de-har har.

Your grown children usually protect you from such dark jokes, so I guess it’s relevant to note that I’ve managed to cruise through life without producing any progeny — none that that I’m aware of, anyway. That fact also makes it highly unlikely there will be anyone in the future tracking me down on ancestor sites. Since the buck stops with me, one could look at my negative rants about ancestry as sour grapes; or even question my understanding of life itself when I’ve never given it.

And speaking of giving or getting it, that’s become more difficult, for sure. Rodney Dangerfield quipped that for older folks, food is the new sex. I have to agree, but unfortunately, my favorite meal happens to be breakfast, which sort of complicates things. I mean I can handcuff a bagel, maybe, but how do I tie up scrambled eggs?