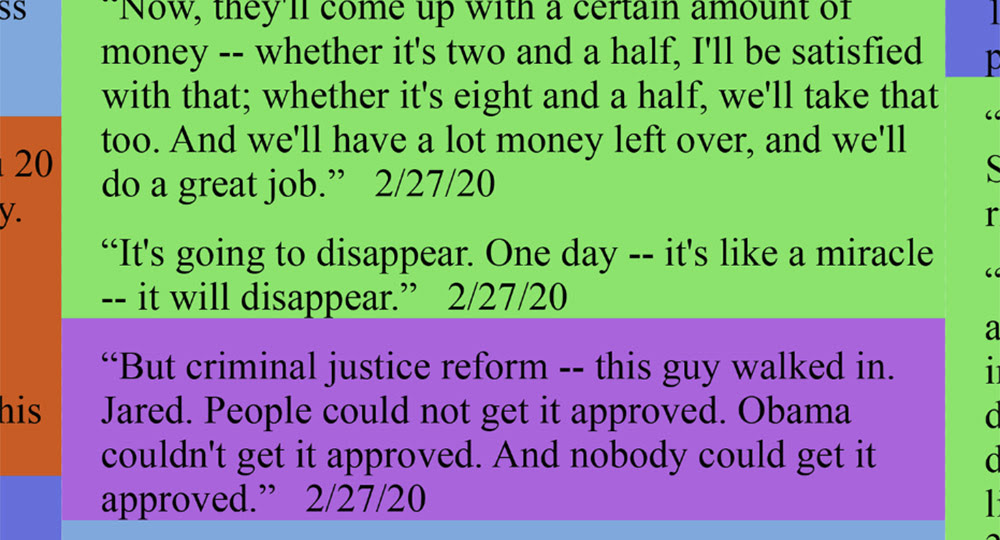 A few of the thousands of falsehoods and fabrications on the "Wall of Lies" — which users can zoom in on via the project's digital version.

The Trump “Wall of Lies,” at Lafayette and Grand Sts., definitely deserves a closer look.

And now you can do that — with the digital version of the public installation, which allows viewers to zoom in individually on all of The Donald’s distortions.

The wall of Trump clunkers was a collaboration by Bushwick artist Phil Buehler and Tom Tenney, the executive director of Radio Free Brooklyn.

An earlier “Wall of Lies” they put up in Bushwick was vandalized, so they decided to install a bigger and better one in the Soho/Chinatown spot.

The wall will remain up at least until the winner of the presidential election is declared — but that could very be a while.