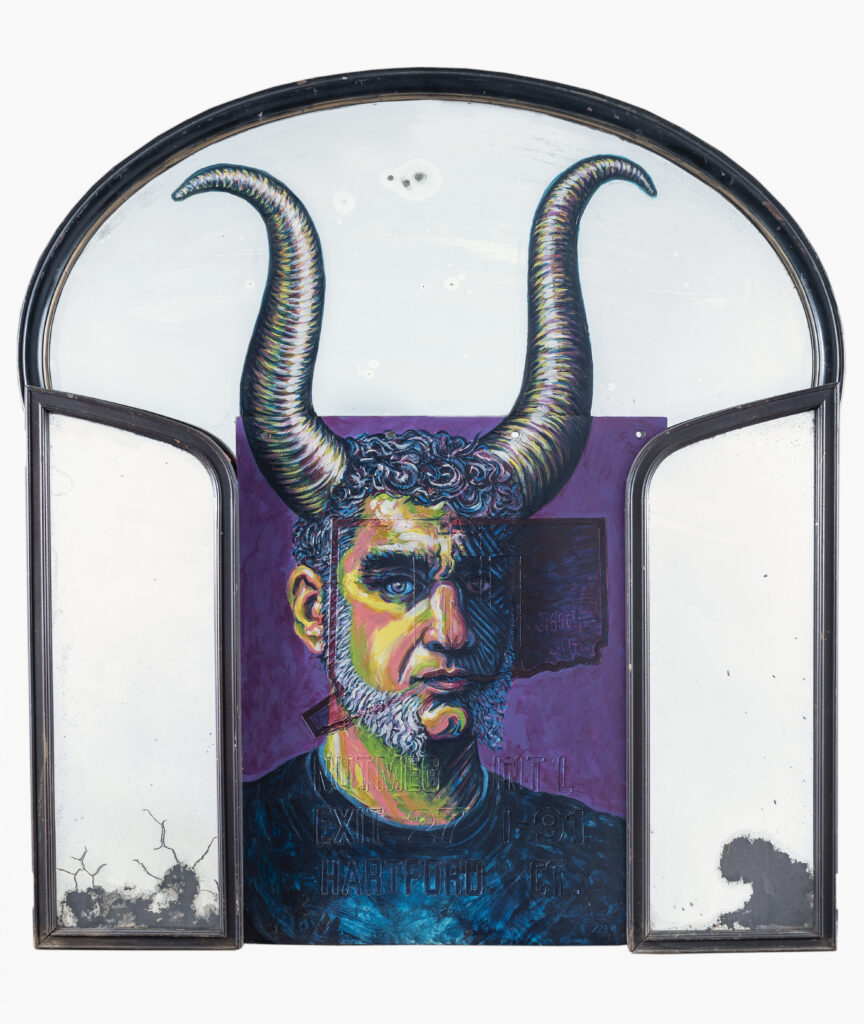 BY CLAYTON PATTERSON | The Lower East Side is divided into sections. You have, for example, the East Village, Alphabet City, Grand St. and, what I see as my section, which is from Bowery to the East River from Delancey St. to Houston St. This last area has always been somewhat overlooked.

Back in the 1980s, the night commerce on the mostly dark streets was drug sales amid closed shops, until gentrification changed the rules. The community board and ruling politicians oversaw this area’s transformation into an entertainment zone.

Eventually, we got the luxury apartments, hotels, the Essex Crossing megadevelopment, and now it seems that we have more bars than people.
The rents that liquor-licensed businesses could pay trumped what the area’s small and independent merchants could pay and many of the latter were pushed out.

The artist Anthony Zito became one of these casualties. By 2006, Zito had been in the area for more than 20 years. He moved to the Lower East Side from Northampton, Massachusetts, in 1992. He held down his Ludlow St. Zito Gallery, with its bright yellow front, from 2002 to 2006.

The Zito light in the darkness of Ludlow St. was a cheerful oasis, a go-to spot. Zito is one of those artists who can attract people to hang out in his space; everyone is entertained by everyone else, and he just keeps on working in the middle of the mix.

His walls were filled with his paintings. Mostly portraits. Zito was famous for his portraits, and had a very wide slice of culturally smart clientele. Zito’s portraits are a who’s who of Downtown. One painting, owned by Jim Jarmusch, appeared in the filmmaker’s “Coffee and Cigarettes” and “Broken Flowers.” 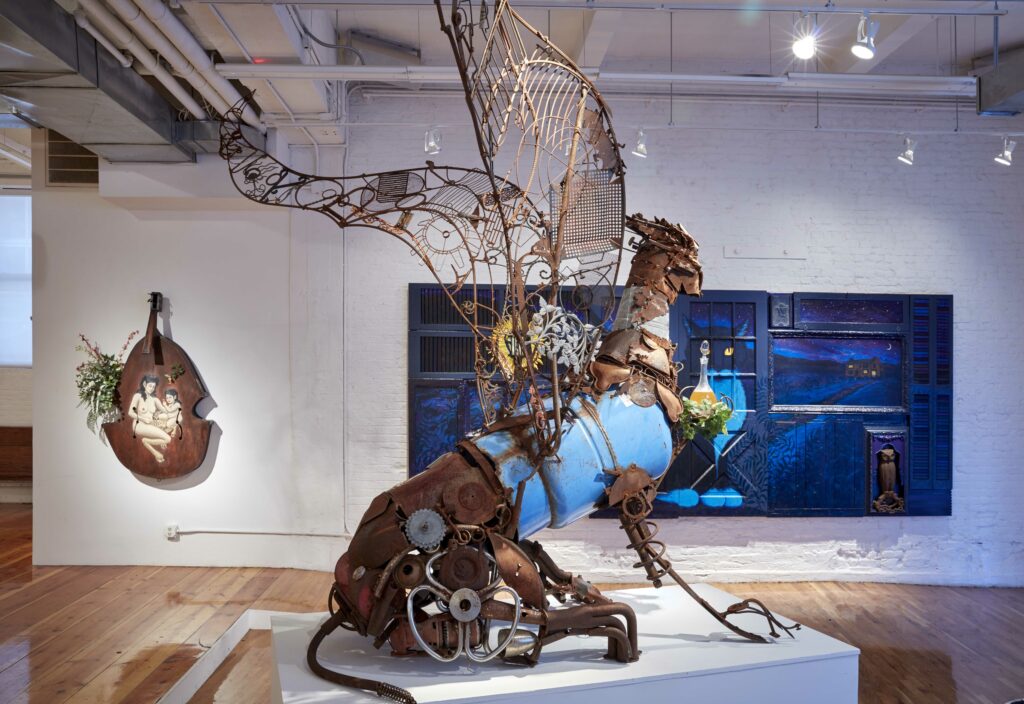 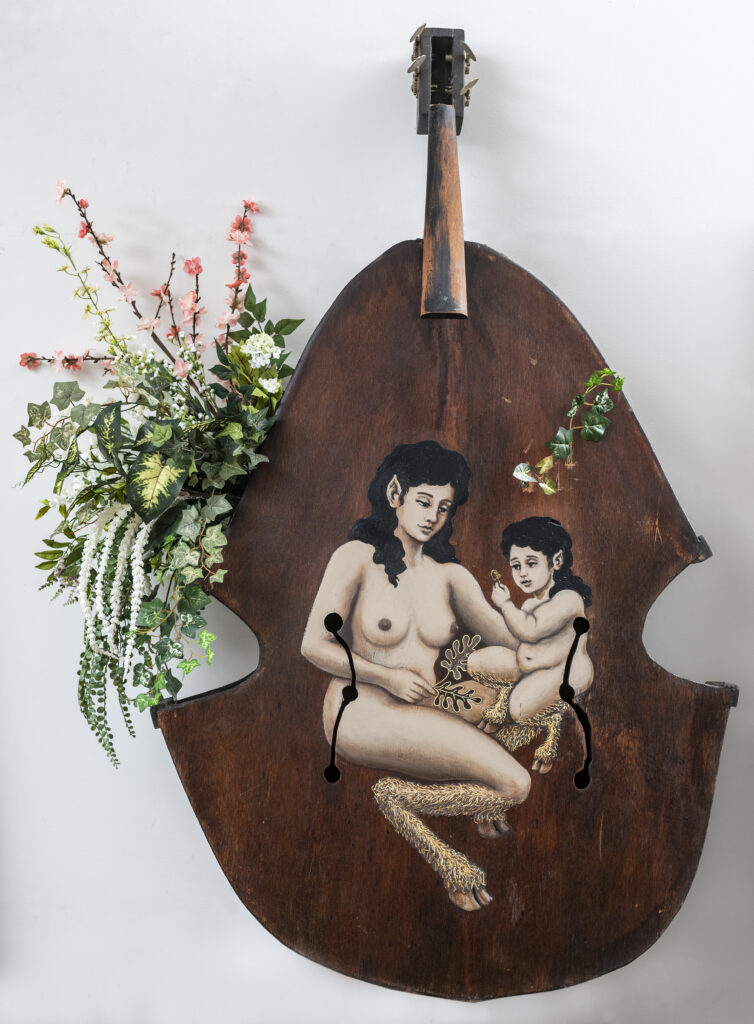 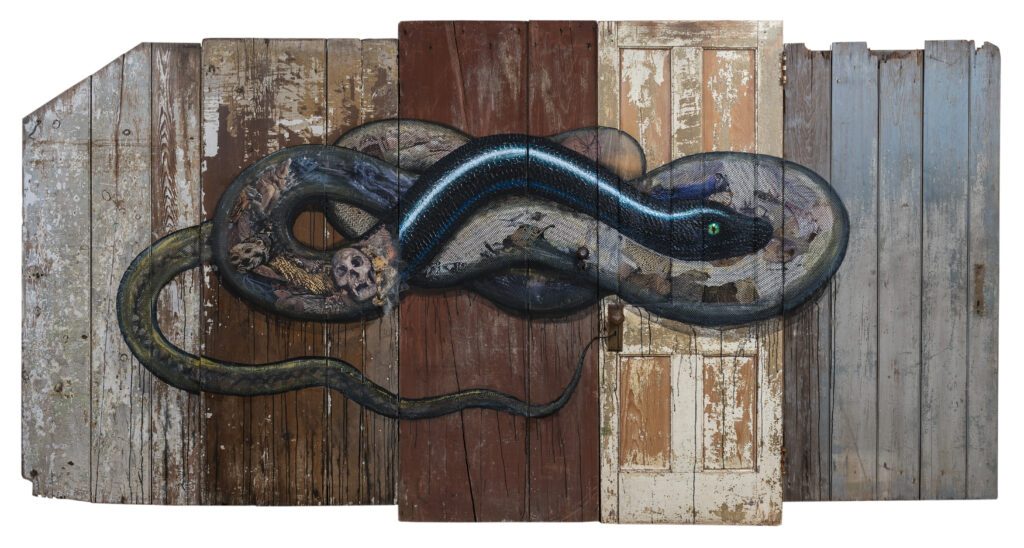 Zito’s gallery walls were filled like a Victorian-era exhibition space, every open spot held some sort of visual material. This is the style of art exhibition Zito usually had. He was always about action, making use of everything that is available, space, place or debris.

Instead of using a traditional canvas, Zito incorporated found objects from the street for the structure of his paintings. The found object would often somehow connect with the subject: A musician’s portrait would be painted on the back of an album cover or the back of a leather jacket; a fashionista’s portrait could be painted on a mirror, a clock, a stop sign, whatever. Often the artist had a stock of street debris saved up to choose from.

Zito often worked with another group of creators who were connected to this part of the LES, artists like Philly Abe, Carlucci Bencivenga, Steve Ellis, Joe Heaps, Lincoln Caplan and friend Dr. Dave Ores. His people gatherings and his ability to make an action extend beyond his gallery is another of Zito’s social skills. Zito is a founding member and Director of 4heads Non Profit, a New York City organization created by artists for artists that has produced the Governors Island Art Fair since 2008, which was rebranded Portal: Governors Island in 2016.

Zito also created the idea for the NY ACKER Awards RIP memorial contribution. Zito draws a portrait likeness of the late artists on takeout deli paper coffee cups. Each artist who is a NY Acker Award recipient, gets one of the cups in his or her box, which is also filled with objects by the other artist honorees.

Zito’s current show, “My Father is a Satyr,” opened at HOWL! Happening gallery, at 6 E. First St., on Nov. 22 and runs through Dec. 22. It offers a whole other look at Zito’s work.

I did not need to see this show to have it proven to me what an accomplished traditional painter Zito is. He has all the skills of a modern master. He hit his stride a number of years ago. Between survival and the need to keep doing art, he made use of every opportunity that came along.

In 2003, one major project I did with Zito, Steven Ellis and Carlucci Bencivenga was helping Fred Rothbell Mista — the ex-Downtown, Limelight-famous, VIP club maestro — turn his Apocalypse Lounge into a happening entertainment spot.

We did a lot of art, shows and events, and one night Boy George stopped by. Zito was doing a public portrait session, painting everyone’s portrait. In the crowd was Steven Sabin, Michael Musto and Claire O’Connor, and it the first time Zito was introduced to Jane Friedman, of HOWL! Happening gallery.

Zito put together shows in empty storefronts. He was always painting. His shows fit in everywhere and anywhere that worked — from the rock-’n’-roll-flavored Art On A gallery, to restaurant signs, to street portraits, to taking over Governors Island, to shows around the globe. Always making something work for himself and for others. Zito is not only a team player he is also a team leader.

To get a whole fresh look at Zito’s art, the Howl! Happening show is a must-see.