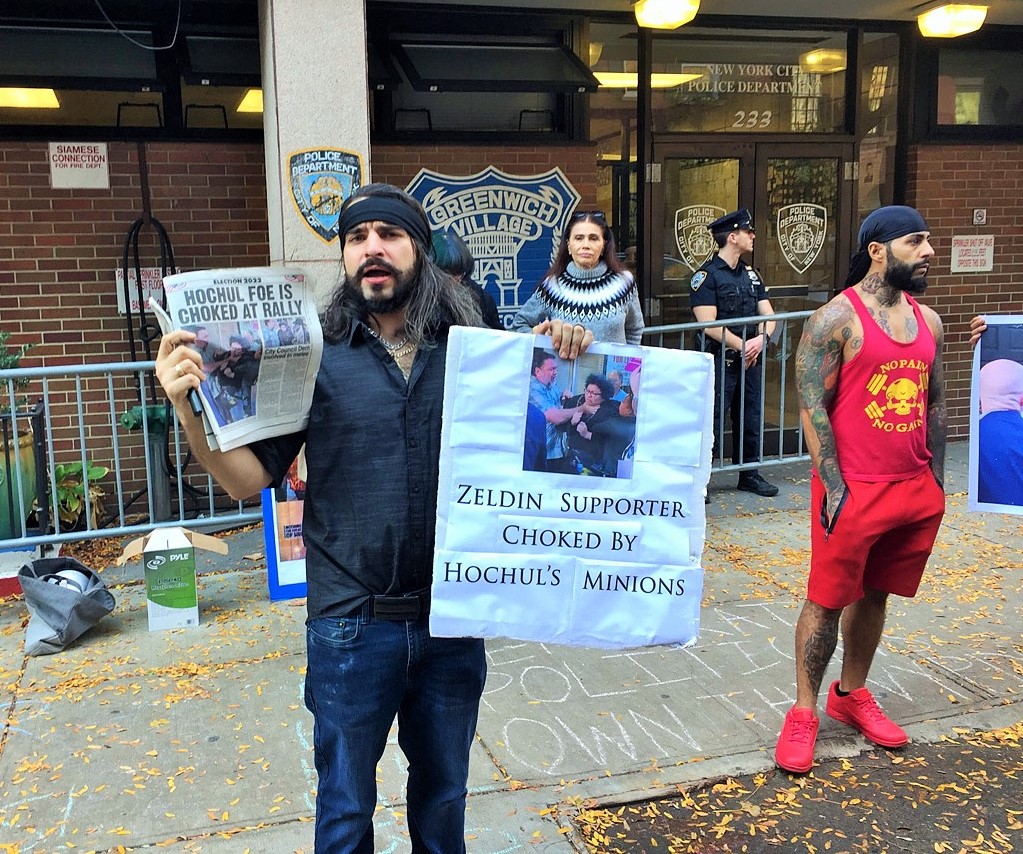 The protesters rallied outside the Greenwich Village precinct. (Photo by © Jefferson Siegel)

BY THE VILLAGE SUN | More than a dozen protesters rallied outside Greenwich Village’s 6th Precinct on Saturday afternoon to demand the arrest of an alleged Kathy Hochul supporter in connection with an altercation the previous Saturday near the Stonewall Inn.

A video of the incident posted to social media shows a man briefly putting his hand on a woman’s neck, allegedly choking her.

The confrontation took place at a get-out-the-vote rally for Governor Hochul outside the famed Christopher Street gay bar. The Democratic candidate was there with Andy Cohen, the host of Bravo network’s late-night, interactive talk show.

In the video, posted by Leeroy Press, as anti-Hochul protesters stood nearby, a man in a plaid shirt is seen putting his hand on the neck of a woman, whom the protesters outside the 6th Precinct said was Angelica Torres, a supporter of Lee Zeldin, the Republican gubernatorial challenger.

The protesters demanded to know why the man in the clip had not been arrested.

“Arrest him!” one woman shouted, while others chanted, “Shame on the 6th Precinct!” and “Fire Spataro!” referring to Deputy Inspector Stephen Spataro, the precinct’s commanding officer.

They also chalked messages on the sidewalk, including, “No Justice No Peace” and “Shame on Spataro.”

Spataro did not immediately to respond to a request for comment for this article.