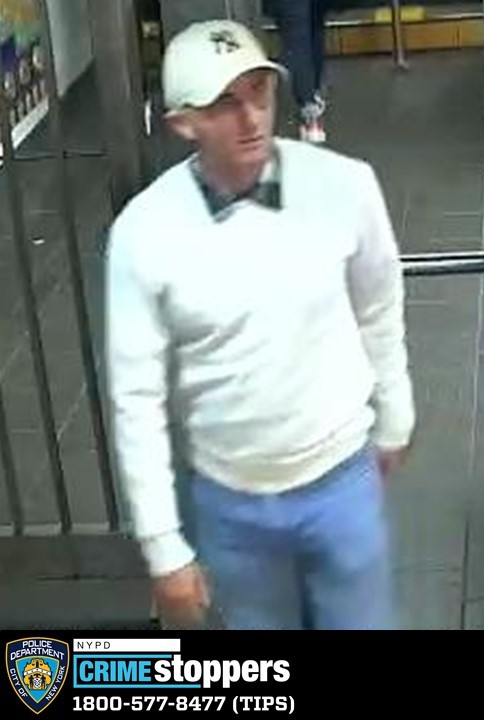 A surveillance camera image of the alleged suspect. (NYPD)

BY THE VILLAGE SUN | Police are trying to track down a suspect wanted for a sexual assault in the Lower East Side’s Two Bridges neighborhood.

Cops said that on Sat., Sept. 24, around 8:30 p.m., a 27-year-old woman was entering her residential building at Market and Madison Streets, when a stranger followed her into the vestibule. The man pinned the woman against a wall, began kissing her, then forcibly grabbed her buttocks, breasts and groin before fleeing the location. The suspect was last spotted walking eastbound on Madison Street toward Catherine Street. The victim declined medical attention.

The suspect is described as weighing around 160 pounds, standing 5 feet 6 inches tall, with a medium build, medium complexion and bald. Dressed a bit like a golf pro, he was last seen wearing a beige New York Yankees baseball cap, a plaid, collared shirt, a light-colored sweater, blue jeans and black sneakers.

Police released a surveillance photo of the suspect taken at the incident location.