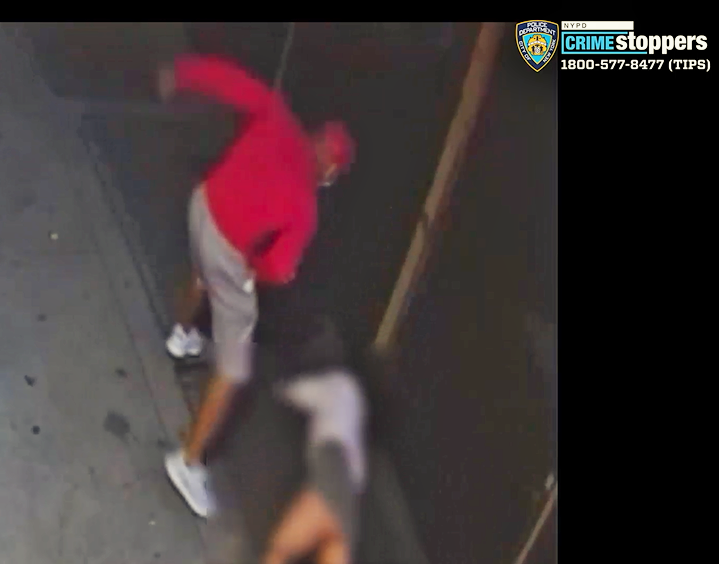 A screenshot from a surveillance video released by police of a mugging on Stanton St. on the early morning of Fri., July 23. (Courtesy N.Y.P.D.)

A woman on the Lower East Side was slugged in the face, flung to the sidewalk and robbed early Friday morning, police said.

Cops said that around 5:10 a.m. on July 23, the 29-year-old victim was approached from behind by a stranger in front of 19 Stanton St., between the Bowery and Chrystie St., just west of Sara D. Roosevelt Park.

The mugger socked her in the face with his fist and sent her sprawling to the pavement before taking her wallet, containing $130 and credit cards. He fled west on Stanton St.

There were no injuries reported.

The suspect is described as around 5 feet 10 inches tall, weighing 170 to 180 pounds and last seen wearing a red sweatshirt, red shirt, a white hat and white sneakers.

Police released surveillance video of the individual attacking the woman.