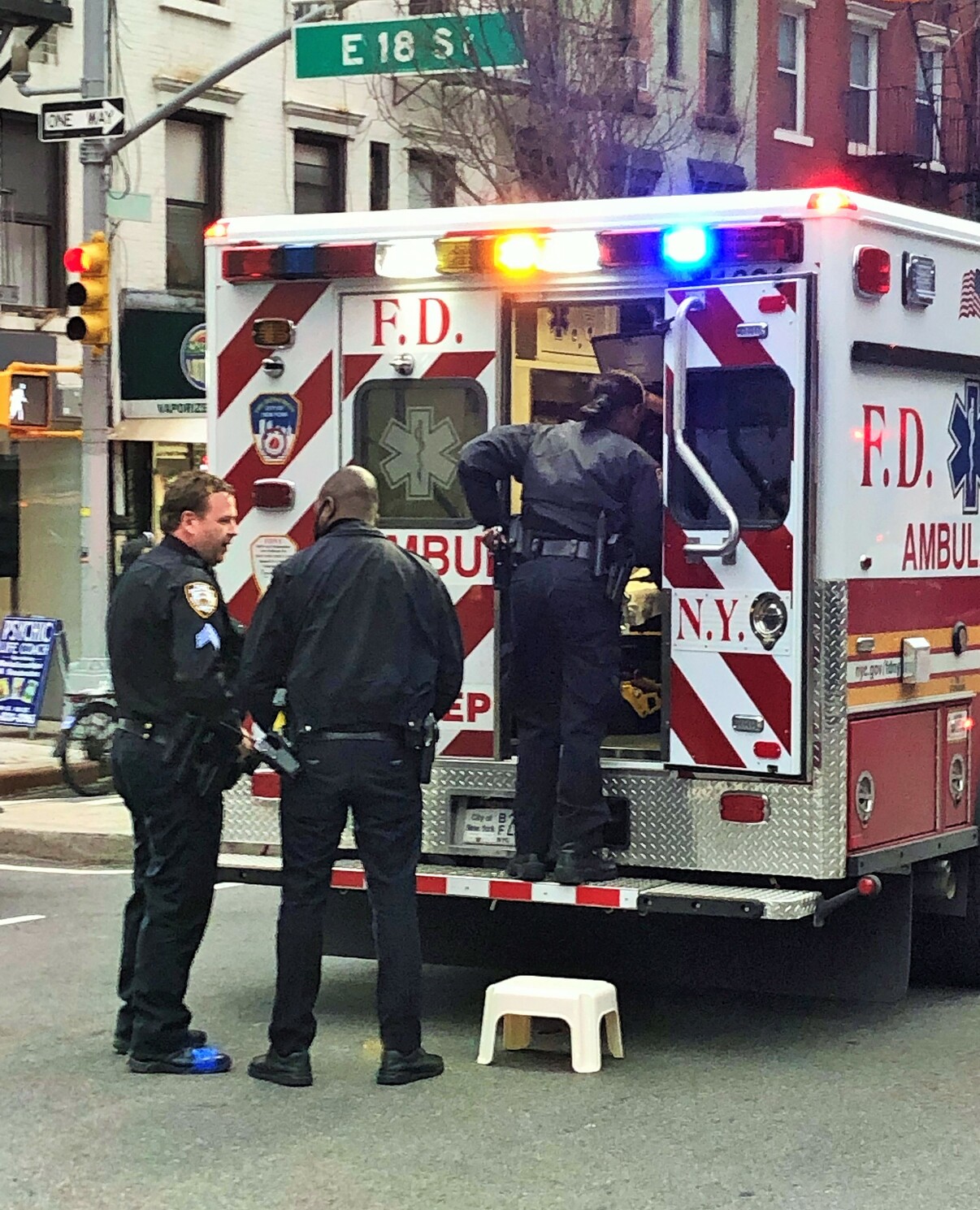 A woman who was reportedly struck by someone was apparently taken into an ambulance for treatment. (Photo by Keith J. Kelly)

BY KEITH J. KELLY | Two police cruisers and an ambulance responded to a call of a woman being assaulted on a street across from Stuyvesant Town on the evening of Wed., April 6.

The victim appeared to be sitting in an ambulance at the corner of E. 18th Street and First Avenue after what one officer on the scene said was a “domestic dispute.” Her name was not disclosed.

One of a handful of officers on the scene said that the assault was initially thought to be more serious, which was why two squad cars and a Fire Department ambulance were on the scene. The officer said the unidentified woman was hit but apparently did not suffer serious injury.

It could not be learned if any arrest was made at the scene.

Calls to the New York Police Department’s press department were not immediately returned.