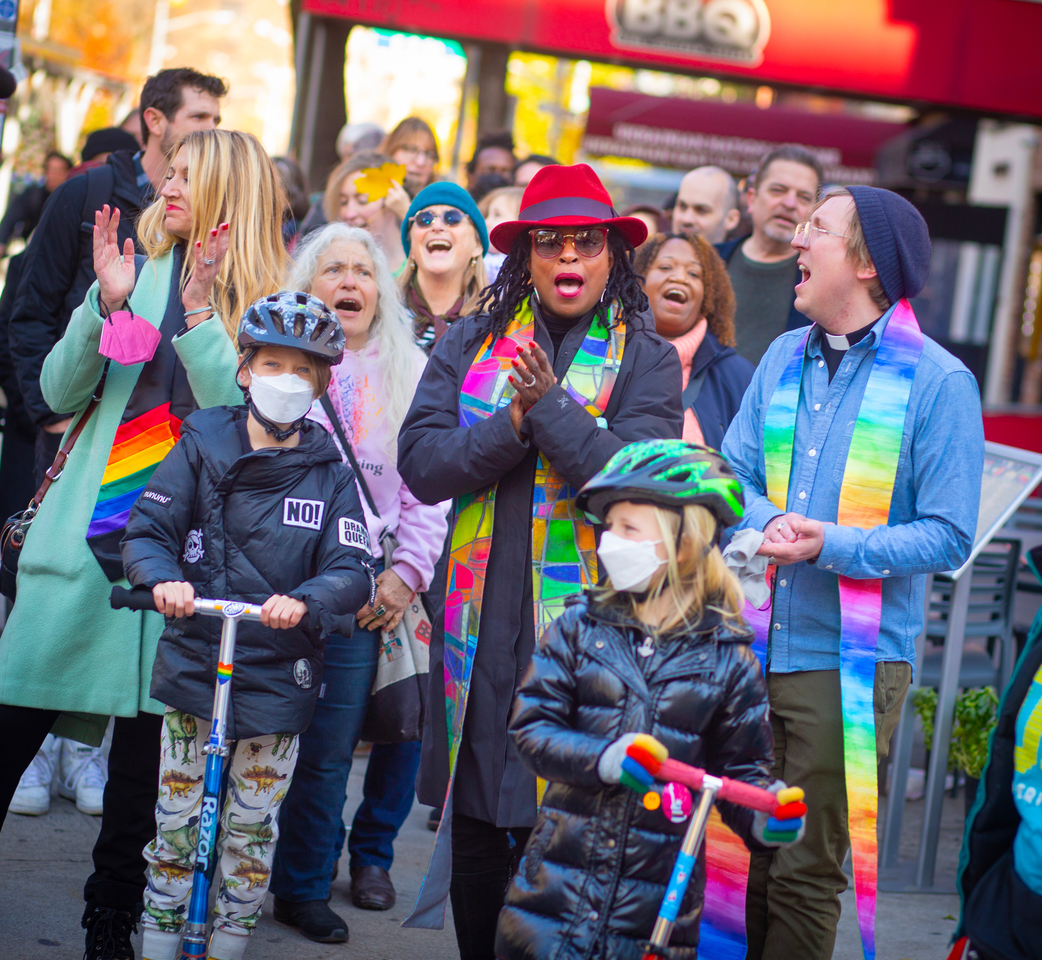 BY BONNIE ROSENSTOCK | On Sat., Dec. 5, 2020, a six-alarm fire all but destroyed the historic 128-year-old Middle Collegiate Church on Second Avenue between Sixth and Seventh Streets.

The blaze, which began at 5 a.m., originated in the vacant building (the cause was determined to be faulty electrical wiring), just around the corner from the Gothic church structure. Flames quickly engulfed and gutted both buildings, and only the church facade escaped destruction.

To mark the one-year anniversary of the tragedy, on Sun., Dec. 5, the church’s congregants first held Mass at their temporary home at Calvary Episcopal Church on 21st Street and Park Avenue South, and then took to the streets, marching and singing their way down Second Avenue.