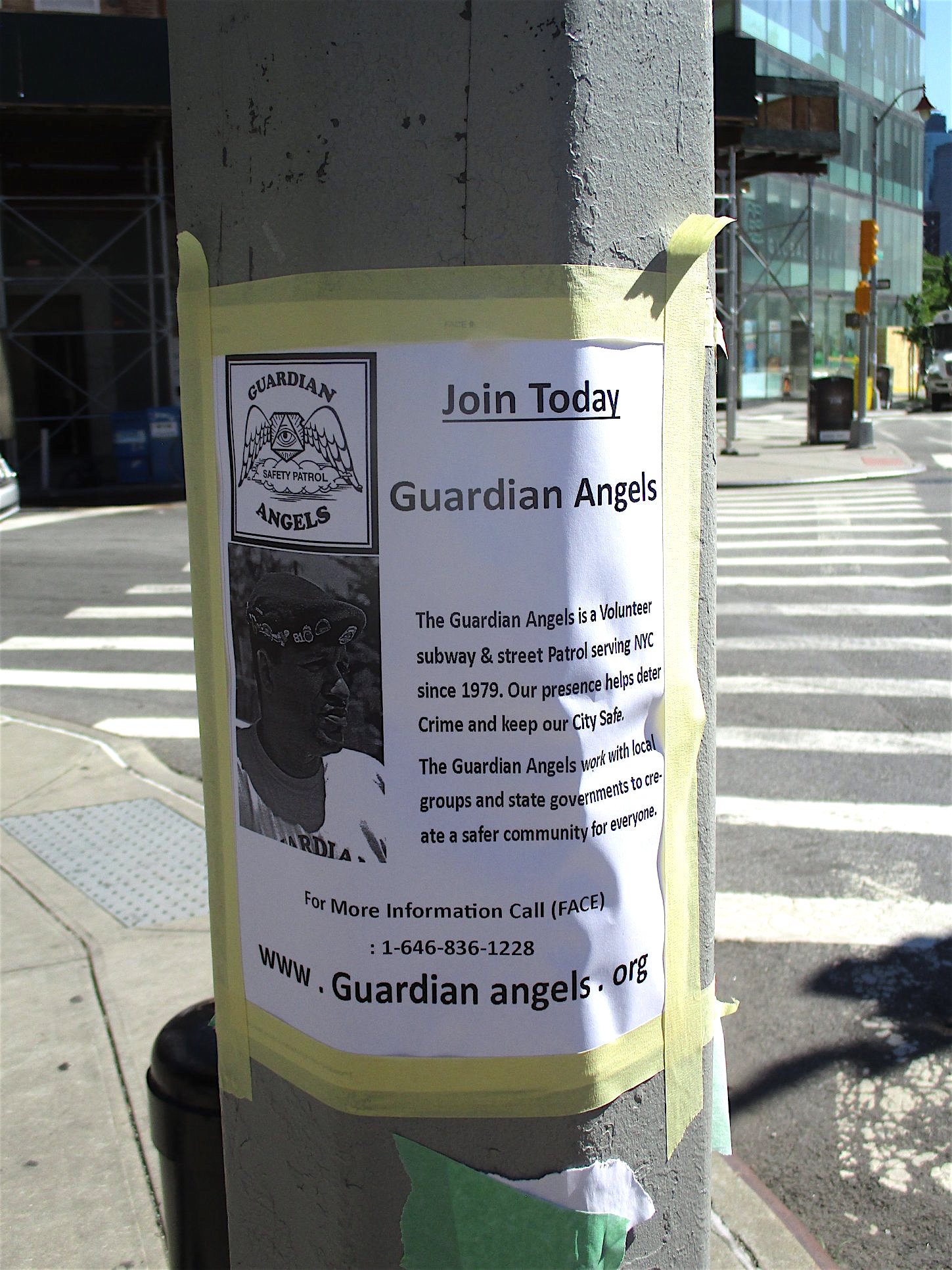 We want you, Guardian Angels say

The Guardian Angels and their founder, Curtis Sliwa, were back in the news recently as they tried to lend a hand when looting broke out Downtown.

Sliwa reportedly suffered a fractured jaw a few weeks ago while tussling with looters at a Foot Locker store in Soho, and another Angel suffered a broken eye socket and a broken nose.

The vigilante crimefighting group is currently said to have around 150 members — but is apparently trying to bolster its ranks. This poster, above, was recently spotted in the East Village seeking new recruits.

In March, Sliwa announced he intends to run for mayor of New York City in 2021 as a Republican.