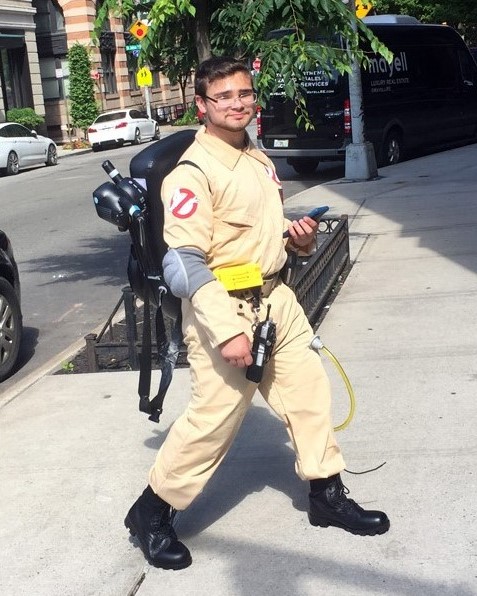 A Ghostbuster on his way to the Tribeca firehouse. (Photo by © Jefferson Siegel)

‘We got one!’ Ghostbusters Day enters another dimension

BY JEFFERSON SIEGEL | To the list of little-known holidays, add one more gaining in notoriety: Ghostbusters Day.

Since 2016, fans of the iconic movie have celebrated the anniversary of the film’s release, June 8, 1984. Last Saturday, days before the anniversary, a party kicked off at Hook & Ladder 8, the New York Fire Department firehouse on North Moore Street at Varick Street, where the film’s characters had their headquarters.

Participants wearing jumpsuits and carrying proton packs posed for photos. There were several ECTO-1 Cadillac ambulances identical to the vehicles in the film, exact in every detail right down to the atonal “eee-yow” siren.

According to their Facebook page, the Buffalo Ghostbusters organized the weekend gathering.