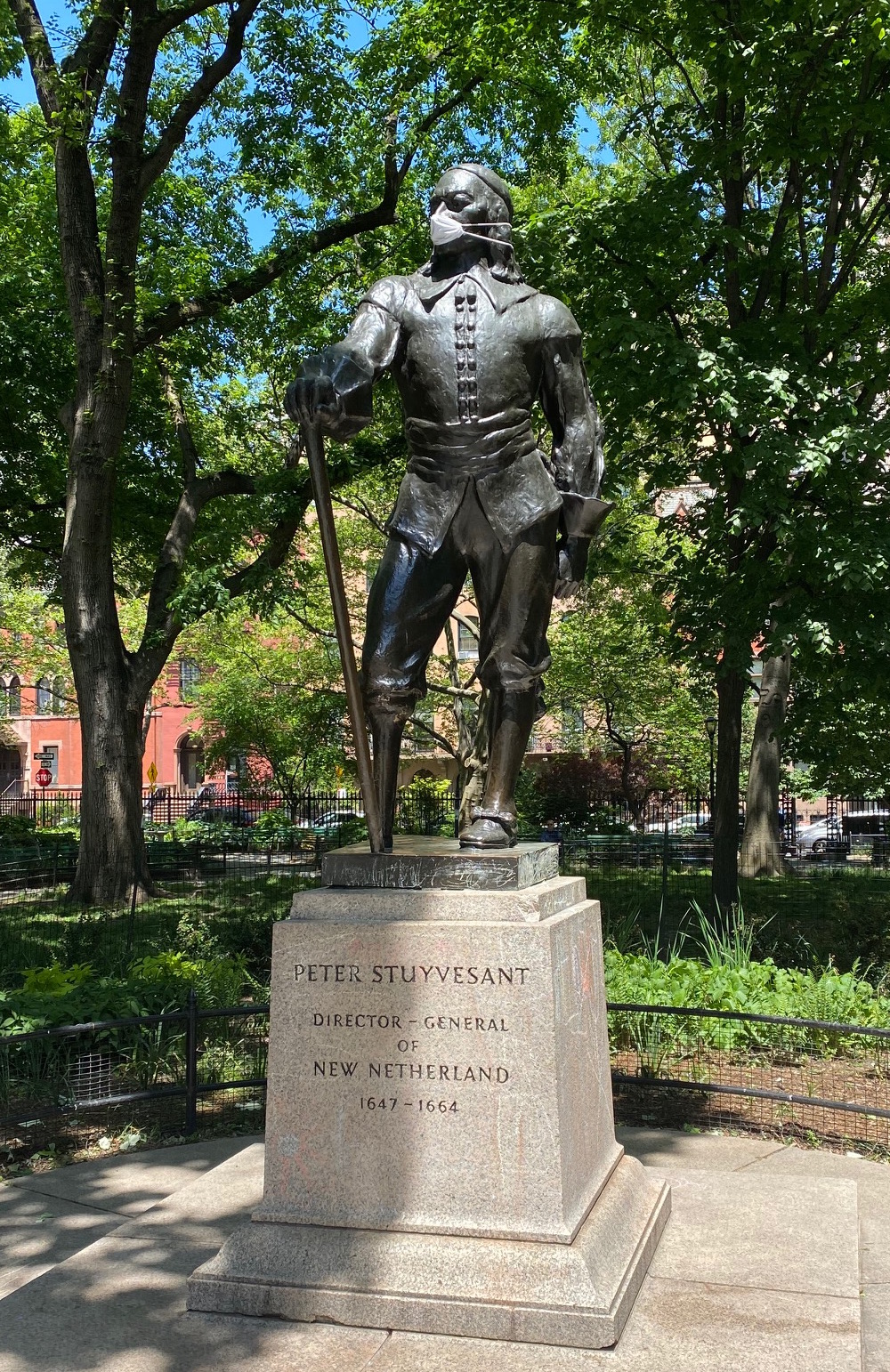 Befitting a former director-general of New Amsterdam, the Peter Stuyvesant statue in Stuyvesant Square Park is setting a good example by wearing a face mask.

Gertrude Vanderbilt Whitney, who created the sculpture in 1941, is best remembered for her founding of the Whitney Museum of American Art, in Greenwich Village, ten years earlier.

A bit farther Uptown, in the Bethesda Terrace arcade in Central Park, a classical guitarist focused on his performance while also sporting a mask.

In the East Village, the legendary Gem Spa is out of business — coronavirus having sealed the fate of the former egg cream mecca and counterculture newsstand. Yet, Jim Power’s “news pole” still stands proudly at the corner of St. Mark’s Place and Second Ave. It features The East Villager, a fine paper during its brief run.

But, as the “Mosaic Man” once explained, it’s also an “international pole,” hence the Chinese and Japanese motifs, and it also pays homage to the Fillmore East, which used to be down the block, hence the Jerry Garcia plate.