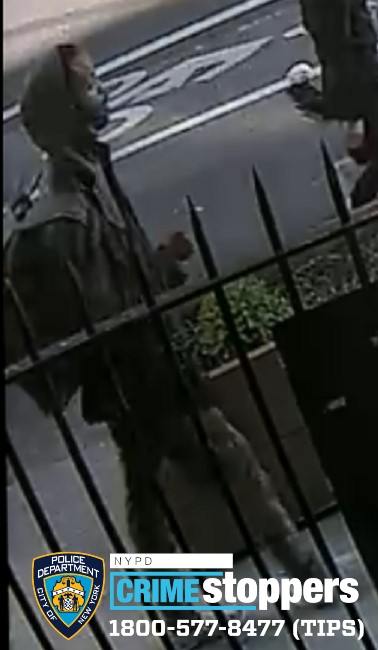 A surveillance photo of the alleged suspect. (Courtesy N.Y.P.D.)

A man was assaulted, leaving him with broken bones in his face, in an apparently random attack on Christopher St. one afternoon last month.

Police said that on Fri., April 23, about five minutes before 6 p.m., a 59-year-old man was walking past St. Veronica’s Church on Christopher St., between Greenwich and Washington Sts., when he was approached by a stranger who struck him in the face with an unknown object.

The victim suffered fractures to his cheek bone and sinus bone on the left side of his face. He first walked home, then went to Lennox Health Greenwich Village for treatment. A police spokesperson did not have information immediately available on whether the victim lived in the neighborhood.

The suspect is described as around age 30, 5 feet 9 inches tall, weighing 150 pounds and was last seen wearing a brown sweatshirt, dark-colored pants and a dark overcoat.

Police provided a surveillance camera photo of the alleged suspect.