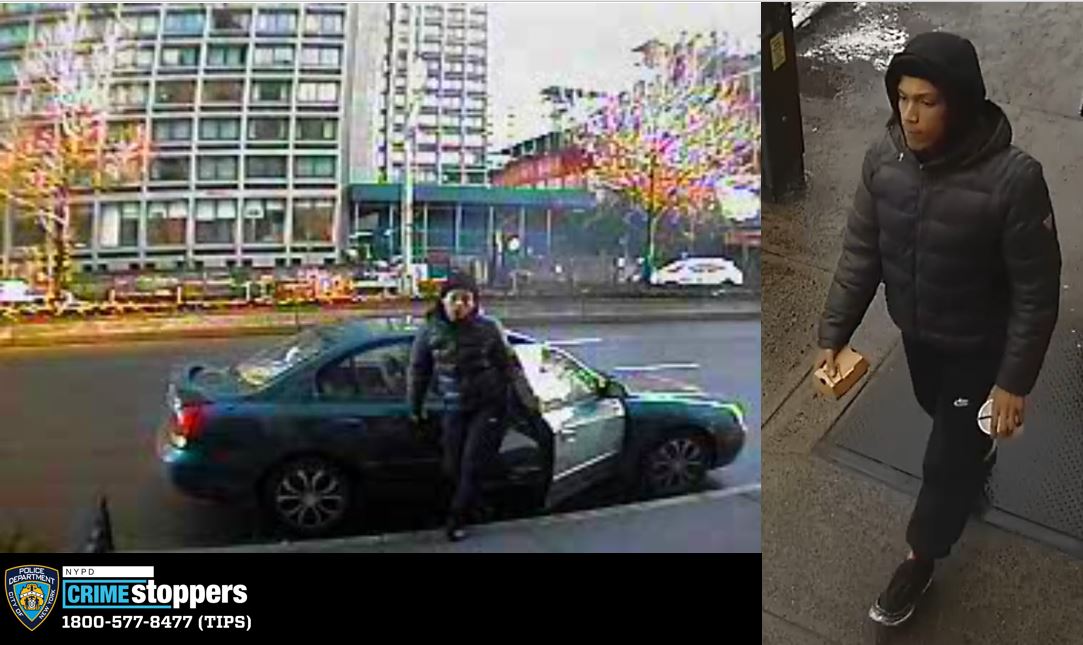 A purse-stealing perp — who rides in a car but targets pedestrians — recently struck twice in the Village, police said.

On Sat., Jan. 18, around 9:10 p.m., the suspect exited the front passenger seat of a car and approached a 26-year-old woman at the corner of W. 12th and W. Fourth Sts., according to police.  He tried to take the victim’s purse but failed, fleeing empty-handed in the vehicle, which drove off east on W. 12th St.

The next day, around 8:15 a.m., the same man allegedly approached a 69-year-old woman at the corner of W. Houston and Mercer Sts. and swiped her handbag, which contained three credit cards, a checkbook and $200 cash. With the purse in his possession, he jumped into a getaway car, which drove off southbound down Mercer St. from W. Houston St.

Police released photographs of the suspect, above.

Anyone with information should call the New York Police Departmetn’s Crime Stoppers Hotline at 1-800-577-TIPS (8477) or for Spanish, 1-888-57-PISTA (74782). Tips can also be submitted on the Crime Stoppers Web site at WWW.NYPDCRIMESTOPPERS.COM and on Twitter @NYPDTips.